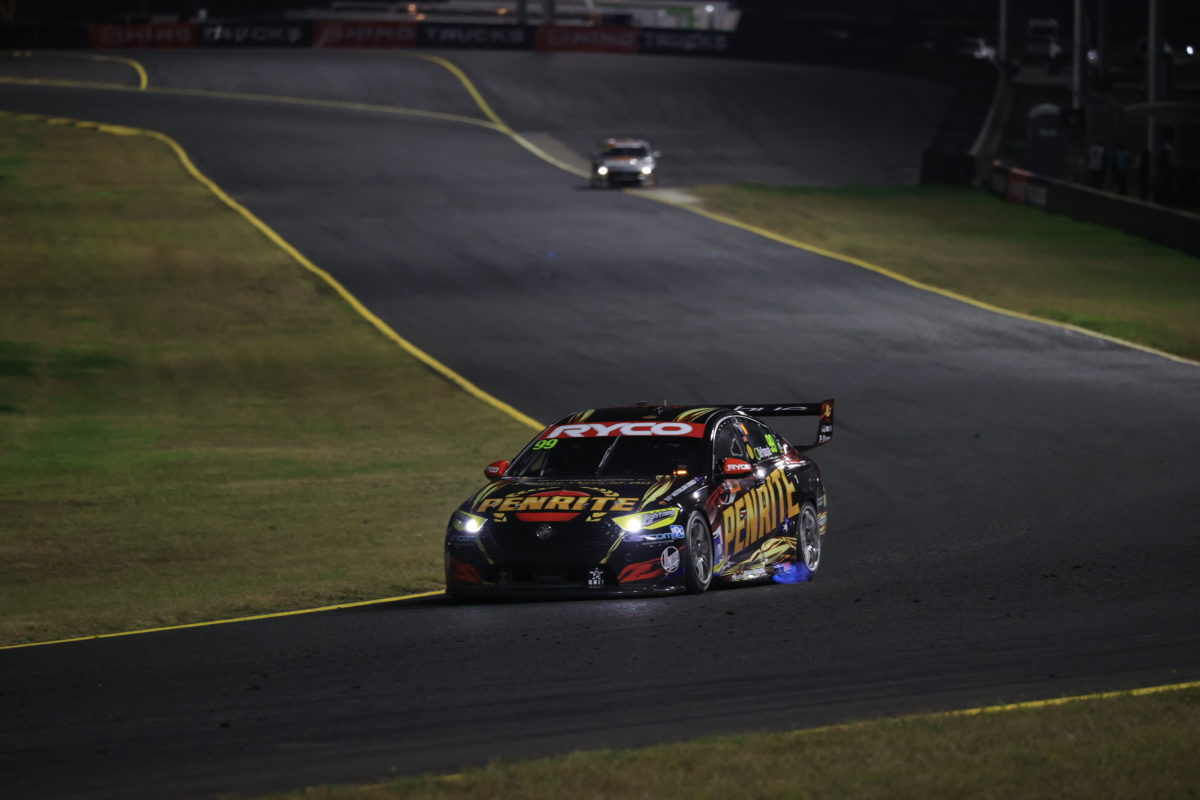 Barry Ryan has slammed Supercars’ new mixed tyre format as “fake racing” and “not exciting” after it was used for the first time in the Truck Assist Sydney SuperSprint.

Each entry was left with two sets of soft compound tyres and three sets of the hards for the three qualifying sessions, potentially a Top 15 Shootout, and three races, after handing back two soft sets following practice.

The allocation added to the challenge crews faced three weeks ago when they had to ration five sets of exclusively soft compound tyres across six stints of racing totalling 96 laps around Sydney Motorsport Park, a circuit characterised by particularly high degradation.

From the out, it was agreed that tyre strategy would have a major bearing on results, and so it was that Event 4 of the season saw four different drivers prevailing across a total of six races and qualifying sessions/shootout.

Penrite Racing’s Anton De Pasquale profited on Saturday night by using both of his soft sets in Race 10 to finish third, but was only 13th and 19th in the Sunday affairs.

His team boss is far from a fan of the format, especially in light of being away from its Victorian base and on the road.

“Supercars have done a great job with this whole COVID situation but the tyre allocation this weekend is just… I don’t think anybody’s a fan; it’s not real racing.

“You shouldn’t just be able to get a result because you played the ball or just do something different to everyone else. It’s not racing and it’s not exciting.

“The crew are down in the dumps about being away as it is, so all of this fake racing is just not good, so we’ve got to get back to real, hard core racing.”

Ryan was not the only critic, with Tickford Racing’s Cameron Waters suggesting that luck had too great a bearing on the outcome.

“It was just a lucky dip, when you played your tyres, and for us, we tried to spread our good tyres across a few races and didn’t have much left for that last one,” said Waters on Supercars Trackside.

“Personally, I didn’t really like this weekend’s tyre rules, but we tried to make the most of it and we rolled the dice and our numbers didn’t come up, unfortunately.”

Rick Kelly, on the other hand, spoke positively of the racing which the format produced.

“It was really good to race a few people,” said the Kelly Racing driver and co-owner on Supercars Trackside.

“I’ve got to say they got it right with the tyres this weekend; there were so many great battles.

“Since we’ve come out of the Eseries the driving standards up and down pit lane is really fierce but fair with cars going side by side everywhere; really aggressive driving which is what we want to see but nothing stupid.”

Another quirk of this weekend’s tyre allocation, and the freedom to use tyres any which way, was the jumble which it caused with respect to both the starting order of the Top 15 Shootout and the results of the one-lap dash.

The mixed tyre format was also slated to apply at Hidden Valley, Sandown, Symmons Plains and again at SMP for the season finale, although it is not yet known if there will be any changes as the calendar continues to be reworked in response to the COVID-19 pandemic.