Randle leads all the way in MWM one-two at SMP

Randle leads all the way in MWM one-two at SMP 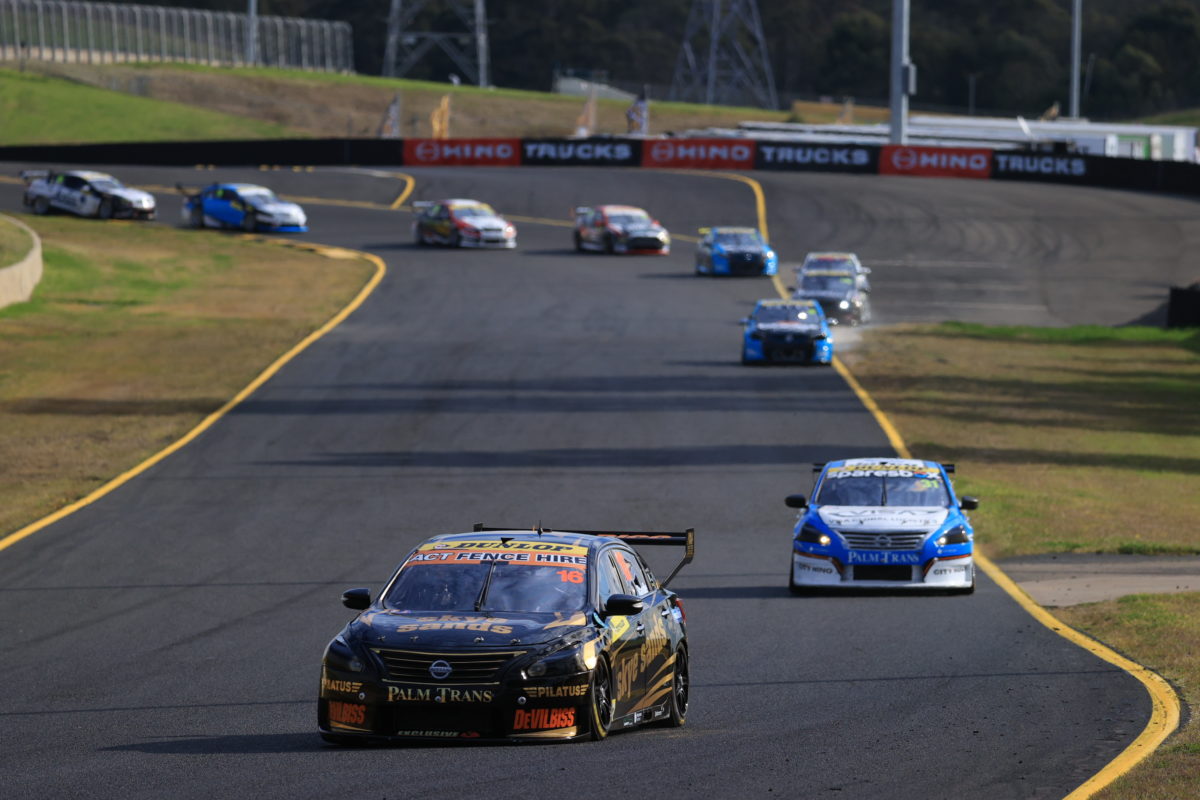 Ojeda, Super2’s leading rookie, challenged Randle at the first corner of the 18-lap conclusion to Round 2 of the season but never got close again.

It was Broc Feeney outside of Randle on the front row for the start but the former stalled his #5 Tickford Racing FGX Falcon and plummeted to the other end of the 22-car field.

Ojeda (#31 Altima), however, was able to go with the pole-sitting #16 Altima through the first corner from Row 2 on the grid, before filing into second spot out of Bond Bend.

Kostecki had reportedly saved two new tyres for the finale and was clearly keen to make early progress, attempting to round up Mouzouris (#10 VF Commodore) through Brock’s 05.

That did not come off but the Round 1 winner was successful in making an outside move for third position at the second attempt, around Corporate Hill, before Brown got Mouzouris off the Turn 8 Hairpin.

While that released them to go after the MWM pair which headed the field, Randle was already around three seconds up the road from Kostecki and had six tenths on Ojeda at the end of the standing lap.

Those margins only grew as the race wore on, and Randle eventually bagged a second win of the season by 4.4554s.

Ojeda was comfortable in second, while Brown tailed Kostecki for the final five laps but did not seriously threaten.

Feeney got back to eighth and Jaylyn Robotham added to MWM’s honours by again winning the Super3 class in ninth outright in the #28 FG Falcon.

Jordan Boys (#49 Image VF Commodore) was 10th outright, one up on the second of the Super3 runners in Declan Fraser (#777 Anderson Motorsport FG Falcon).