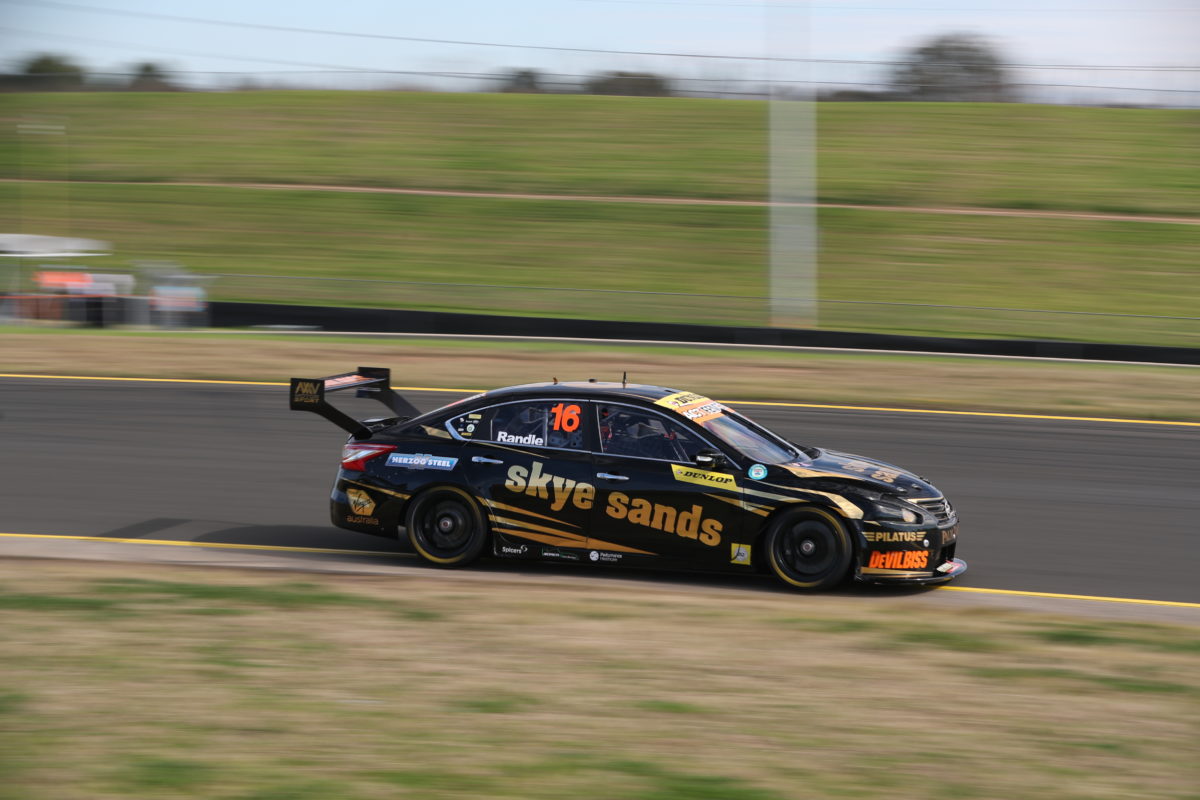 Thomas Randle remains unbeaten in Dunlop Super2 Series qualifying in 2020 after claiming pole for Race 2 of Round 2 at Sydney Motorsport Park.

Randle, who was penalised before being reinstated to second position after the previous night’s race, was among the last to finish the 15-minute Sunday qualifying session when he clocked a 1:31.5336s.

That was enough for the MW Motorsport driver to usurp Tickford Racing’s Broc Feeney by 0.1124s, making for an identical front row to the day earlier.

Feeney was the first of three rookies on the top four, with local boy Jayden Ojeda taking third in another MWM Altima and Triple Eight Race Engineering’s Angelo Mouzouris earning the outside second row berth.

Jaylyn Robotham, who topped the Super3 class in Race 1 of the weekend, had been fastest at the end of the first runs with a 1:32.4950s on his second flyer in his #28 MWM FG Falcon.

That effort left him four tenths clear of outright Race 1 winner Will Brown (#999 Image Racing VF Commodore) at that point, while Round 1 winner Brodie Kostecki (#38 Eggleston Motorsport VF Commodore) was 14th after an off at Moffat Corner.

Feeney then put in a 1:31.6460s in the #5 FGX Falcon just prior to the chequered flag, after which Brown crept back up to third.

The second and final 18-lap race of the weekend is due for a start at 13:45 local time/AEST.