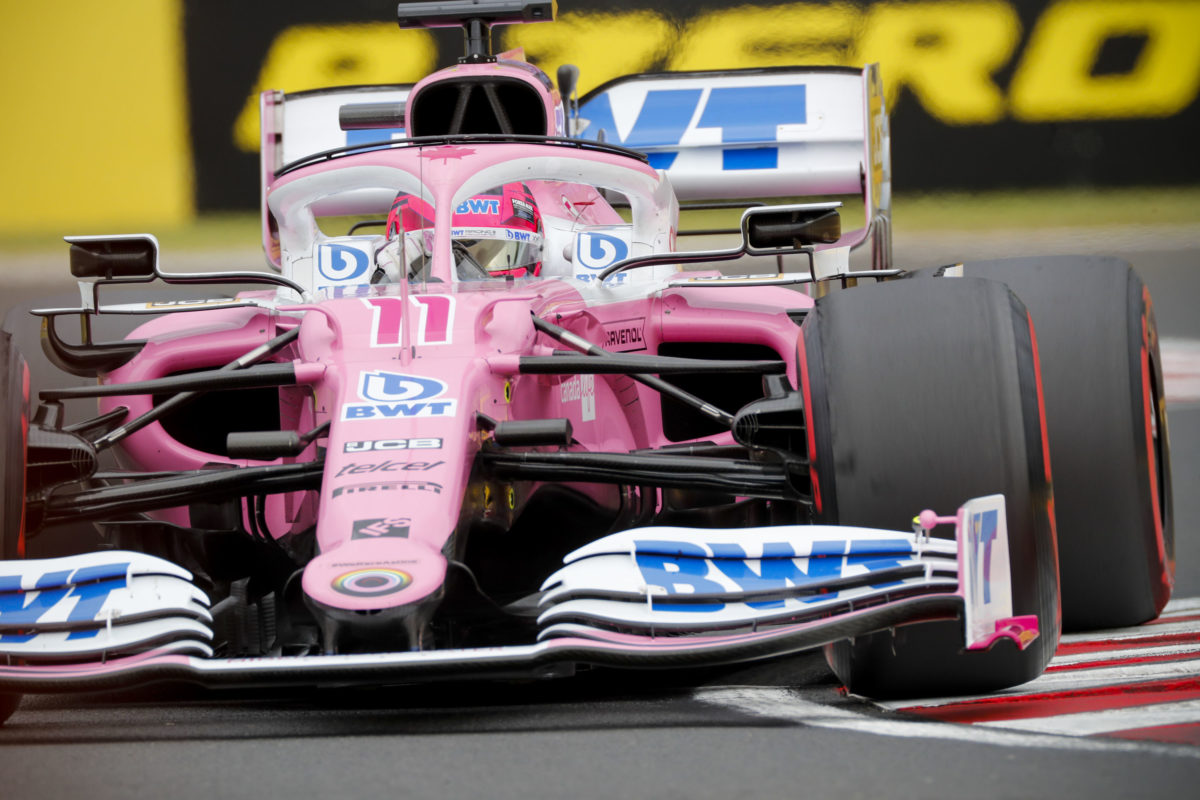 Sergio Perez has revealed he battled dizziness during qualifying for the Hungarian Grand Prix but still manged to qualify fourth for Racing Point.

He’ll join team-mate Lance Stroll on the second row after an impressive performance from the team.

Perez set just a single timed lap in Qualifying 3, after having his first effort invalidated for running wide at Turn 4.

His ultimate 1:14.545s lap was just under two tenths off Stroll, and a similar gap ahead of Sebastian Vettel in fifth.

“It was a good result for the team but from my side a lot of things happened,” Perez said.

“During qualifying I wasn’t feeling 100 percent, physically. For some reason I started to feel dizzy during the session.

“I’m a bit sore on the neck from yesterday,” he added

“It happened suddenly. My neck hurts a bit but I suddenly started to feel dizzy in some parts of the circuit.

“Even so, with all that, to be fourth is a good result for tomorrow.”

Both Racing Points progressed to the final part of the three-part session after using medium compound tyres during Qualifying 2, offering greater strategic freedoms in the race.

“I think it is a great result for the team,” Perez said.

“We looked good all the way through.

“I’m happy with the team results, and hopefully tomorrow we can put it together in the race and score a lot of points for the team.

“We have a good pace. We are starting with the medium compound so I think that can benefit us tomorrow.”

Third on the grid, Stroll believes the decision to use medium compound tyres in Qualifying 2 was the right call.

All other teams, with the exception of Mercedes, opted for the faster soft compound rubber.

“We’ve had the pace so today was about piecing it all together in Qualifying and it was a great job by the whole team to ensure that we did,” Stroll said.

“It was definitely a gamble to try to make it into Q3 on the medium tyres, but it proved to be the right call.

“We’re in a good position tomorrow to try and score some big points for the team.”

The result for comes as an investigation into Racing Point’s car, dubbed the ‘Pink Mercedes’ continues with the FIA.

An outcome is expected before the British Grand Prix in two weeks’ time.

The Hungarian Grand Prix gets underway at 23:10 AEST this evening.