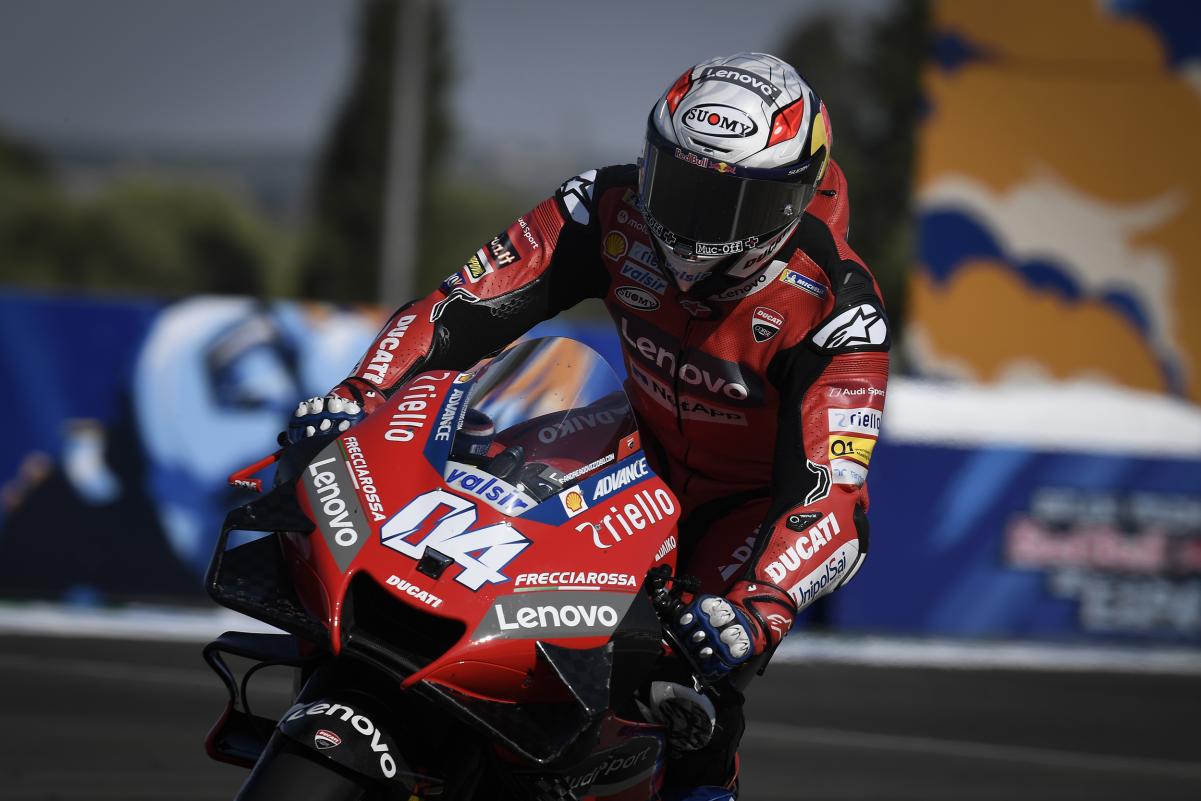 Jack Miller has expressed a mild preference for Andrea Dovizioso to be his future team-mate against the backdrop of a possible Jorge Lorenzo comeback with the Ducati Team.

Miller was Ducati’s first signing for the 2021 MotoGP season in a deal which will see him step up from Pramac Racing to the factory team.

While Honda, Yamaha, Suzuki, and KTM have now all finalised their factory line-ups for next year, the Bologna marque has still only confirmed a rider for one of the four seats which it controls across its own team and Pramac.

When the matter was raised in a Fox Sports preview, Miller was not unequivocal about who he would like alongside him at the Ducati Team, although he would rather the incumbent Dovizioso.

“I don’t really mind who I’ve got as my team-mate,” he responded to a question about whether or not he would like to have Lorenzo as a team-mate next year.

“My main goal would be to have Dovi but we’ll see what he decides to do.

“He’s got so much experience there with the Ducati and he’s a fast rider and, I think, somebody I’ll be able to learn off, but it’s completely out of my hands.

“I’ll just do my job and we’ll see who gets in the box next to me.”

Dovizioso has finished runner-up on a Desmosedici for the last three years, but Lorenzo, a three-time premier class world champion for Yamaha, was just starting to hit his stride with Ducati in 2018 when he signed a contract to go to Honda.

A shocking season followed, near the end of which the Spaniard made the decision to retire.

Lorenzo, who is back in the Yamaha fold as a test rider, stated last month that he would entertain an offer from Ducati should one be forthcoming but claimed that no talks had yet taken place.

However, factory Team Manager Davide Tardozzi has revealed at this weekend’s Spanish MotoGP that semi-formal contact has since been made between the two parties.

“It’s obvious Jorge has a very good relationship with Gigi (Dall’Igna, Ducati Corse General Manager), and when it was his birthday he had the chat with Gigi and from then maybe something grow up in his mind.

“But it’s only a friendly talk so far, there is nothing serious so far and we will take the decision only after the August races.”

Dovizioso’s manager, Simone Battistella, declared on a MotoGP podcast earlier this month that his client would be willing to take a year out after protracted contract negotiations.

“Andrea is not thinking about retiring,” said Battistella.

“He feels strong and still has the motivation to win, he is in very good shape.

“Sometimes, however, there is simply no place for you in the puzzle, so you have no choice but to take a break from racing.”

Future Yamaha factory rider Fabio Quartararo has qualified on pole for tonight’s Spanish MotoGP, while Miller will line up in fifth.

MotoGP is live on Fox Sports