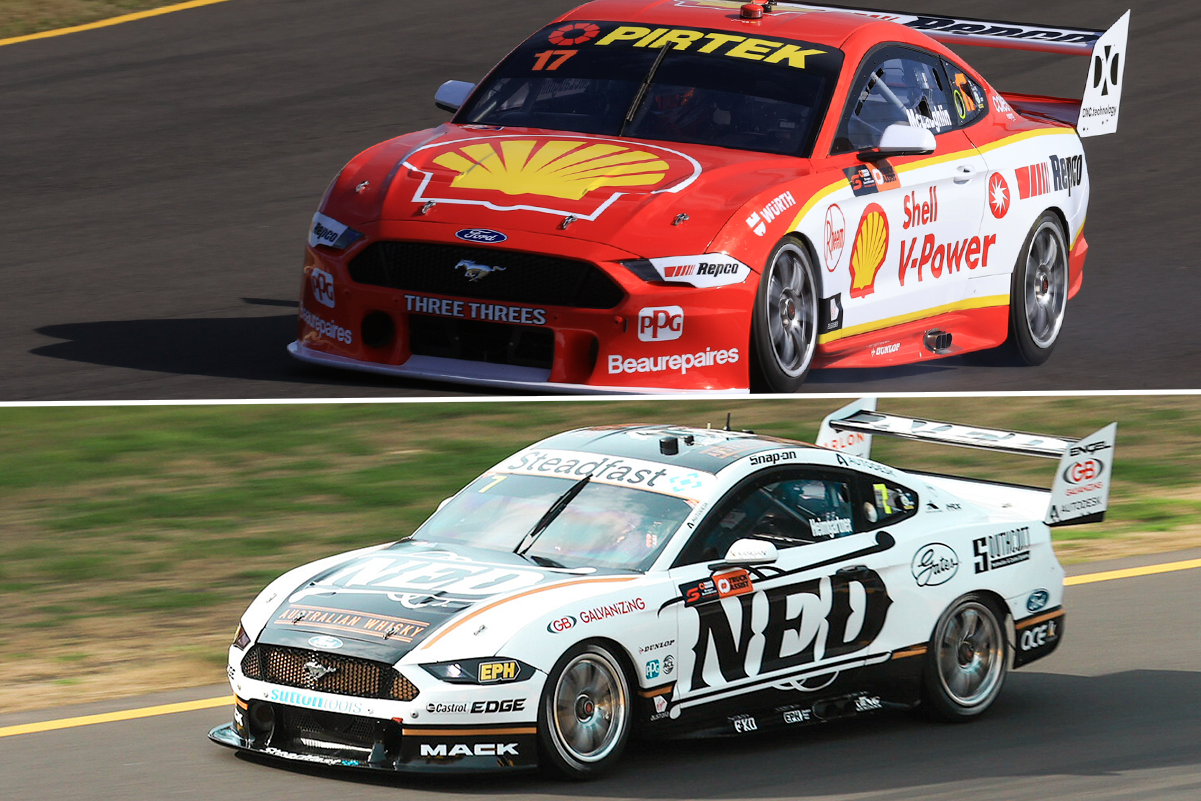 McLaughlin managed to achieve third on the grid for his #17 Shell V-Power Mustang in the latter 10-minute session but the Red Bull Holden Racing Team entries of Jamie Whincup and Shane van Gisbergen are each buried in the field for the start of one of this afternoon’s two 32-lap races.

Van Gisbergen is, however, on the front row for Race 11 and Whincup for Race 12, with both having used soft tyres in one session and hards in the other.

The first qualifying session of the day at the Truck Assist Sydney SuperSprint was effectively decided in the final two minutes of the session, after a handful completed exploratory runs on soft tyres early on and others started on hards.

McLaughlin took over the lead which each of the Team 18 drivers briefly held during the late flurry when he laid down a 1:28.5403s on new soft rubber, after which van Gisbergen (#97 ZB Commodore) fell just 0.0268s short on the same tyre strategy.

Percat was the lone Australian in the top five with a 1:28.9762s in his Brad Jones Racing entry, 0.4091s away from van Gisbergen but ahead of Heimgartner (#7 Ned Whisky Mustang) and Fabian Coulthard (#12 Shell V-Power Mustang).

The latter’s team-mate, Scott Pye (#20 DeWalt ZB Commodore) ended up 11th having momentarily been fastest, while Whincup (#88 ZB Commodore) will start Race 11 all the way back on the inside of the 10th row.

The Triple Eight Race Engineering driver was first of the few who set their fastest lap on the hard compound but may not have made the best of the new boots given he incurred a kerb strike at Brock’s 05, then managed a 1:30.7876s with the chequered flag out.

Todd Hazelwood was an unrepresentative 1:58.2897s as he brought up the foot of the timesheet in the #14 Brut ZB Commodore.

Heimgartner was fastest of the 10 drivers who ventured onto the circuit in the initial minutes of Qualifying for Race 12 with a 1:28.5816s on new soft tyres.

When the rest rolled out, McLaughlin came up 0.1930s shy on his only flyer having had his soft tyres from the preceding session swapped from side-to-side.

Whincup then closed to 0.1131s away from the lead Kelly Racing entry, which remained in the pits, with new soft compound tyres on Car #88.

“It was all strategic,” said Whincup.

“We elected to run the hard tyre on, give away a race in some way to have a better shot in Race 3 (of the event). We won’t know until the end of the weekend what was the best strategy.

“Scott’s obviously very quick. Having the fastest car is always the best strategy but with what we’ve got, we’ll see how we go.”

Seventh through ninth were Jack Le Brocq (#55 Supercheap Auto Mustang), Mostert, and Waters, while Rick Kelly saw to it that both of his team’s cars made the top 10 in both sessions.

Pye was 11th yet again, Hazelwood took 12th, and Coulthard was 13th on used soft tyres.

The four who set their fastest laps on the harder rubber brought up the rear, with Lee Holdsworth (#5 Truck Assist Mustang) 21st on a 1:30.5980s and van Gisbergen 22nd at another 0.0017s slower.

Race 11 of the Virgin Australia Supercars Championship is scheduled to start at 12:25 local time/AEST.