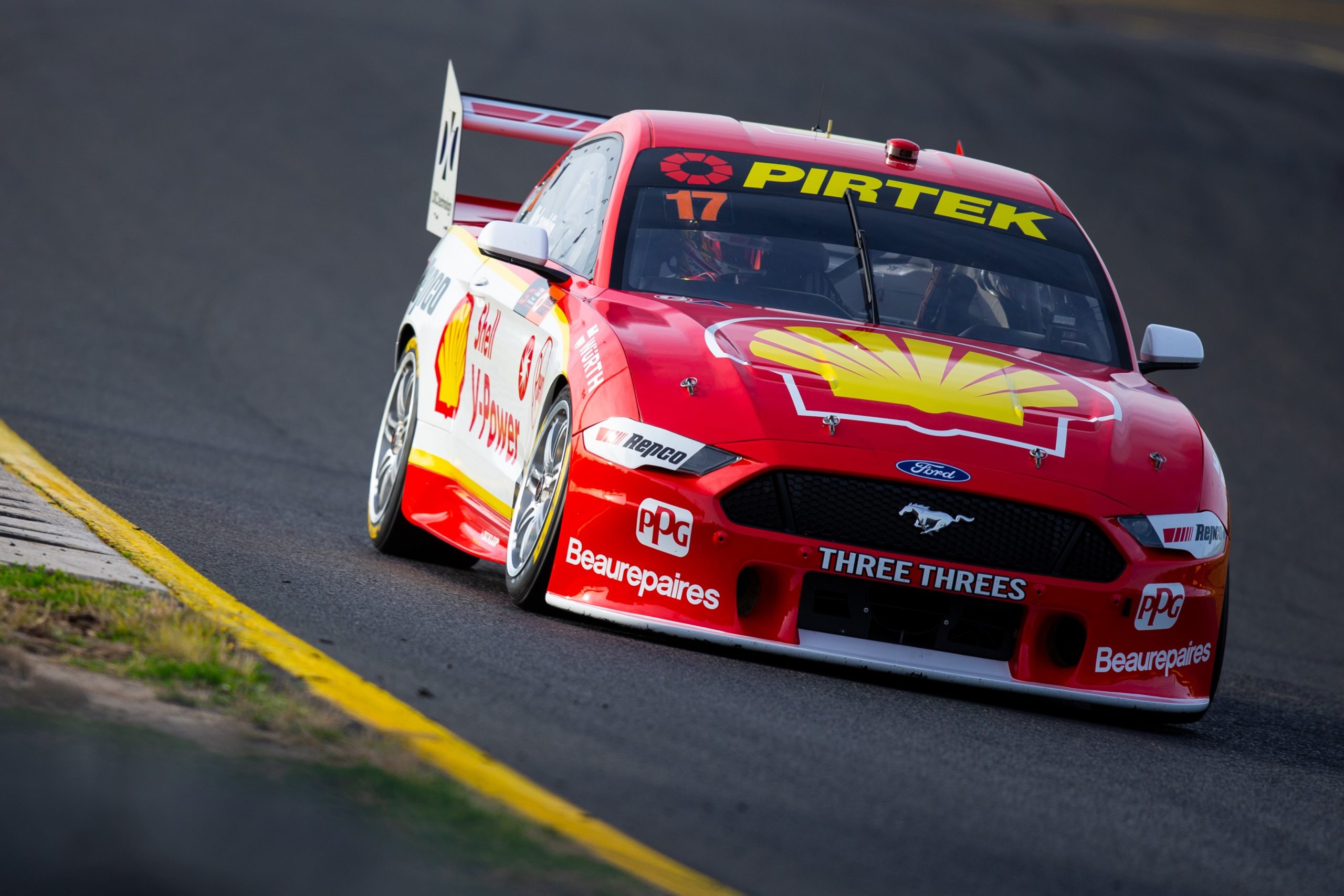 Scott McLaughlin says drivers who make it into the shootout should be given an additional set of qualifying-only tyres to level the playing field.

Limits on tyre allocation at the Truck Assist Sydney SuperSprint saw a mixed bag of results from Part 2 of Qualifying to the Top 15 Shootout.

Several drivers made it into the shootout by using soft tyres but then used hard tyres for their shootout lap, ultimately compromising any chance of qualifying up the grid.

The trio occupied 13th, 14th, and 15th respectively between 1.7s and 3.1s adrift of the qualifying record time set by McLaughlin.

The Shell V-Power Racing Team driver said he thought those who made it into the shootout should all be given a dedicated set of qualifying-only tyres to be handed back.

“For the shootout, we should all have got one set of tyres and just used it for that lap – and then we give it back,” said McLaughlin.

“I think we need to make it so we’re all on the same allocation.

“But I thought it would be cool to see us all on the same playing field.

“Chaz is out there qualifying on hards and I’ve got green softs, some people are on new softs.

“Sometimes that happens in normal shootouts but I think it would be nice if it was level and everyone had a crack.”

Not only was there a disparity in tyre compound, but tyre life was also an issue.

Penrite Racing driver Anton De Pasquale qualified eighth on a 1:28.7907s after running his soft tyre set for a third time in the shootout.

“I ran my third run on those tyres so they took a bit of life out of them.

“I didn’t really have a shot of being out the front, but in hindsight, that’s what we needed to do to get an ultimately better result.

“It would have been nice to have another set.

“I think that would have made everyone less conservative so it’s probably the way to go but we’ll leave that up to them and we’ll just drive the cars and have fun.”

The BetEasy Darwin Triple Crown will see a Top 10 Shootout return, an event that will see the same mix of soft and hard compound tyres in line with the Truck Assist Sydney SuperSprint.