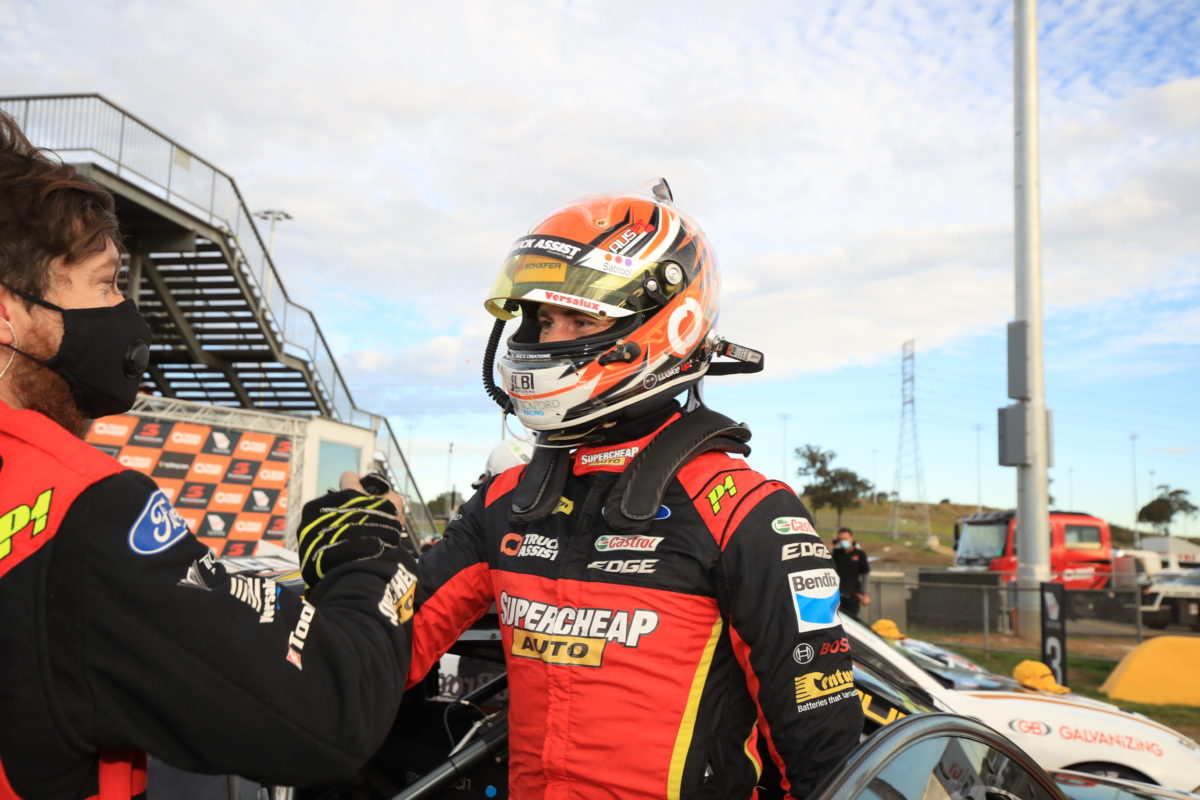 Le Brocq took victory in Race 12 of the season at the Truck Assist Sydney SuperSprint, his fourth event back with the team with which he also finished runner-up in the 2016 Dunlop Super2 Series.

The outcome was a far cry from particularly the latter of his seasons with Tekno, when he finished better than 20th only seven times in 30 races and was even the subject of speculation that he would be dumped early in the campaign.

“It’s unreal, it’s an awesome feeling, I’m over the moon for everyone in the team for giving me this opportunity,” said the Supercheap Auto Mustang driver.

“After the year we had last year, your confidence always takes a knock.

“We were on struggle street last year but these guys have given me the opportunity to show what we can do in a race car, and given us an awesome set of wheels to do that with.

“(I’m) just learning a lot from them, they’re very good at building my confidence up and they’ve done an awesome job of that over the past six months already to start the year.

“We’re only three (complete) rounds in so I’ve got a lot to learn with how to drive this car correctly but I’m loving every moment and they’re doing a ripper job of helping me get up to speed.”

The mixed tyre format ensured that there would be variability in results across the three races at Sydney Motorsport Park, but Le Brocq’s crew had actually been eyeing off a more balanced performance across the Sunday encounters.

“At the start of the weekend, we were always going to write the Saturday off with hard tyres,” he explained.

“That was always our plan, to sort of give us the opportunity of a better Sunday,” he explained.

“The plan wasn’t actually to put all the eggs in one basket for one race day today but we had a bit of a bump and a bit of mischief at the start of Race 2 this morning (Race 11), so we decided just to put another set of hards on it and press on from there.

“It ended up working out alright, so pretty happy.”

Le Brocq finished 16th in Races 10 and 11, using a hard-hard strategy in both, before bolting on softs for both stints of Race 12 after qualifying seventh for the latter.

Having dropped from 14th to 15th in the championship in Race 10, he has crept back to 13th, seven points behind fellow Race 12 podium finisher Todd Hazelwood.