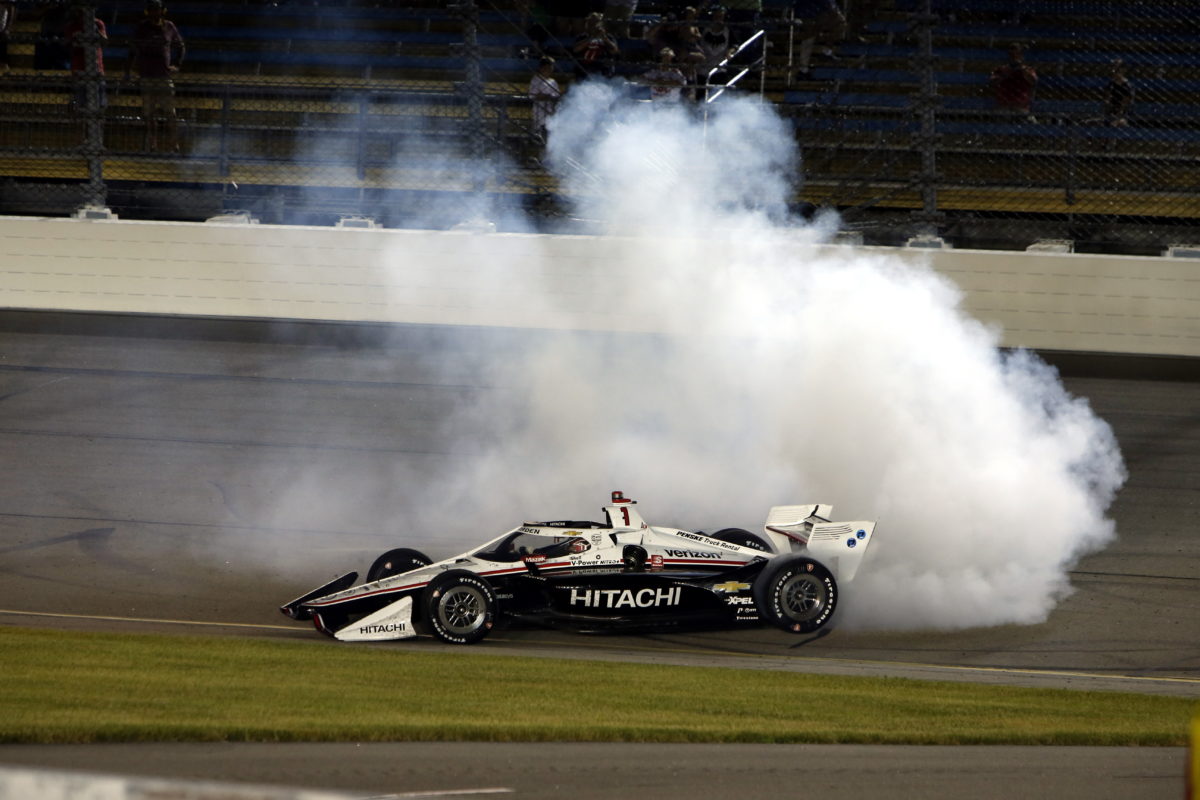 Reigning series champion Josef Newgarden has claimed the first win of his title defence in the second leg of IndyCar’s doubleheader at Iowa Speedway.

The pilot of the #1 Team Penske entry dominated the 250-lapper from start to finish, with Newgarden leading a whopping 214 laps to open his 2020 account in fine style.

It was a perfect return to winning form for Newgarden, who after missing out in the first leg due to an untimely Caution, launched from his third pole position of the season into an early lead ahead of Penske team-mate Will Power and Conor Daly (#59 Carlin).

Simon Pagenaud, the surprise last-to-first winner of the first Iowa leg, was first to dive to pit road on Lap 48 as he looked to maximise an alternate strategy. Nine laps later, team-mate Newgarden pitted from the lead.

The first Caution was called on Lap 114 when Ed Carpenter made contact with the outside wall. On the Lap 126 restart, Newgarden and Patricio O’Ward (#5 Arrow McLaren SP) checked out ahead of Power, Graham Rahal (#15 Rahal Letterman Lanigan Racing) and Pagenaud. Rahal quickly cleared Power, who dropped back into the clutches of Pagenaud.

O’Ward closed on Newgarden as the leader struggled to make his way through traffic. However, the Arrow McLaren SP team’s hopes of a win for the #5 were dashed when O’Ward had to be dragged back into his box due to a loose left rear wheel during his Lap 171 stop.

A second Caution was called after Ryan Hunter-Reay hit the inside wall coming off pit road while running second. Newgarden retained the lead ahead of the Lap 192 restart, leading Power, Daly, Rahal and Pagenaud.

As Newgarden set about creating a gap, Power battled to clear traffic, which also helped Daly keep sight of the 2014 series champion. Rahal, who started 19th, kept pace with Daly before Pagenaud joined the party.

Once Daly pitted on Lap 216, Rahal and Pagenaud were freed, and in good time as championship leader Scott Dixon – who started 18th – began to close in.

However, Newgarden was peerless on the night, leading home Power in a Penske one-two as Rahal denied Pagenaud to claim his first podium finish since the GMR Grand Prix earlier this month.

“I don’t know what we’ve got to do to keep the bad luck off of us, but hopefully this is a start,” said Newgarden, who became the first pole-sitter to win at Iowa.

“Our guys did an amazing job yesterday, I was so disappointed for them, I was angry for them because I felt they had the winning car.

Dixon retained his series lead, albeit by 49 points ahead of the championship’s return to Mid-Ohio Sports Car Course for the Honda Indy 200 on August 9.