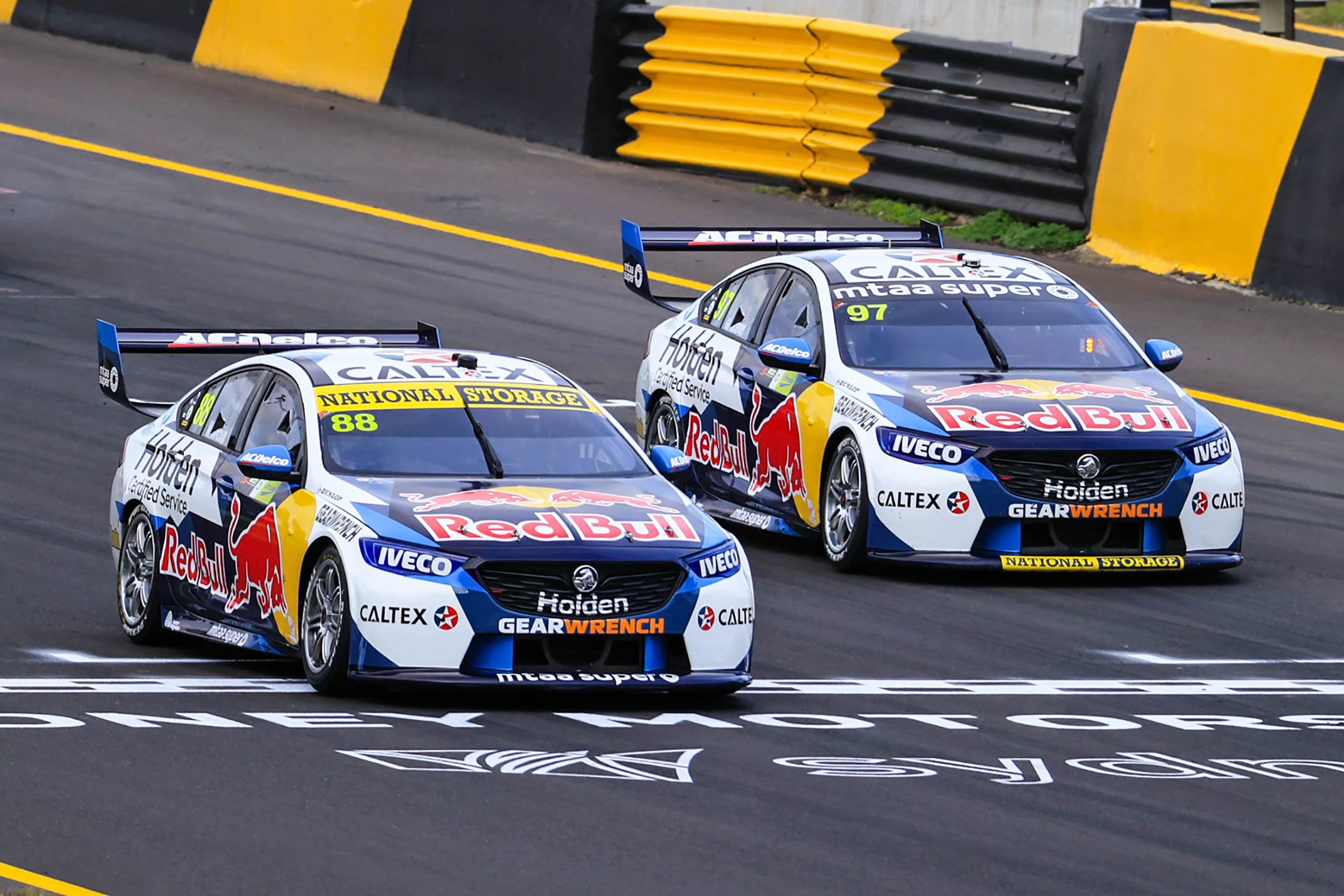 Mark Dutton says the Red Bull Holden Racing Team will “rectify the wrongs” in Darwin after a weekend without seeing the podium at Sydney Motorsport Park.

Neither Jamie Whincup nor Shane van Gisbergen cracked the top three in any of the 32-lap races at the Truck Assist Sydney SuperSprint.

Whincup finished fifth, 17th, and eighth in the three races while van Gisbergen claimed finishes of fourth, eighth, and 12th.

Ultimately, van Gisbergen was the highest place driver of the two and ended the weekend fourth overall on points.

However, both Red Bull racers lost ground to championship leader Scott McLaughlin of the Shell V-Power Racing Team who had finishes of first, third, and 14th.

It’s the first time since The Bend Motorsport Park in 2019 that the team hasn’t had one of their drivers on the podium at a Supercars event.

“We said before coming here there’d never been a scenario where we finish a race event at a location and then come straight back,” Dutton said in video via the Red Bull Holden Racing Team Twitter.

“Unfortunately we didn’t deliver. To all the fans, and sponsors, and partners, apologies for that.

“(It’s) not all bad, P4 overall weekend points for car #97 is pretty good. But we really expect of ourselves a lot higher, better results in the races, we didn’t podium at all.”

Whincup said the team went the wrong way with their set-up in an effort to usurp DJR Team Penske.

“The guys next door beat us in race three (Race 8) here last time, so we’re not going to come back with the same thing and end up with the same result,” said Whincup on Fox Sports’ Supercars Trackside.

“We’re going to try and move forward. (We) didn’t quite get the game right, but that’s okay.

“With no test days, you’ve got to do a little testing in race meetings.

“All in all, we’ll go away, we get the data tomorrow morning so we’ll check it all out and hopefully there are some answers in there.”

Looking for a silver lining, Dutton was happy with the team’s preparedness and reliability.

At the season-opening Adelaide 500, a mistake in the pit lane resulted in van Gisbergen having to make a second pit stop.

The New Zealander later suffered a componentry failure that ended hopes of a possible podium.

“Another positive is no mechanical faults at all so the crew worked tirelessly,” said Dutton.

“The crew did a great job, pit stops were fast, crew not putting a foot wrong there. We promise to rectify the wrongs and keep you all smiling in sunny Darwin.”