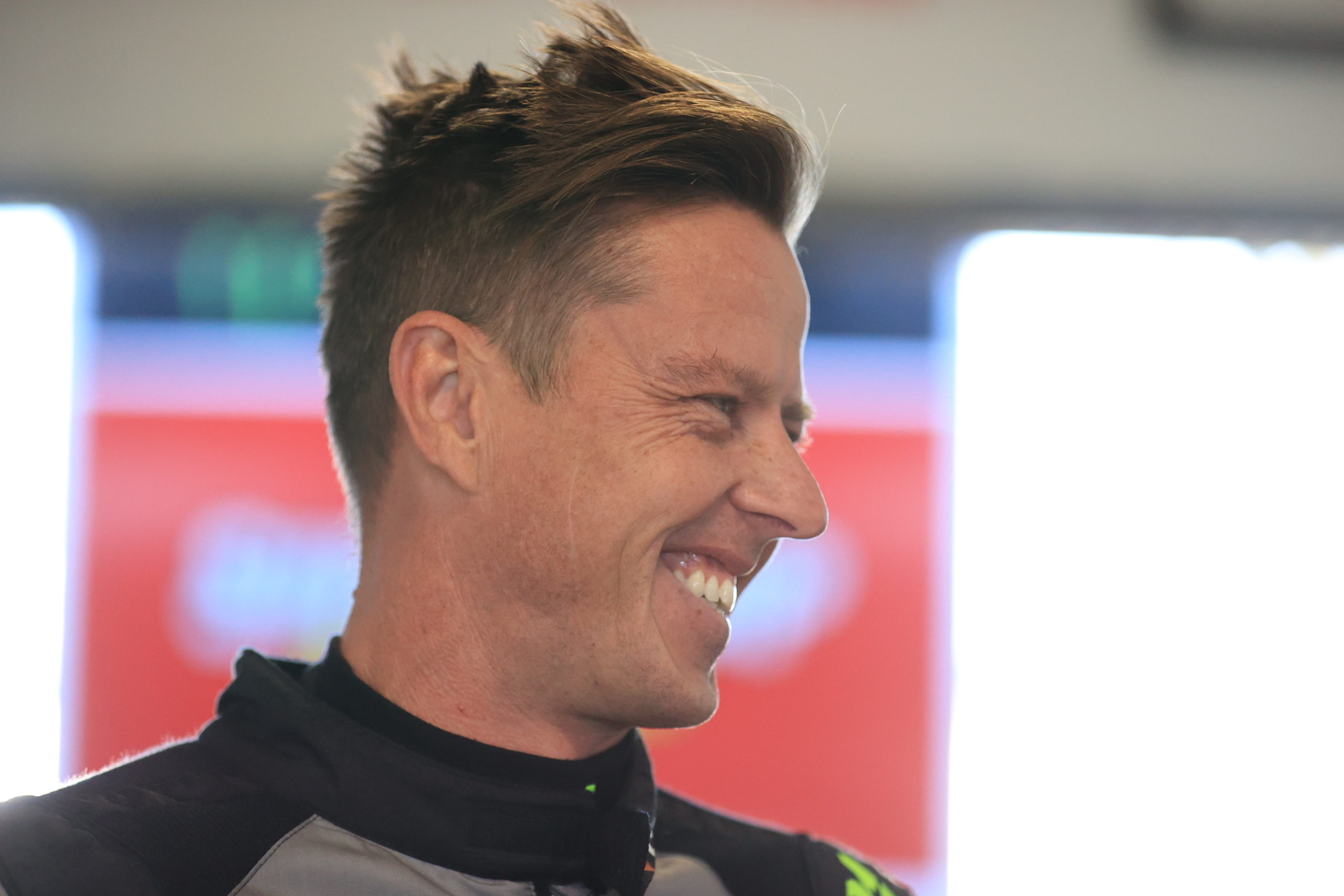 James Courtney says he’s had “a blast” despite narrowly missing out on his first podium with Tickford Racing in only his fifth start with the team.

Courtney rose from 15th on the grid to third place with a handful of laps to go after employing an aggressive strategy in Race 11 at Sydney Motorsport Park.

However, as his tyres faded towards the end of the race, Rick Kelly and Scott McLaughlin began to narrow the margin.

A two-second advantage quickly diminished and the fellow Ford Mustang pilots began pressuring the Supercars veteran for the final place on the podium.

It looked as though Courtney had done enough on the final lap, however, a strong exit out of the final corner for McLaughlin – who had just dispatched Rick Kelly – saw the Kiwi steal third place.

Recounting the final few laps of the race, Courtney said he did everything he could to hold on to the place.

“It was tough, I could see those guys coming,” said Courtney, who finished fourth.

“I was hoping Rick was going to hold him up a bit more. It was a good battle the last couple of laps.

“I was propping them pretty hard and a bit of old-school race craft had to come in and really think about what you were doing to try position the car.

“I did everything I could. As I got in he came out and had a way better drive, got beside me.

“I tried to get the side draft again to get back past him, but yeah, we didn’t win that race.

“It was good fun. Thanks to everyone at Boost Mobile and Tickford, it’s been a blast.”

After a tumultuous start to the 2020 season that saw him depart Team Sydney after just one race, Courtney said he’s relishing his return to the Supercars Championship with the Tickford Racing team.

Courtney said he hopes the fourth place finish is the catalyst to more success.

“It’s good to be able to race hard and aggressive with those guys, but also, you’ve got the respect that they’re not going to just fence you,” he said.

“It was good fun. Thanks again to everyone at Tickford. It’s been a huge learning curve.

“I’m having a blast and hopefully it’s not long until we have this Boost Mobile thing up the front more often.”

Courtney concludes the Truck Assist Sydney SuperSprint with Race 12 at 14:50 local time/AEST and will start from 18th.