Williams confirms Russell and Latifi for 2021

Williams confirms Russell and Latifi for 2021 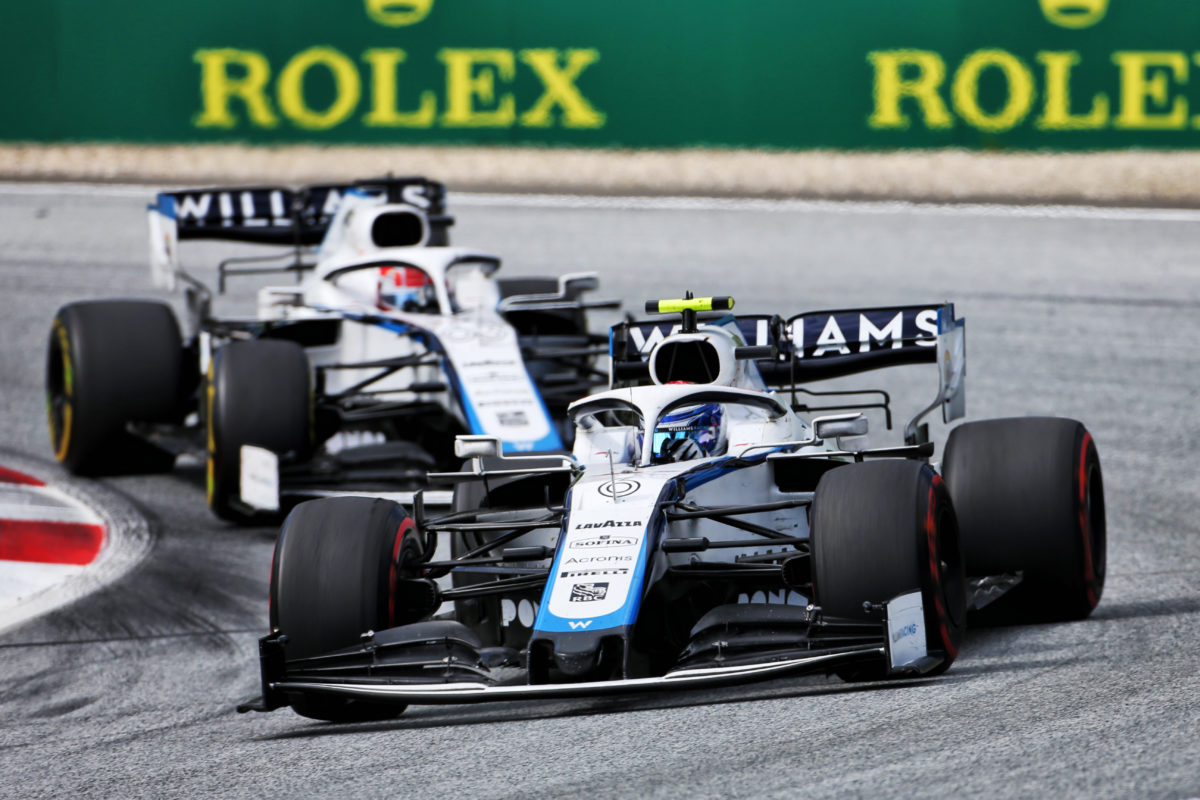 George Russell and Nicholas Latifi will remain with Williams for 2021 following confirmation from the team.

On Thursday Russell told media in Hungary that he would stay on with the Grove outfit for a third season, ending suggestions he could move to Mercedes.

Russell is a Mercedes junior driver, and had been linked with a possible move to the factory team in place of Valtteri Bottas.

However, with both Bottas and Lewis Hamilton expected to continue, Russell stated that his future would remain with Williams.

Those comments were then confirmed by Deputy Team Principal Claire Williams to Speedcafe.com on Friday.

“He was on a three year contract anyway, and we just used yesterday as an opportunity to confirm the fact that he is staying with the team.

“There’s obviously been a little bit of muscial chairs over the past handful of months.

“He’s going to continue the journey, he’s an integral part of our team.

“He’s done a fantastic job with his head held high, to keep going, remain positive, lead this team through what was a very difficult year last year.

Williams also confirmed that Nicholas Latifi would continue to partner the Englishman, meaning it will take an unchanged line-up into the 2021 season.

“I think he’s delighted everybody on the team with his work ethic, with his delivery on the race track, and everything else he does for us behind the scenes as well,” Williams said of Latifi.

“So, you have that stability and the driver line up going into 2021, again is an added bonus for us.

“We haven’t had that for a handful of years now, and that’s going to be important to continue this progress forward hopefully further up into the midfield.”

Confirmation of Russell and Latifi makes Williams the latest team to have confirmed its 2021 line-ups.

Ferrari and McLaren have both confirmed their plans, while Renault has announced Fernando Alonso will replace Daniel Ricciardo.

Mercedes has not confirmed either of its drivers, though is expected to remain unchanged going into the new year while rumours have linked Sebastian Vettel to a move to Racing Point in place of Sergio Perez.