Whincup: Rivals have ‘stepped up’

Whincup: Rivals have ‘stepped up’ 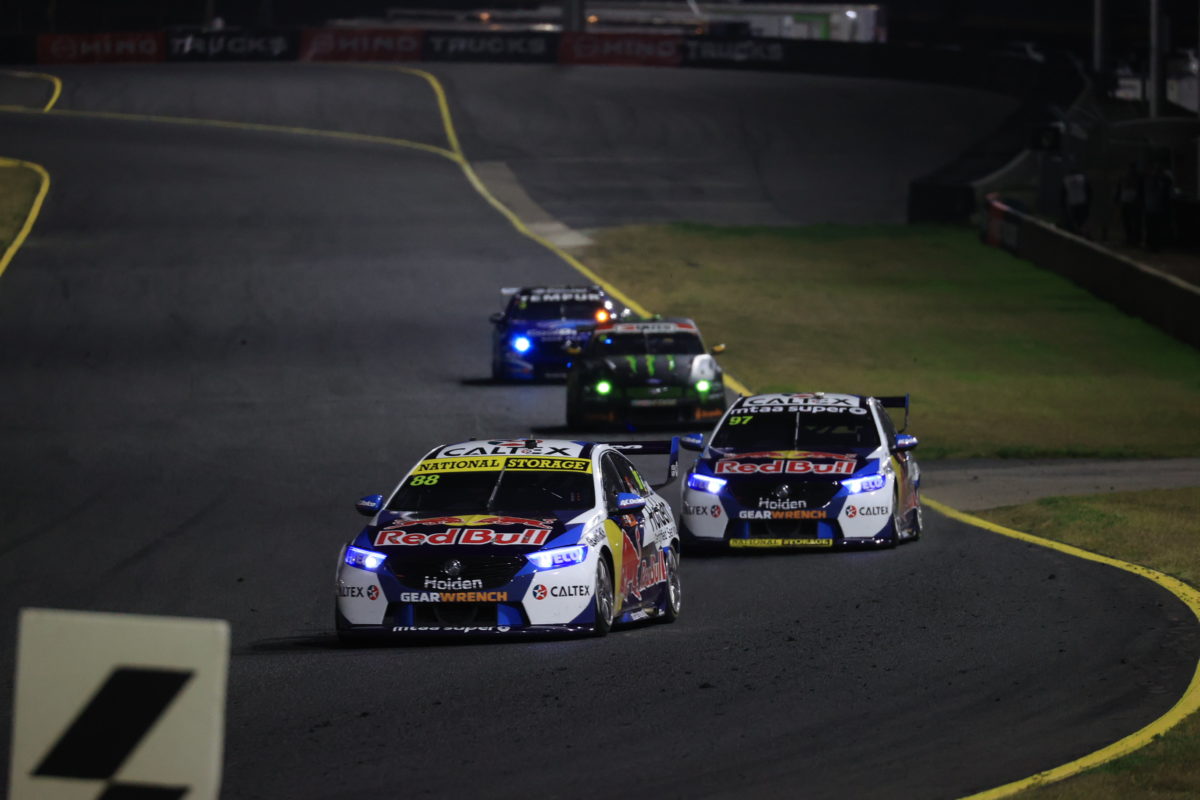 Jamie Whincup believes that Triple Eight’s rivals have made bigger improvements since the last visit to Sydney after he and Shane van Gisbergen both missed the Race 10 podium.

Van Gisbergen led the first 20 laps of the night race at the Truck Assist Sydney SuperSprint having started on soft tyres, but emerged several second behind the effective battle for the podium once he switched to hards.

Instead of fighting for victory, he was passed by Whincup on his out lap, but ultimately wrested fourth spot back from his team-mate on the final lap of the race.

According to Whincup, who was fourth in the Top 15 Shootout and ran in seventh through the first stint, the Red Bull Holden Racing Team cars were simply not fast enough.

The seven-time Supercars champion was also unsatisfied with his personal performance at Sydney Motorsport Park.

“I’m fairly disappointed after today’s race to be honest – we just haven’t had the pace all day,” said Whincup, who ran the opposite tyre strategy to van Gisbergen.

“We didn’t qualify as well as we should’ve, and a few other cars have really stepped it up over the past couple of weeks in terms of performance, and we probably haven’t made much of a step forward as we would have liked.

“I made a couple of errors during the race which didn’t help either, including a slight issue in the pits where I didn’t get a good enough launch after my stop.

“I had a reasonable scrap with SVG which was fun and had no team orders so had permission to race it out, and he got me on the last lap.

“Overall, we’re not quick enough and made too many mistakes, so we have a bit of work to do tomorrow to improve the car and be much stronger.”

Van Gisbergen had a similar view, stating, “It was a tough night for us in Sydney.

“We started on the front row, took the lead pretty early, but didn’t quite have the speed on both sets of tyres.

“The cars were pretty good and had similar pace, even though we raced with different tyre strategies, so we need to find that extra bit of pace tomorrow.

“It will be interesting deciding what we do with our remaining tyres for tomorrow’s races, so tonight we’ll focus on what our strategy will be and hopefully have a crack at getting on the podium.”