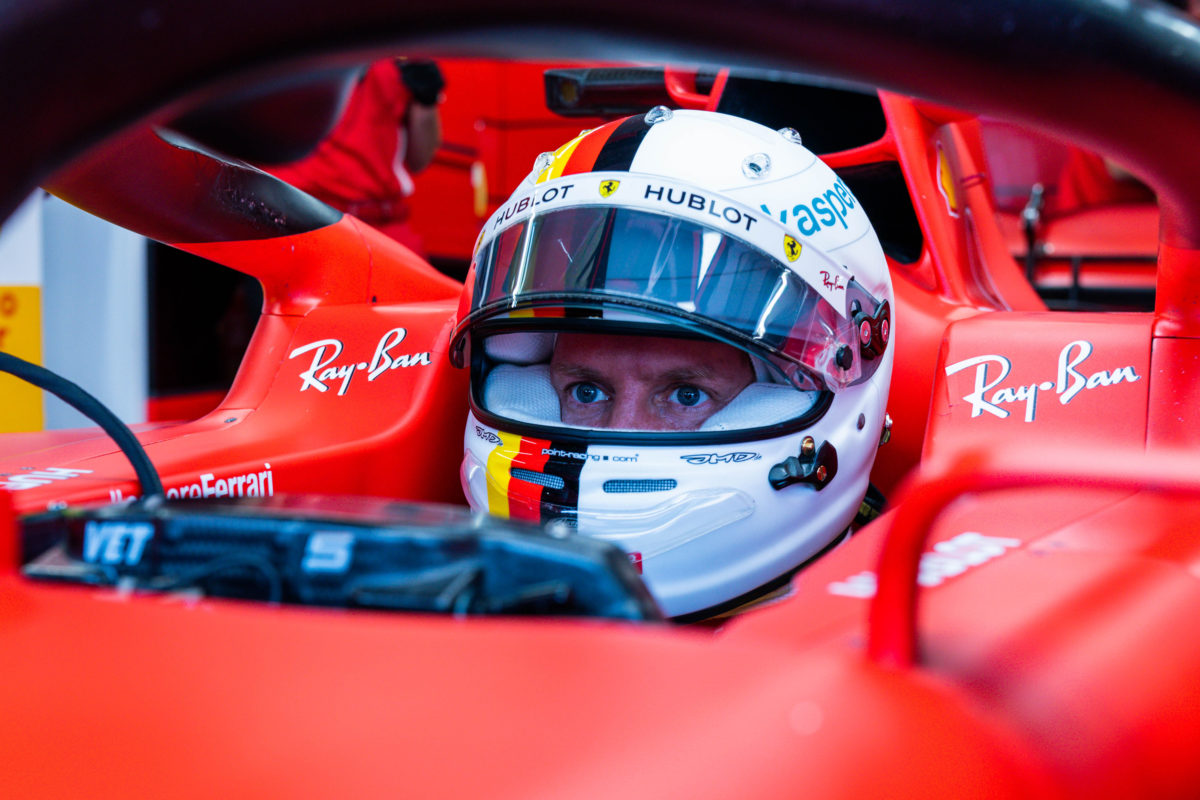 Vettel topped the wet session with a 1:40.464s lap, though little meaningful running was completed with more than a quarter of the field not setting a time.

The session was initially delayed by 15 minutes when heavy rain ahead of the session left rivers and standing water on the circuit – enough to see Formula 3 qualifying abandoned.

Pierre Gasly was the first driver on track, completing in an installation lap early following a sensor issue in his Honda engine which prevented him from taking the circuit at all in Practice 1.

Much of the field opted to remain in the garage for the opening phase of the session, some in their cars others not, as rain lashed the Hungaroring circuit.

Aside from Gasly’s single early lap, it was until Perez headed out that the inactivity ended with 70 minutes left in the 90 minute session.

The Racing Point driver headed out on a set of full wet tyres though the heavy rain which had been fallen had eased, setting the first time of the session a 1:43.862s.

Raikkonen too turned in a handful of laps just prior to the half way mark of the session, his first of the day after Robert Kubica steered his Alfa Romeo in Practice 1.

The first driver to venture onto the intermediate tyres was Esteban Ocon, though the Renault clearly struggled for traction and immediately headed back into the lane.

Only a handful of minutes later Ricciardo trundled out of the lane on a set of intermediates, though like Ocon only ventured out and back in to allow his team an opportunity for pit stop practice.

While he was on track both Ferraris exited the lane on a set of full wet tyres, triggering a small flurry of activity that also drew Kvyat and Norris.

The final half hour saw by far more running than any other period of the session.

A late time from Verstappen saw him manage no better than seventh on the wet tyres, the Red Bull driver putting in an aggressive lap just prior to the chequered flag falling.

Vettel’s time from midway through the session remained the benchmark with Bottas’ best slotting him in second.

Sainz set his lap late in the session to move third fastest, though little can be read into the times as conditions changed and teams ran to different programmes.

Earlier in the day the pace was set by Hamilton from Bottas, the pair demonstrating prodigious pace, especially on the harder compound tyre.

They ended the session half a second clear of the Racing Point pair of Perez and Stroll, with Ricciardo fifth fastest.

In that instance Vettel was just sixth fastest, more than a second away from Hamilton’s best.

A sensor issue in the Honda engine prevented Gasly from heading out at all, the only driver other that Raikkonen who didn’t record a time in the session.

Practice continues on Saturday with a final 60 minute session ahead of qualifying beginning at 23:00 AEST.

Weather is expected to remain a factor, though the threat of rain is set to recede on Saturday before returning for Sunday’s race.