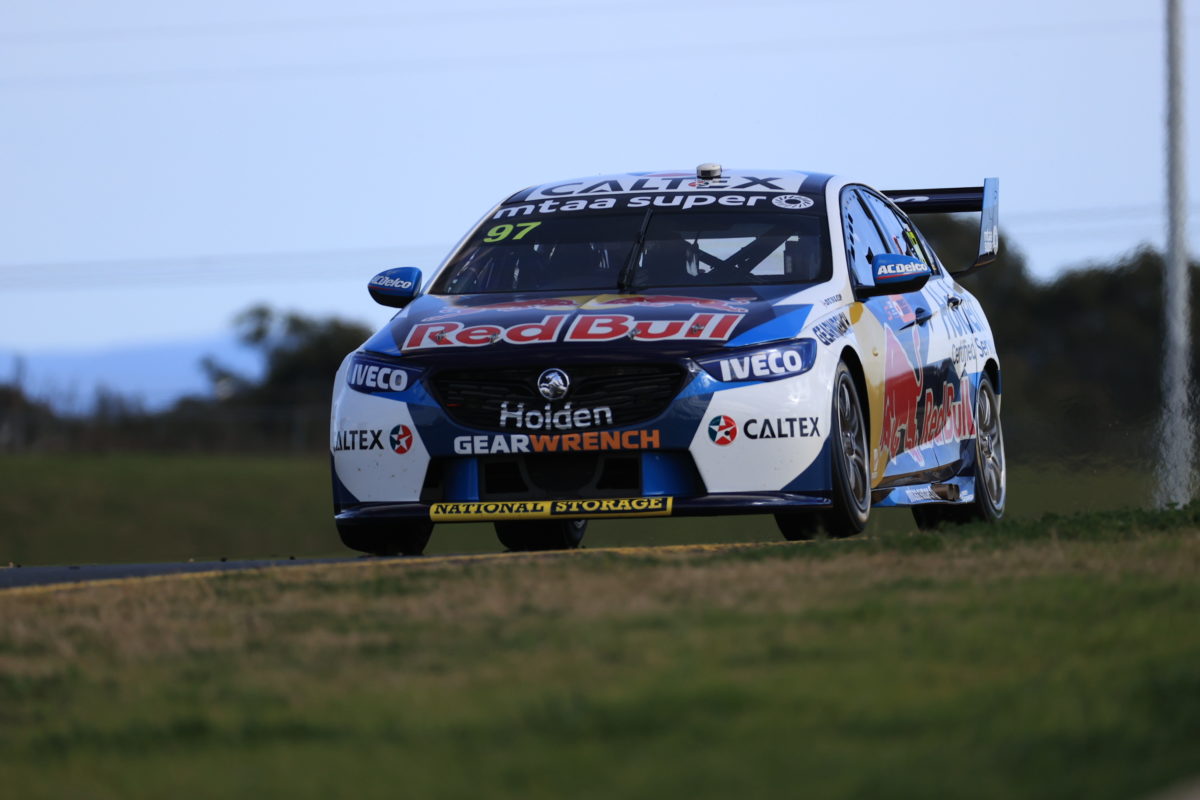 Van Gisbergen’s best was a 1:28.6503s with the chequered flag out, while McLaughlin (#17 Mustang) went slightly faster than he had done as the Practice 1 fast man in setting a 1:28.9105s in the second half-hour session of the day.

Van Gisbergen (#97 ZB Commodore) had been slowest in Practice 1 when he ran only hard tyres but was on the pace immediately with a 1:29.0089s on softs.

Lee Holdsworth got close once he completed a run in the #5 Truck Assist Mustang, clocking a 1:29.1696s, while McLaughlin was fastest of those starting on the hard tyres with a 1:31.8704s on his first flyer.

When the latter did get a set of softs bolted onto Car #17, he moved to fourth with a 1:29.6166s, one spot behind Cameron Waters (#6 Monster Energy Mustang).

Whincup was a late starter to the session and ran initially on hard tyres before jumping to second on softer rubber, 0.1134s slower than van Gisbergen.

McLaughlin had been shuffled to sixth by the time he set his fastest lap of the session, before team-mate Coulthard came up 10 spots to third.

Van Gisbergen then went fastest in all three sectors around the 3.91km Western Sydney Circuit to put #97 back in first position.

“I think other people and Jamie were doing full quali runs but it feels OK,” said the New Zealander.

“It’s a little bit different track, a lot more sun than last time we were here, so trying to keep up with it.

“My first lap on the soft was two-and-a-half, three seconds quicker so the time difference is a lot more than I thought it was going to be. I think there’s going to be a lot of people running the soft twice to win a race and then screw the rest of the weekend. The time difference between the tyres is massive.

“Hopefully we qualify up front and then we can decide our tyres. Ideally you want to finish on a soft but if you’re on the hard and you’re two seconds a lap slower, even the slowest cars are quicker than you so you’ll get beaten up.”

De Pasquale had an off at Moffat Corner (Turn 1) early in the piece on hard tyres but the session ran uninterrupted.

Qualifying and a Top 15 Shootout to set the starting grid for Race 10 of the season take place from 15:10 local time/AEST.