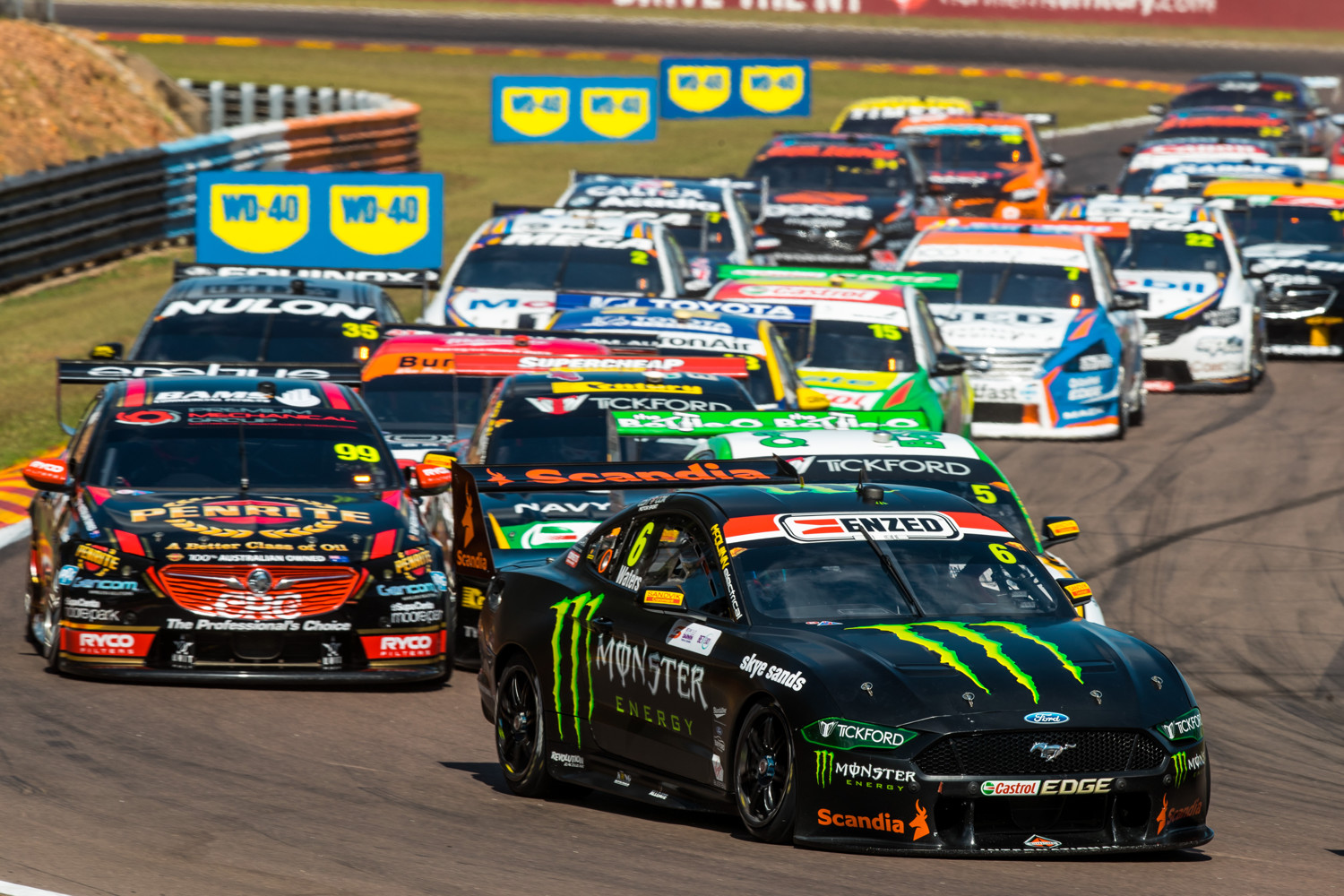 Supercars has confirmed a Darwin doubleheader

Supercars has confirmed a Darwin doubleheader will take place at Hidden Valley Raceway next month.

Dubbed the BetEasy Darwin Triple Crown and Darwin SuperSprint, the two events will take place on August 8-9 and August 15-16 respectively.

As first reported by Speedcafe.com, the Darwin doubleheader was tabled after Victorian teams were forced to ditch the state before the borders were closed.

Victorian- and New South Wales-based teams will temporarily relocate to Queensland early next week ahead of the northern swing.

Following the Darwin double, the Virgin Australia Supercars Championship will have one weekend off before the Townsville round on August 29-30.

“We’re thrilled to have locked in this double-header with the Northern Territory Government for two weeks of racing in August,” said Supercars CEO Sean Seamer.

“I would like to thank Chief Minister (Michael) Gunner and NT Health for working with Supercars on this concept, which allows for us to make the most out of our key Northern legs of this year’s championship.

“Darwin is such a special event for the Championship and a real favourite of the teams, drivers and fans.”

Tim Watsford, Chief Executive Officer of Northern Territory Major Events, said the doubleheader was a major coup for the region.

“This is an incredible opportunity for the Territory. Darwin has never hosted more than one weekend of Supercars racing per year, and to have two on the calendar is great news,” he said.

“With limited tickets available to the BetEasy Darwin Triple Crown this year due to COVID-19 precautions, the Darwin SuperSprint means there are more chances for Territorians to see their heroes in action.

“It also means great exposure for the Territory, with the Supercars teams in town for longer than usual, and the Territory beamed across the motorsports world two weekends in a row.

“We are the safest place in Australia right now, and one of the safest in the world. This doubleheader of Supercars racing is testament to that.”

Spectators will be permitted across both events with 4500 tickets available per day.

Tickets went on sale for the first event last month and tickets for the second event will go on sale from July 21.

There will be no concerts or support categories at either event.