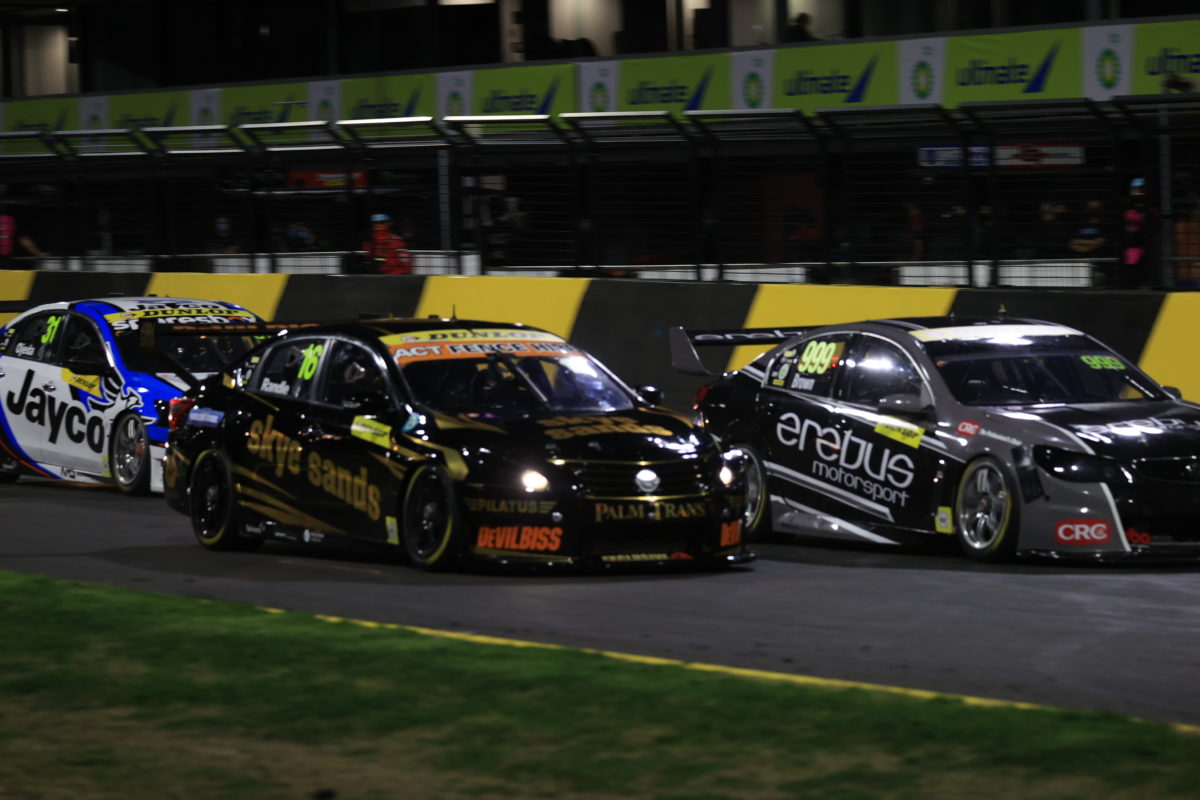 Will Brown passes Thomas Randle at the restart in question

Thomas Randle has been classified second after all in tonight’s Super2 race at Sydney Motorsport Park, and therefore put into the series lead, after his time penalty was overturned.

The pole-sitter lost the lead at a mid-race restart when he propped on the main straight, allowing Image Racing’s Will Brown to pull alongside and pass him into Moffat Corner.

However, it was found post-race that the Randle had baulked because of a yellow flag which a marshal was still displaying on the main straight.

With Round 1 winner Brodie Kostecki finishing ninth in the Dunlop Super2 Series class (10th outright) after an alternator drama, Randle leads the series by eight points over Brown, who took the chequered flag just over half a second up the road from Car #16.

Qualifying for Race 2 of Round 2 takes place tomorrow from 11:35 local time/AEST.