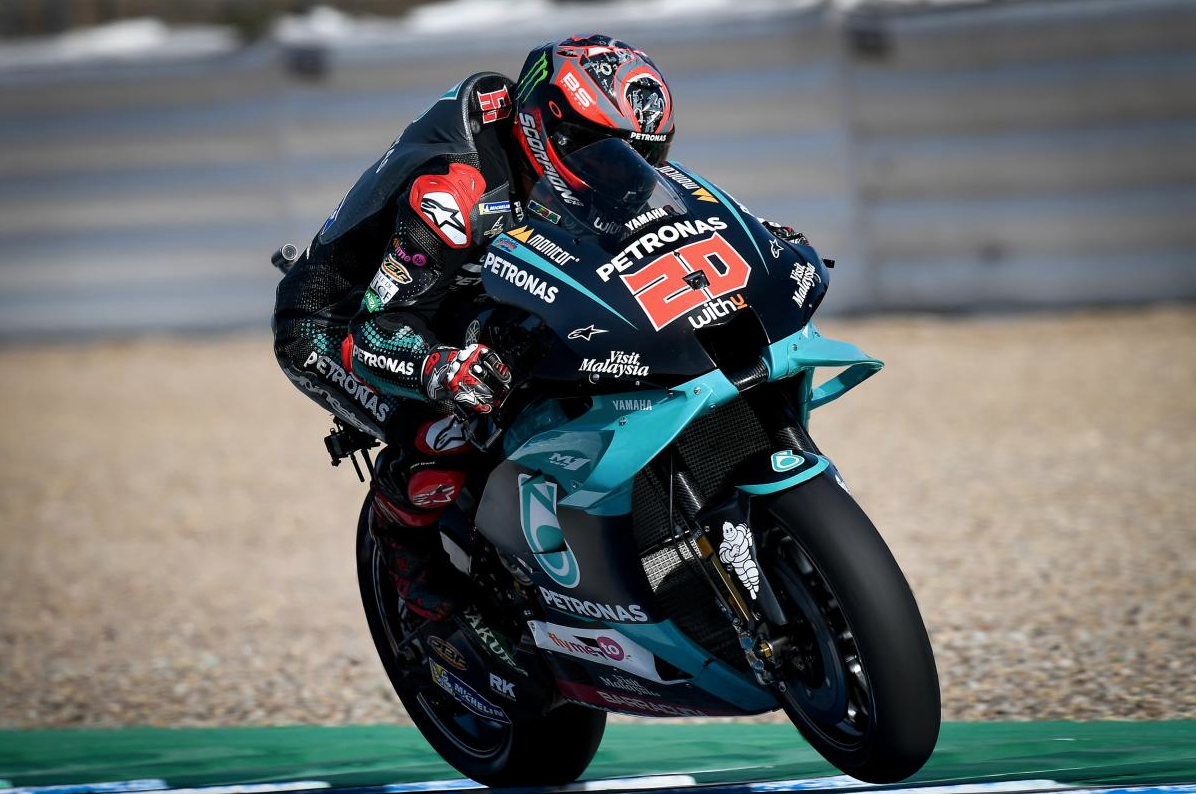 Fabio Quartararo has taken the first pole position of the new MotoGP season in a thrilling qualifying session at the Spanish Grand Prix.

The Petronas Yamaha SRT young gun set alight the Jerez circuit earlier in the day with a new lap record in Free Practice 3, before repeating his rapid pace in qualifying in searing heat.

It marked a second straight Jerez pole for the Frenchman, over 12 months after he claimed a maiden premier class pole at the Spanish circuit.

Miller was one of three riders to fall late in Q2, with the Australian rider joined in the Turn 11 gravel trap by factory Suzuki rider Alex Rins, who was taken to the medical centre. Seconds earlier, Andrea Dovizioso (Ducati Team) had a lowside at Turn 2.

Rins – who will miss the race due to a dislocated shoulder – set the pace in Q1 with a 1:37.063s ahead of the KTM duo of Pol Espargaro and Brad Binder, the latter of whom narrowly missing out on a maiden Q2 appearance on his MotoGP debut. Rins had a lowside at Turn 2 before setting his flyer to reach the second part of qualifying.

Vinales looked to have thrown the cat among the pigeons when he shot to the top with a 1:36.844s on the second runs, and Marquez was eyeing another P1 start with a rapid time before a slow final sector consigned him to P3 once Quartararo dropped in his pole-winning time.

Bagnaia sealed fourth with his 1:36.955s, with Miller half a second down on his teammate, having thrown away a final shot at a higher grid spot.

The season-opening race will commence at 10:00pm AEST on Sunday.