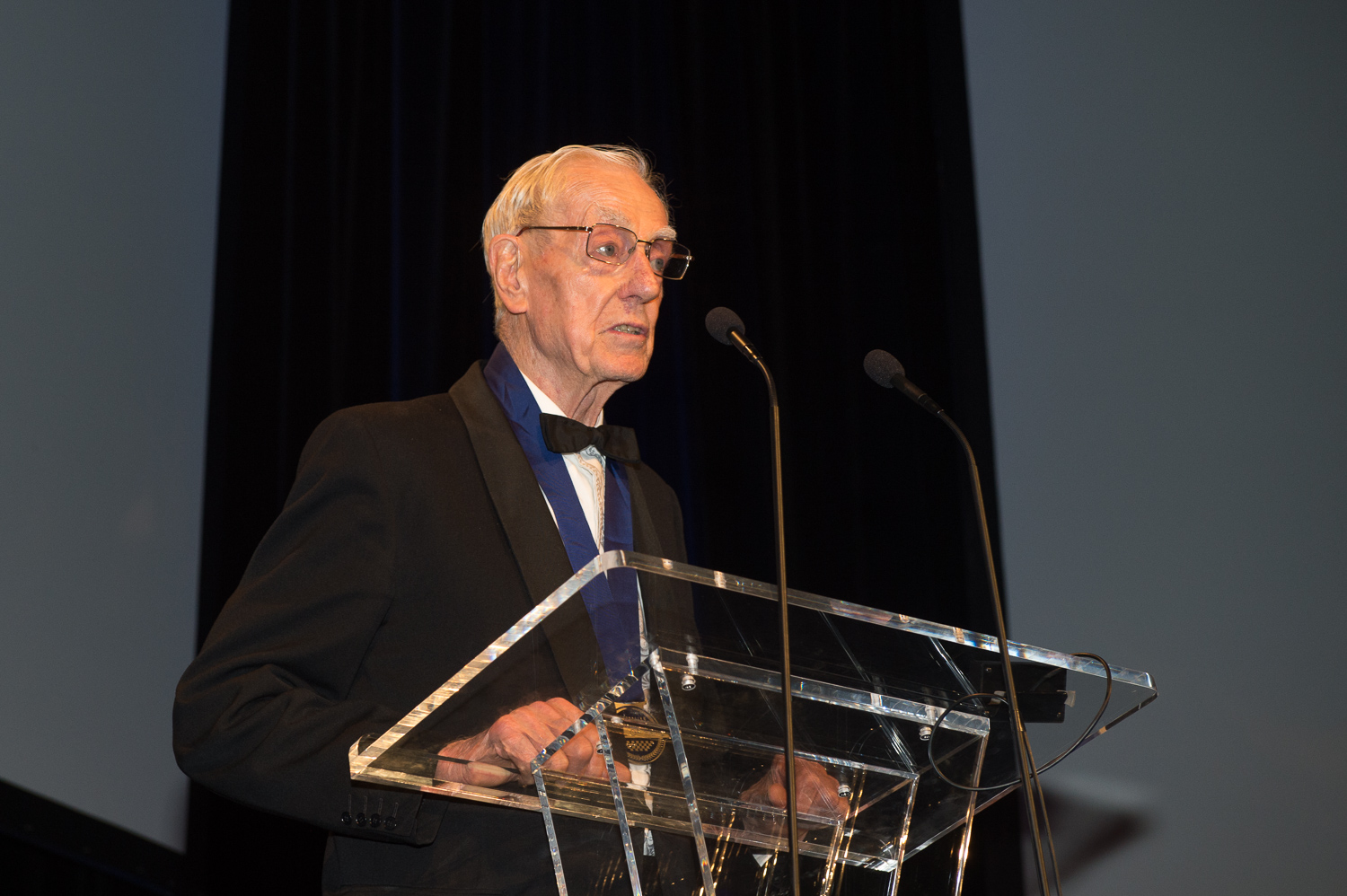 The motorsport world has shared its condolences and memories of Ron Tauranac following the legendary designer’s death overnight.

The 95-year-old was responsible for the design of the Formula 1 championship winning Brabhams, and played a largely unacknowledged but instrumental role in the success of Cooper in the 1960 world title winning campaign.

He was also the man behind Ralt, designing and producing cars for junior formulae that launched careers such as Nelson Piquet, Keke Rosberg, and Ayrton Senna.

“Ron had a significant impact on motorsport globally, from F1 to national competition. His pragmatic approach to race car design influenced my own thinking, and I know that of Patrick Head, Ron Dennis, Neil Trundle and countless others in pitlanes around the world.

“Ron was the ‘racer’s racer’ in the truest sense. I remember racing him in rental cars around Monza in the Jordan-Honda days, and watching him still drawing hill climb cars in Bondi well into his 80s. Ron, what a great life and you’ll be missed.”

“We were sad to hear of the death of Ron Tauranac. Ron made an important contribution to Honda’s early racing programme, resulting in 11 consecutive Formula 2 wins in 1966 and 12 consecutive wins from 1983 to ’84.” 🗣️ Koji Watanabe pic.twitter.com/BC9CJkX2YF

We were incredibly saddened to wake up this morning to the news of Ron Tauranac’s passing.

His designs brought us five British F3 titles and two Macau GP wins. Our first car was a Ralt RT3 of his creation and still sits proudly at HQ.

We are sad to hear of the passing of Ron Tauranac

An engineering pioneer, he worked closely with Jack Brabham – co-founding the Brabham team and helping them to win championships #F1 https://t.co/tH9BP3A35p

Remembered fondly. He had an amazing innings. Gruff. Not given to pointless chit chat. A racer. RIP Ron Tauranac #f1 https://t.co/A0o6RX7kiL

It’s very sad to hear that Ron Tauranac, the T in the BT prefix of all Brabham cars, the B standing for Brabham, has died, aged 95. He was an #F1 legend. This pic was taken by David Phipps, & I think the car is a BT24, which was the #F1 championship winner in ’67. #RIPRonTauranac pic.twitter.com/vXS9FR97jb

Our condolences are with the family and friends of Ron Tauranac AO, a legend of Australian and world motorsport who passed away today. pic.twitter.com/IqLVqVCUX4

Sad news from Australia this morning, the loss of the great Ron Tauranac. Double R owes Ron so much. Thank you Ron, RIP. pic.twitter.com/TTLvu3WMhG

Ron Tauranac. What an extraordinary (& sometimes difficult!) guy he was. Ralt was Ron’s Betamax to March, Lola or Reynard’s VHS – often a better product, never as well marketed. An old breed racer. He helped Jordan re Mugen/Honda politics, being highly regarded at Honda HQ #F1

What a superb legacy of a man whose influence on World Motorsport has been permanent and profound. The genius of design which encompassed simplicity and an ease of interface with innumerable customers,. Thank you Ron Tauranac the famous T in the BT Brabham ensignia.

Sad to hear that Ron Tauranac has passed away. The “T” in the Brabham nomenclature, he played an integral role in much of Jack Brabham’s success. Then came Trojan and Ralt. I like this tribute by the Aussie illustrator/historian, Brian Caldersmith. pic.twitter.com/cNUNvixDwe

My first F3 race was in a Ralt. Thank you Ron Tauranac. A true gent of our sport. https://t.co/ESdjgMsDfg

Mmmm felt a nice extra bit of boost today at @iowaspeedway Ron Tauranac and Bruce Carey giving us that extra bit of juice just when we needed it , RIP Aussie legends #neverforgotten

We lost a good friend today, a pioneer and great teacher to so many mechanics, engineers and drivers who became top professionals in this great sport. Without Ron Tauranac, Brabham would not be what is today. RIP my friend and teacher. #F1 #Brabham pic.twitter.com/i0ba89FCIg

We’re deeply saddened at the passing of legendary designer and Brabham Racing co-founder, Ron Tauranac. His immeasurable contribution help lay the foundations for motorsport. Our deepest condolences go to Julie and Jann. Our tribute to Ron: https://t.co/9ZiHXu8nCy#RIPRon pic.twitter.com/424HM7bh2d