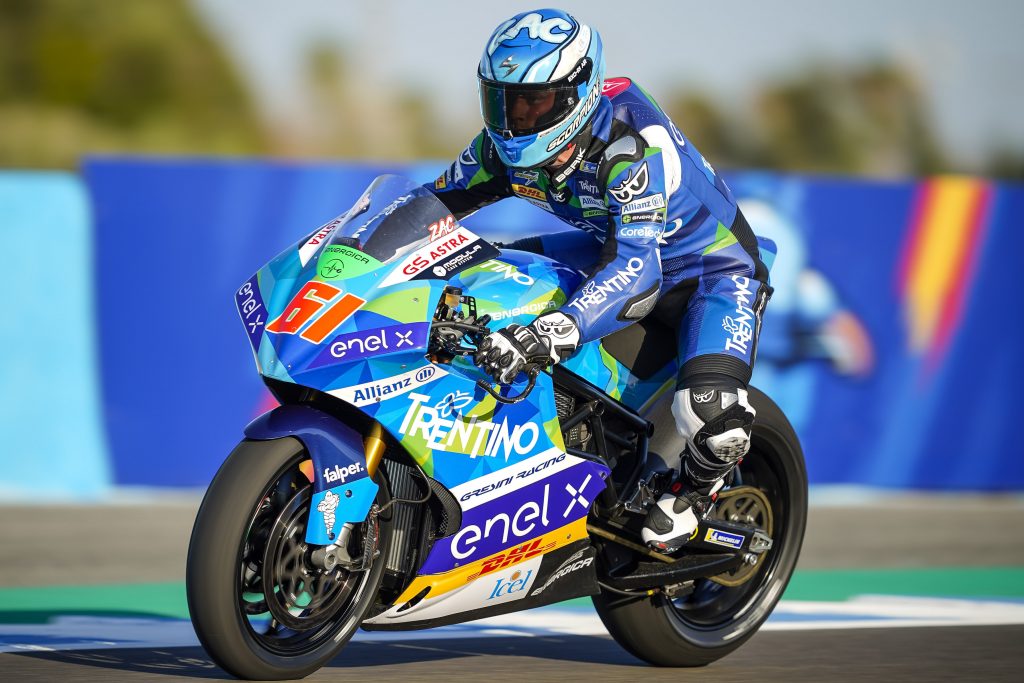 Alessandro Zaccone on the motorcycle which was reportedly damaged by fire pic: Gresini Racing

A MotoE bike has been damaged in the third incident of fire in the all-electric series’ short history.

After the entire field’s bikes were destroyed by a huge blaze in pre-season testing last year, a second fire affected one motorcycle and a charging station at the Red Bull Ring in August.

In Jerez ahead of this weekend’s 2020 opener, the motorcycle of Gresini Racing’s Alessandro Zaccone had to be attended to by an onsite fire crew on Wednesday night (local time), according to German outlet Speedweek.

Details are scarce and it is not known whether the Italian’s crash during a test session earlier in the day played any part in the incident, although it would seem that only the single bike, a spec Energica Ego Corsa, was affected.

Zaccone was missing from Friday practice, but that was due to the femur fracture which he incurred two days earlier.

Eric Granado (Avintia) was fastest across the two practice sessions while Australian Josh Hook (Pramac) was 13th of the 17 remaining riders on combined times.