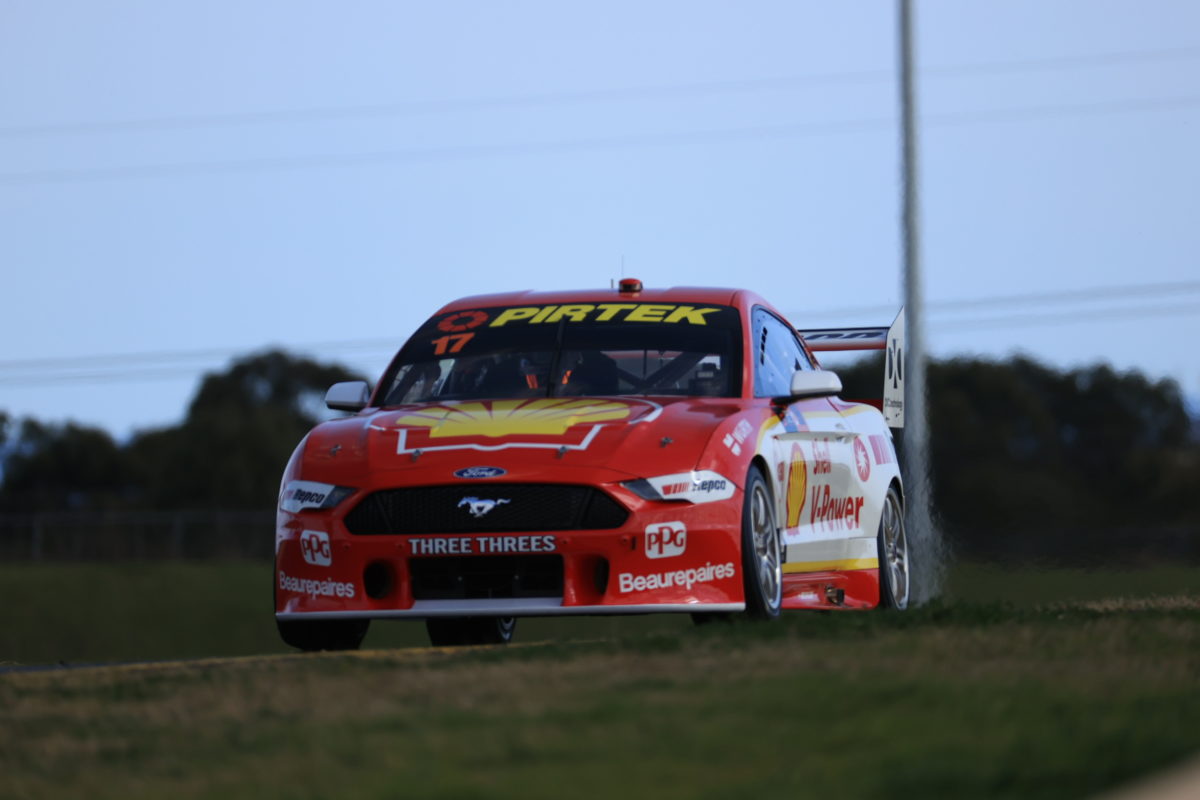 Scott McLaughlin has set the pace in a first practice session for the Truck Assist Sydney SuperSprint which was heavily influenced by tyre experimentation.

With both compounds in play across this weekend’s three 32-lap Virgin Australia Supercars Championship races, approaches to the 30-minute hit-out were varied through the 24-car field.

McLaughlin wheeled the #17 Shell V-Power Mustang to a 1:28.9761s on his first flying lap, with soft tyres on, and he was almost half a second clear of the field until the last two minutes.

It was then that Anton De Pasquale, who had run initially on hard tyres, laid down a 1:29.1882s in the #99 Penrite ZB Commodore, and Fabian Coulthard (#12 Mustang) moved into third with a 1:29.3727s in the second of the DJR Team Penske entries.

Bryce Fullwood (#2 Mobil 1 Middy’s ZB Commodore), who ran only hards in the preceding Rookie Practice session, was next-best with a 1:29.4514s on his first flyer, while Cameron Waters (#6 Monster Energy Mustang) was a late mover to fifth.

The Red Bull Holden Racing Team split its two drivers, with Jamie Whincup (#88 ZB Commodore) setting a best of 1:29.5115s on soft tyres that left him sixth but Shane van Gisbergen (#97 ZB Commodore) propping up the timesheet having run on hard tyres.

Nick Percat (#8 Dunlop Super Dealer ZB Commodore) was initially fastest of those on hard tyres with a 1:31.2095s on his first run, although timing suggested that rookie Zane Goddard (#34 Unit ZB Commodore) bettered that with a 1:30.4702s.

“We focused on trying to see what our qualifying speed was and thankfully it was pretty good,” said the championship leader.

“Then we jumped onto the hard tyre to see what difference that was because I haven’t been around here since about 2015 on a hard tyre.

“I like the soft tyre better but it’s going to spice up some action and then we got a really good amount of data there just with race runs and that sort of stuff to get a feel for what’s ahead. It’s going be interesting.”

Goddard’s Matt Stone Racing team-mate, Garry Jacobson, had an unfortunate start to the session when he had to pull off due to the bonnet flying up on the #35 Yellow Cover ZB Commodore.

That mishap brought about a red flag just as drivers had started their first timed laps but would be the only interruption to proceedings, which were run in sunny conditions.

A second half-hour practice session will be held from 13:30 local time/AEST.