Brabham: we’ve lost one of the legends

Brabham: we’ve lost one of the legends 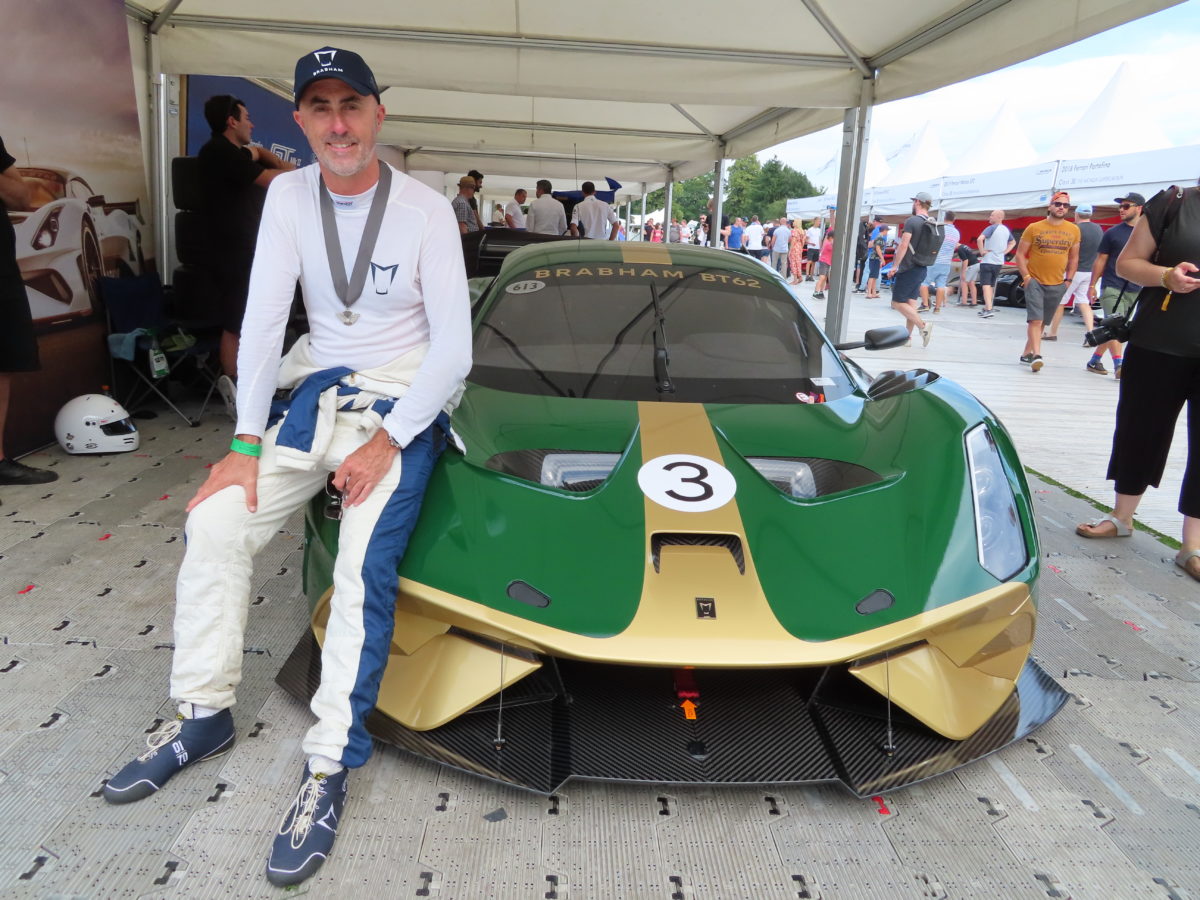 David Brabham with the BT62

David Brabham believes the motorsport world has lost ‘one of the legends’ with the passing of Ron Tauranac.

The man responsible for the design of Jack Brabham’s championship winning car in 1966, and Denny Hulme’s the following year, Tauranac left a significant legacy on the sport.

Tauranac passed away peacefully in his sleep at the age of 95 on Thursday night.

Throughout his career he helped Brabham become the world’s leading customer racing car company before repeating the process with Ralt in the 1970s.

“From a racing world, we’ve lost one of the legends.”

Tauranac and the Brabham family had an association which stretched back to the 1950s, when he and Jack Brabham competed against each other in Midgets.

Their relationship blossomed and in 1960 went into business together.

“Ron and Dad were the perfect pair in a way,” Brabham reasoned.

“Just the foundation that was laid there with Dad and Ron was pretty incredible.”

Like his father before him, Brabham competed in cars designed by Tauranac when his own career began in the 1980s.

“My experience of Ron really came when I started racing Ralt cars in 1988 in the British F3 Championship when I joined halfway through the year doing Class B.

“Then in ’89, I won the F3 Championship and the Macau Grand Prix, so F3 World Cup in the same year with a Ralt.

“So I had a lot of success with Ron’s cars.

“His cars certainly helped springboard my career when I came to the UK.

“I won the Gold Star Championship in a Ralt (in 1987) as well, so that would have been my first time in a Ralt.”

To this day the Tauranac and Brabham names remain entwined courtesy of Brabham Automotive.

When designing the first car, the BT62, David Brabham reached out to Tauranac with a key question.

“I was keen to carry the BT symbols with the car that we were producing,” he explained.

“I would like to see that carried on for many reasons, but also to carry the legacy of both my father and Ron Tauranac.

“I spoke to Ron, and I asked him, ‘Look, this is what I’d like to do. Are you happy with us using the T,’ Because obviously the T represents Tauranac.

“He was delighted, in his way, that that was happening, so it’s played an influential role in the development of the BT62.”

Brabham also recounted the last time he saw Tauranac, when he and his son, Sam, went on a road trip in 2017 following the launch of the car.

“We were testing BT62 before we launched in Victoria and I went over with it. I drove up and did a bit of a tour of some of the places where I grew up and stuff with Sam,” he recalled.

“We actually ended up in Sydney before we headed to Bathurst and caught up with him there, which was the first time my son had actually had a chance to sit down and have a chat with him.

“It was really good to see him and he was in good spirits and he took us down to our favourite RSL Club for lunch.

“He’d take you through all the shortcuts, through the alleyway, because he wouldn’t go the normal way, he had to find the quickest way and we can only bloody keep up with him.

“(He) bolted down the street and we were saying, ‘What the hell?’

“We were actually walking quicker than we would normally walk just to keep up with him.

“I don’t think he had the tolerance for anyone he thought was lazy,” he added.

“He didn’t see the point in it. And if you worked with him, you had to be as dedicated as he was to get respect.

“I didn’t know Ron in the early ’70s, but I can only imagine he didn’t change at all, all the way through, even though he had all that success.

“Ron stayed as Ron, and that’s why we loved him so much.”