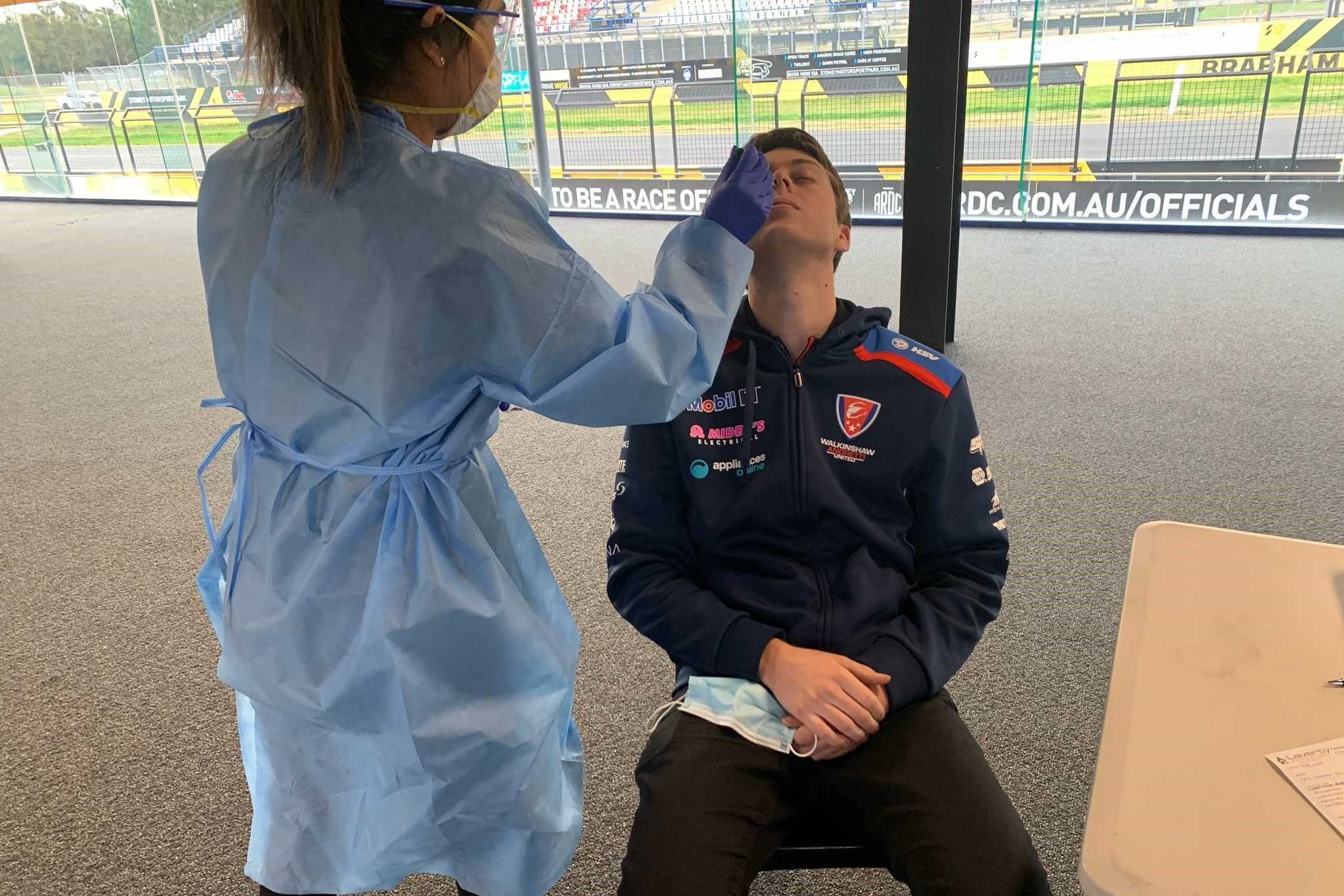 Bryce Fullwood is tested for COVID-19

All personnel from Victorian-based Supercars teams have returned negative coronavirus tests results ahead of this weekend’s Truck Assist Sydney SuperSprint.

On July 6 the New South Wales border was closed to Melburnians, leading to a border dash before state lines were locked down at 23:59 local time/AEST.

On July 7 the border was closed to all of Victoria at 23:59 local time/AEST.

Earlier this week Supercars made COVID-19 tests mandatory for all Victorian-based Supercars teams.

Erebus Motorsport, Tickford Racing, Team 18, Kelly Racing, and Walkinshaw Andretti United all underwent tests in the lead up to this weekend.

Speedcafe.com has confirmed with all five Victorian teams that their personnel have returned negative tests.

As of this weekend, teams will be allowed to take an additional non-performance crew member per two-car operation, taking their personnel limit to 14.

Round 4 of the Virgin Australia Supercars Championship takes place at Sydney Motorsport Park over July 18-19.