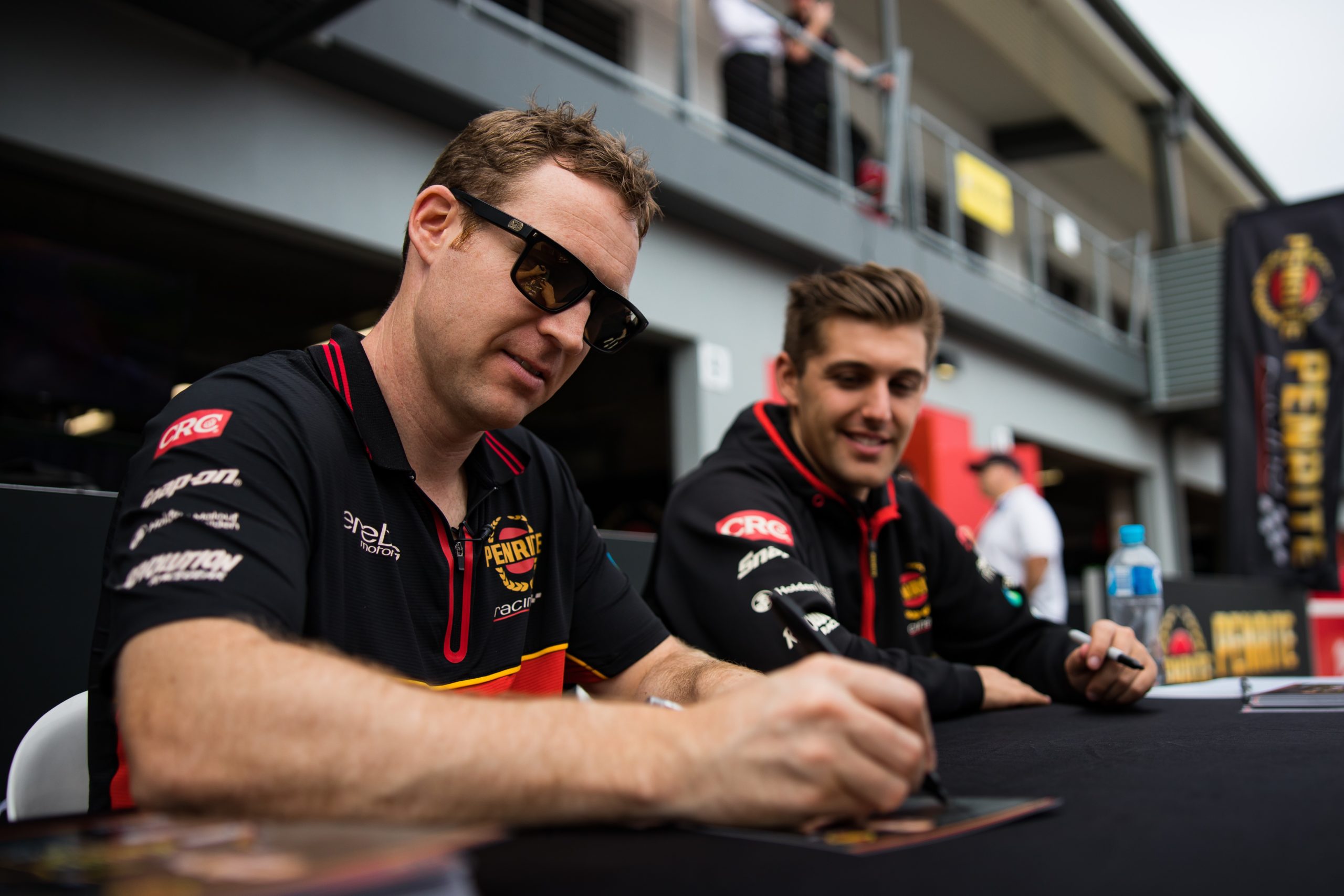 David Reynolds has welcomed the return of crowds to Sydney Motorsport Park this weekend after a “dull” return to racing last month.

Round 4 of the Virgin Australia Supercars Championship will see a little over 1000 spectators attend Sydney Motorsport Park.

The attendees will be restricted to the grandstand on the main straight, which is running at 25 percent of its 4400 capacity.

Supercars and the Australian Racing Drivers’ Club had hoped for general admission as well as park and view options for spectators, however, that couldn’t be facilitated at short notice.

This weekend will mark the first time spectators have attended a Supercars round since the shortened Melbourne 400.

Reynolds hailed the return of spectators; however, he hopes more will be able to attend future events soon.

“‘What’s a sport without fans,’ I say,” the Penrite Racing driver said.

“The last round was just so strange,” Reynolds said of the first Sydney SuperSprint event in late June.

“Just no vibe, no atmosphere, it was almost like a funeral was happening. It was just that dull.

“To have some sort of crowd will be awesome. I can’t wait until it goes back to normal and we can have tens of thousands of people.”

While limited numbers of spectators will be trackside, they’ll be segregated from the teams and drivers with no pit paddock access.

Paddock access has long been a staple of the sport, but this weekend drivers will be kept away from the public in the midst of the ongoing coronavirus pandemic.

“When you get out of the car, the back of pit lane is usually flooded with people, walking up and down, looking around and stuff,” said Reynolds.

Teams have been allowed an additional non-performance crew member, taking their personnel limit to 14 per two-car team.

Despite the increase, team owner Betty Klimenko has decided not to attend the fourth round of the truncated season.

Reynolds, who has a long-term contract with the team to see him through to 2029, said Klimenko has been a notable omission from the pit lane.

“You want your team boss to support you, she’s always positive and making people laugh, bringing some positivity to the team,” said Reynolds.

“You kind of need that, especially in these times. We wish she could come to the rounds more often, but with the restrictions of all the personnel in the team, it makes it difficult.”

Reynolds will be on track at Sydney Motorsport Park on July 18 with Practice 1 at 11:45 local time/AEST.