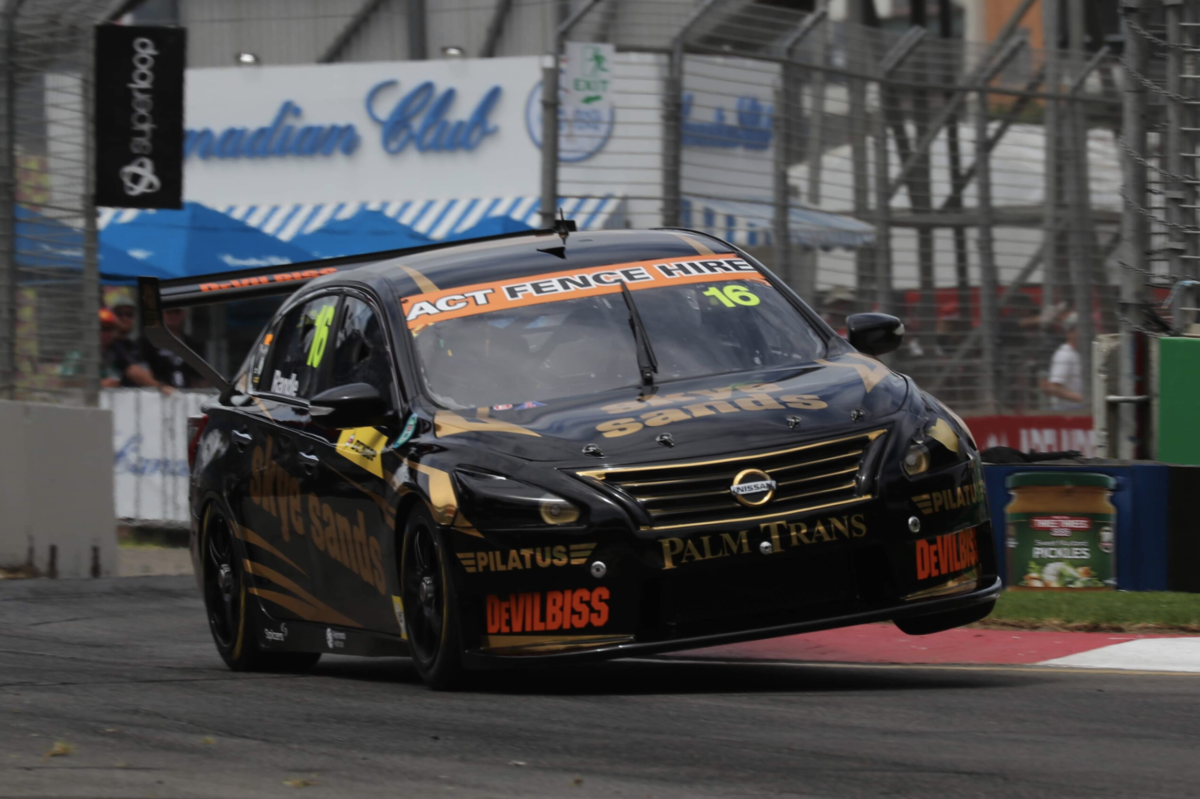 Title contender Thomas Randle is treating this weekend’s Dunlop Super2 Series round at Sydney Motorsport Park as if it is the last of the year.

The second tier of Supercars has been out of action since February’s season-opener in Adelaide and its third round is currently slated for Sandown, in southeast Melbourne, in September.

Whether or when that event goes ahead after the Virgin Australia Supercars Championship’s northern swing, however, is a far from certain proposition amid the unpredictable pandemic.

As such, Randle, a race winner in Adelaide, is taking a different mindset into what is only Round 2 of the season.

“It’s been weird period, that’s for sure,” said the MW Motorsport driver, currently second in the series.

“It’s nearly five months since I’ve driven my Skye Sands Super2 Nissan, but I managed to snag a few laps in the other boys’ cars in the test last week, so I’m excited to get back on the track.

“(Saturday) will be a busy day with four sessions, and I can sense a tight battle between Brodie (Kostecki), Will (Brown), and Jordan (Boys). It’s anyone’s game.

“Brodie is leading the championship, but hopefully we can have a good run in qualifying.

“The key will be to look after the tyres. As we also saw a few weeks ago in Sydney, tyre life was a massive factor.

“That makes practice important, and I’ll work on myself and the car and try and extract the maximum and put it all on the line.

“It’s quite an unusual year, so we’ll go out there and pretend it’s the last round of the year as we just don’t know what’s going to come next.”

Randle and MWM are based in Melbourne, meaning they were part of the dash over the New South Wales border last week.

Team owner Matthew White praised his crew for how they have responded to a regularly changing situation.

“It’s been the unknown every day, but I couldn’t be prouder of my team of guys who have sacrificed a lot to be here for this event,” said White.

“Originally, we had our cars set up and ready for Tasmania, then that was cancelled so we changed it all for a test day at Winton and the round, but the day prior to leaving for the test, everything changed again. And it changed dramatically too, and we found ourselves throwing everything into the truck to head to Sydney.

“It was fine for me and the full-timers in our team, but for everyone else (contractors) that are here for our team shows a huge amount of dedication and we are extremely grateful.

“On the other hand, there were some who sadly couldn’t make it, so I’m feeling for them. These race weekends are hard work, but it’s the sport we love and a shame that they all couldn’t be here.

“Our aim for Sydney is to punch as best we can, and frankly, enjoy it as well. It’s no one’s fault, but it could be our last run for a while, so we’re going to have some fun and hopefully come back with a trophy or two. I’m really looking forward to the weekend.

“Supercars and all its teams are doing everything they can to not endanger anyone. They’ve done a great job in managing it all so far, so we all have our fingers crossed because it’s just a tough time for everyone.”

MWM will field four cars this weekend, with Jayden Ojeda and Zak Best continuing in its other two Altimas.

The former is the leading rookie in fifth in the points and the latter ninth after his first Super2 round, while Jaylyn Robotham makes his debut in the Super3 class in one of the squad’s FG Falcons.

Practice 1 at the Western Sydney circuit starts tomorrow at 10:15 local time/AEST, ahead of 18-lap races on each day of the meeting.