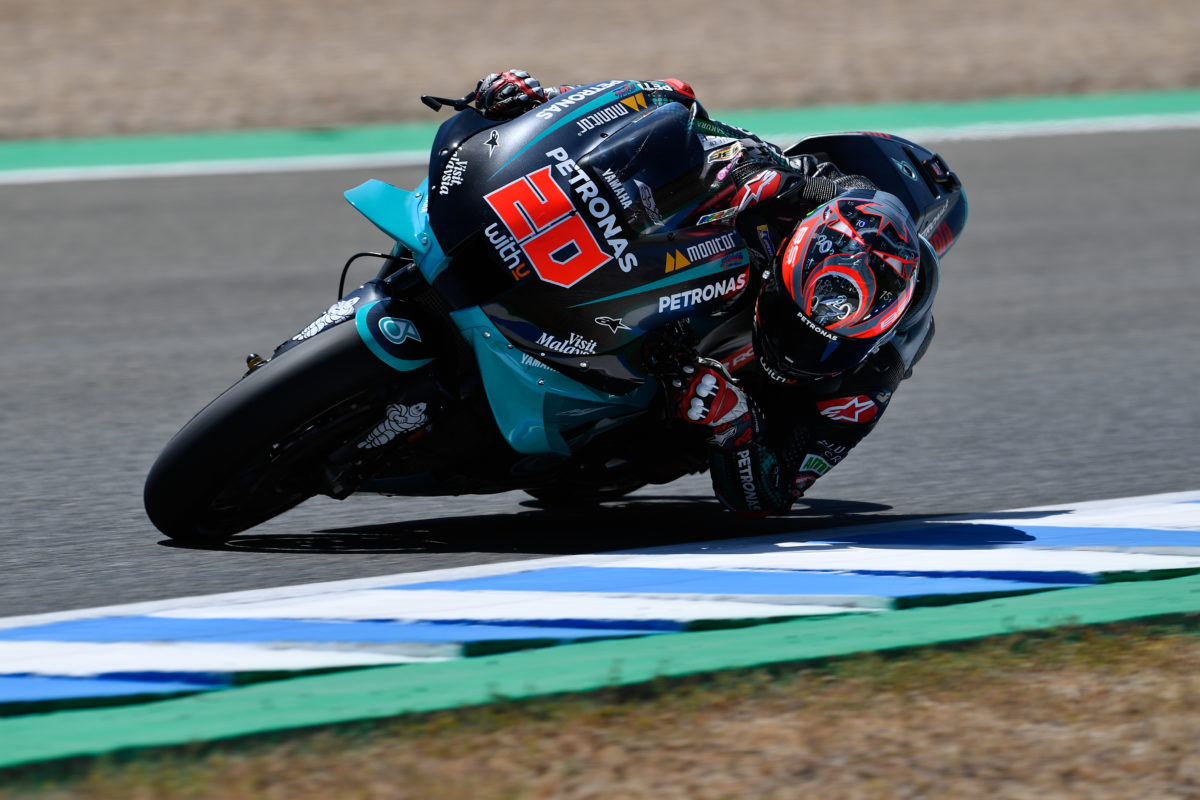 Fabio Quartararo will have to serve out the penalty for his breach of testing regulations after stewards rejected his appeal.

The Petronas Yamaha SRT rider will be forced to sit out the first 20 minutes of this evening’s practice session at Jerez after it was found that he rode an illegally modified road motorcycle last month.

According to the appeal decision released by stewards, Quartararo and the team did not dispute the breach, but did seek to have the penalty changed.

“The rider and team representative explained that this was a mistake from their side and was not intentional to gain a specific benefit,” read the decision documentation, in part.

“They both confirmed the facts presented, and requested a change of penalty.”

The stewards had already been satisfied that the breach was not intentional, and the Appeal Stewards affirmed that they “see no reason to deviate from the decision”.

As such, both of Quartararo’s bikes will remain in the SRT pit box for at least 20 minutes after the first MotoGP practice session of the season begins this evening at 17:55 AEST.