Miller best he has felt ahead of a season-opener

Miller best he has felt ahead of a season-opener 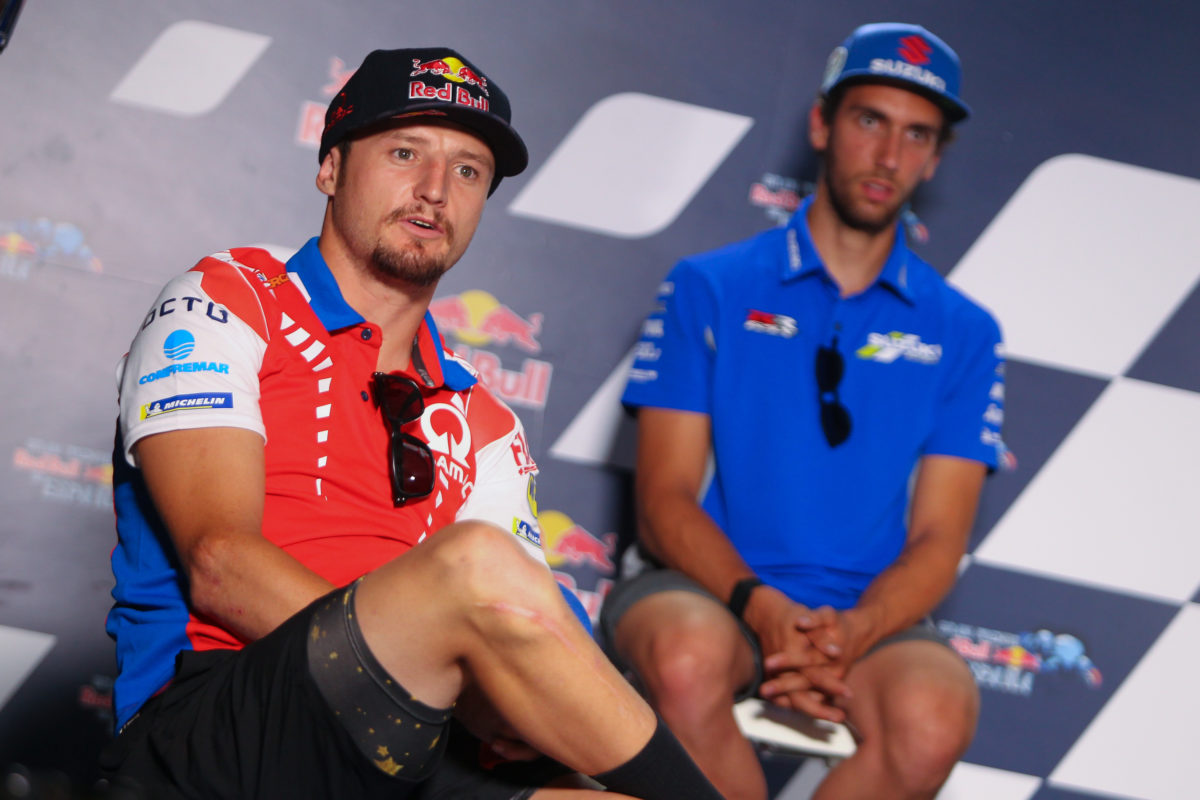 Jack Miller says that he feels the best that he ever has before the start of a MotoGP season, ahead of this weekend’s Spanish Grand Prix.

The Australian will soon commence his final campaign as a Pramac Racing rider, with a contract to ride for the factory Ducati Team in 2021 already sealed.

“I’m trying not to be overconfident or anything like that; just keep my feet on the ground (and) keep, let’s say, my focus on the ultimate goal, which is trying to battle with Marc (Marquez), as is everyone’s, I think.

“(But) I feel good, I feel like one of the top, let’s say, Ducati riders, that’s for certain, and I think we can try and take it to the other manufacturers.”

Miller was eighth-fastest in the test day which was put on for each class this week due to the long break in track activity, but believes that the result did not reflect his true potential.

While conceding that Jerez, the venue for this weekend’s round and the Andalucian Grand Prix on the following weekend, will not suit the Desmosedicis, the 25-year-old is optimistic about his bike’s potential in later events.

“(I am) definitely pleased with how the bike’s behaving around here,” said Miller.

“The bike really works well in the bigger sort of tracks. As history has shown, the Ducati probably hasn’t been ideal for tracks like this one, but it seems like we were able to make it work pretty well.

“I don’t think the actual position on the timesheets yesterday reflects out potential – we had a lot more potential there – so I feel I’ve got a little bit more in my pocket, as I’m sure everybody does.

“But, just to start off like that, I’m pretty happy. (It) gave us a solid base, (I) stayed on the bike, didn’t do anything silly, just tried to put in the laps and gather data for the race weekend.

“I think our new bike’s really good (and) I know we’ll be coming onto better tracks down the line so the biggest thing is just walking out of here with a bundle of points and try and move onto the next couple and just build a solid platform.

Miller also was not discounting his chances of vying for the championship even before his move to the factory team.

“We wouldn’t rock up here if we didn’t think we could do it,” he declared.

“The championship being short, the championship starting in the middle of the year, it may catch a few people by surprise so if we’re able to capitalise on that that’s going to be an amazing thing.”

The first practice session of the premier class season starts this evening at 17:55 AEST.

MotoGP is live on Fox Sports