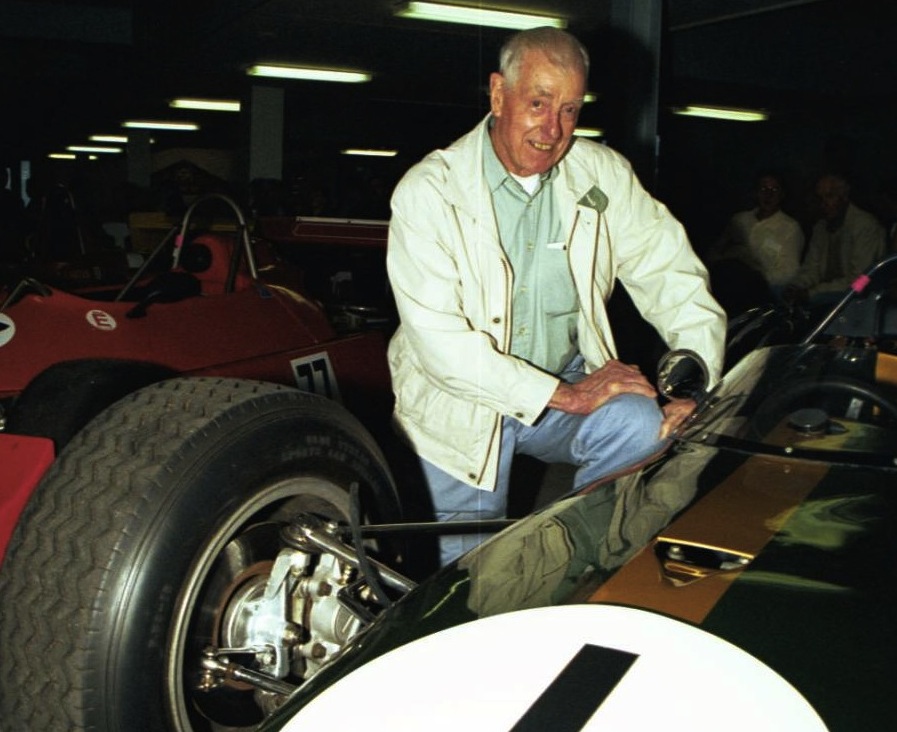 Legendary motorsport designer and engineer Ron Tauranac has passed away at the age of 95.

Tauranac led a highly distinguished career that saw his cars twice win the Formula 1 world championship during the 1960s with Sir Jack Brabham and Denny Hulme.

“The Tauranac family regretfully announces the loss of Ron Tauranac at the age of 95,” the family said in a statement issued through Speedcafe.com.

“Ron passed away peacefully in his sleep during the early hours of Friday morning at his home on the Sunshine Coast in Queensland, Australia.

“Active, healthy, and independent until the end, he felt the need to constantly achieve something and always had the next goal in mind.

“He was never one to rest on his laurels, with his sharp engineering mind always engaged.

“When asked recently what the best car he designed was, he responded simply ‘the next one’.

“He led an extraordinary life. We are both incredibly proud of what he achieved and deeply saddened by his loss.”

Born in the United Kingdom in 1925, the Tauranac family emigrated to Australia while Ron was a child.

He left school and 14 and was a member of the air cadets as a teenager before joining the RAAF where he trained as a fighter pilot.

In 1949 he left the air force and became a draughtsman.

Around this time he discovered motorsport, and with his brother, Austin, built racing cars using their initials to form the name Ralt.

It was as a competitor in hillclimbs in New South Wales that Ron met Jack Brabham, the pair forging a relationship that would endure throughout their lives.

When Brabham headed to Europe the pair remain in touch, and Tauranac played a behind the scenes role in developing the ‘low-line’ Cooper T53 with which Brabham claimed the 1960 Formula 1 world championship.

That same year Tauranac returned to the United Kingdom with his family.

Once there, he and Brabham formed Motor Racing Developments and began working on a Formula Junior car.

As the years progressed the business expanded to design, build, race, and sell cars across a variety of formulae, from Formula 1 to Formula Ford, all carrying the ‘Brabham’ name.

In 1966 Motor Racing Developments (with the Brabham ‘factory’ team) won the Formula 1 world championship with Jack Brabham at the wheel of Tauranac’s design.

The following year, Hulme managed the same feat, with the team also claiming the ‘International Cup for F1 Manufacturers’ (the constructors’ championship as it is known today) in both seasons.

Following Brabham’s retirement at the end of 1970, Tauranac took over the running of MRD and the Brabham F1 team, before selling to Bernie Ecclestone in 1972.

Short stints with Trojan and Frank Williams followed before founding Ralt in 1974.

The RT1 was designed to race in Formula 3, Formula Atlantic, and Formula 2 competition, with Larry Perkins giving the marque its first major success at the Monza Lotteria in 1975.

Tauranac’s designs became the car of choice for many aspiring youngsters including Nelson Piquet, Keke Rosberg, and Ayrton Senna.

As he’d done with MRD, Tauranac produced cars for a range of competitions globally, establishing Ralt at the forefront of customer car production – just as Brabham had been in the 1960s.

In late 1988, Tauranac sold Ralt to the March Group, scaling back his involvement in customer racing.

There were however a string of other projects he became involved in, with Honda and a stint as a contractor with Arrows Formula 1 team in 1997 where he was drafted in to help solve reliability issues.

In his latter years, Tauranac returned to Australia where he lived in Sydney’s eastern suburbs before moving to the Sunshine Coast in 2018 to be closer to his daughter.

He was awarded the Order of Australia in 2002, and inducted into the Motorsport Australia Hall of Fame in 2017 for his contribution to design and engineering.

Speedcafe.com sends its condolences to the Tauranac family and his many friends.