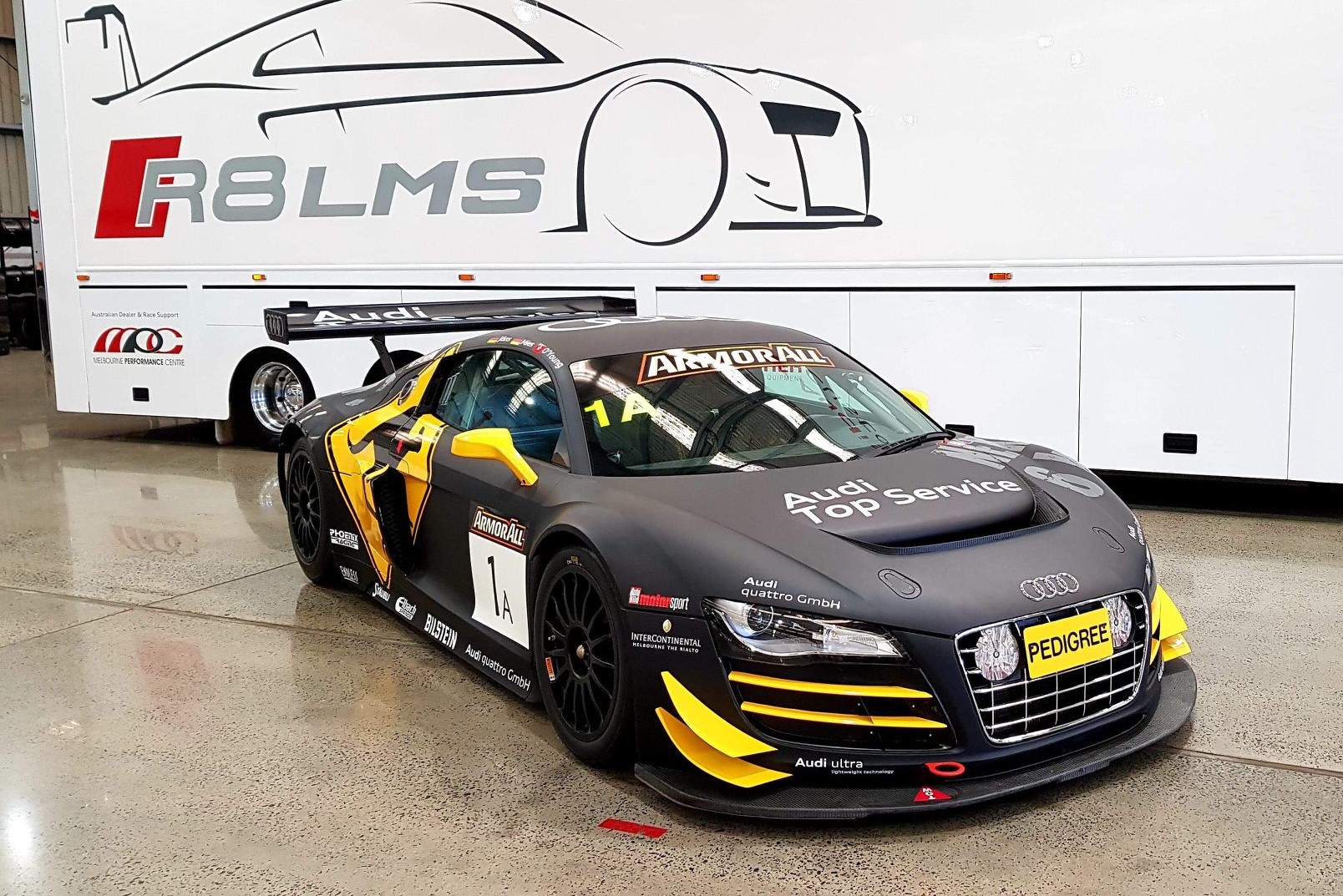 An Audi R8 GT3 LMS, the first car to win the Liqui-Moly Bathurst 12 Hour in the GT3 era, is for sale.

From its revival in 2007 to 2010, the Bathurst 12 Hour was only open to Group 3E Series Production Cars and select invitational entries.

However, for 2011, the once-around-the-clock race was opened to FIA GT3 homologated cars.

The Audi R8 LMS GT3 famously won the 2011 edition of the Bathurst 12 Hour in the hands of Christopher Mies, Marc Basseng, and Darryl O’Young under the Audi Race Experience Team Joest banner.

The car returned in 2012 this time with Phoenix Racing, drivers Mies and O’Young again at the wheel and joined by Christer Jöns.

The #1A (pictured above) is presented in its livery as campaigned in 2012, which features a warning of kangaroos for the next six kilometres.

More recently, the car has been kept in the National Motor Racing Museum adjacent to Mount Panorama.

The car is eligible for the GT3-based series such as the Australian GT Trophy Series and Production Sports Cars New South Wales.