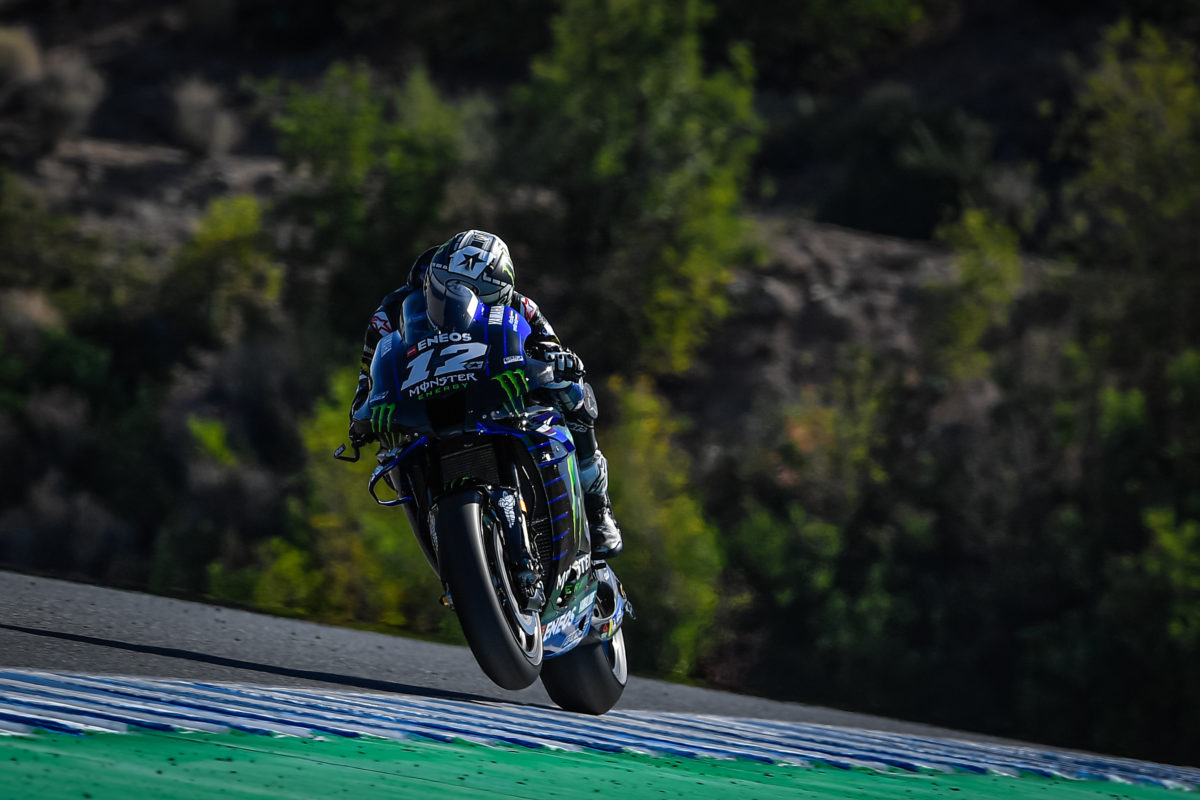 Yamahas ended the day one-two with Viñales (Monster Energy Yamaha) topping the latter session at Jerez on a 1:37.793s from Fabio Quartararo (Petronas Yamaha SRT) on a 1:37.911s.

Marc Marquez was fastest in the morning hit-out with a 1:37.941s, faster than the race lap record.

The Repsol Honda rider fell just short of that marker in setting a personal best 1:38.021s in the afternoon, which left him third for that session.

Valentino Rossi’s 1:38.222s in the morning left him fifth on combined times on the other factory Yamaha, while Jack Miller was eighth-fastest with a 1:38.348s in the morning on his Pramac Ducati.

Andrea Dovizioso (Ducati Team), who underwent surgery on a fractured collarbone at the end of June, was 15th all told thanks to a 1:38.779s in the afternoon.

Team-mate Danilo Petrucci crashed early in the second session on oil left by Aleix Espargaro (Gresini Aprilia) and missed the rest of the day.

Alex Marquez (Repsol Honda) went down in a separate incident, but both riders were reported as okay.

Round 1 of MotoGP commences at Jerez this Friday.