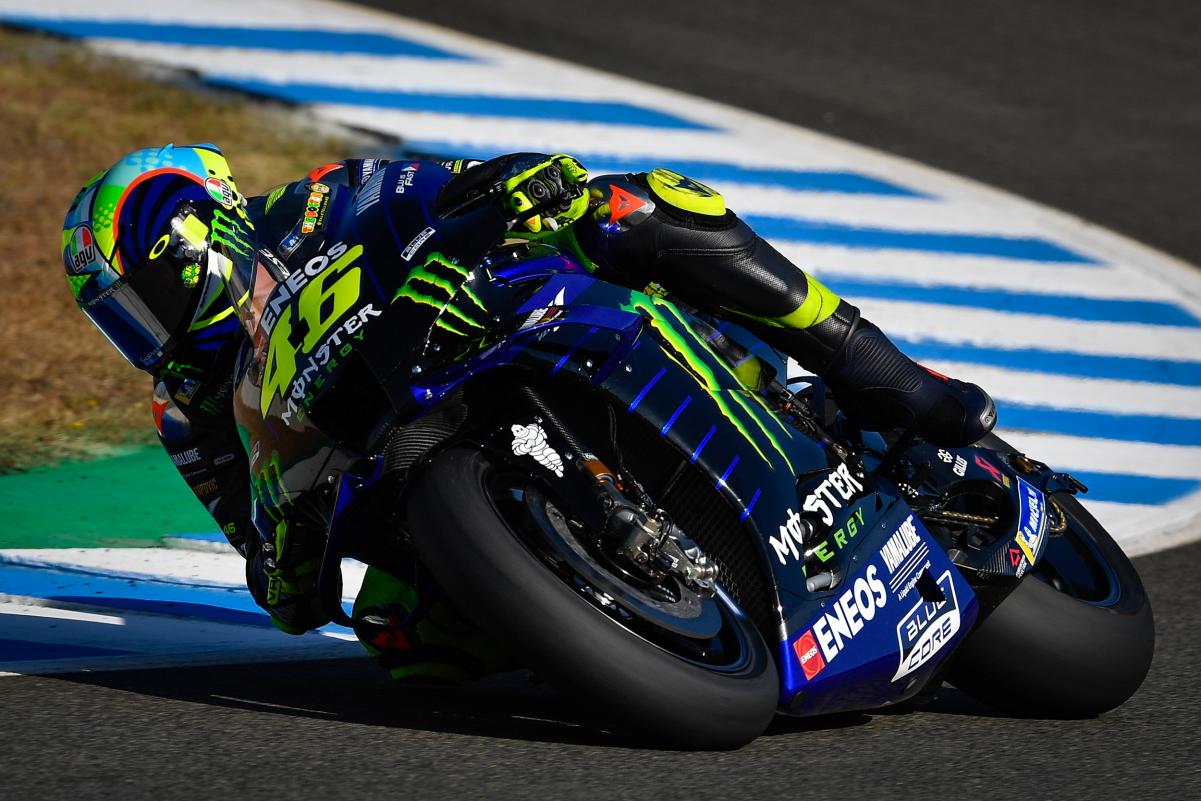 Valentino Rossi has declared himself “99 percent certain” of riding with satellite Yamaha outfit SRT in 2021.

The Italian denies that he has already signed a deal, despite a key figure of his entourage having suggested he would do so in June.

However, Rossi says that he is not far away from signing with the Petronas-backed squad.

“The news that I signed isn’t true, but we’re very close to agreeing a contract,” he told Spanish network DAZN and Sky Sport Italia.

“I want to continue racing. It’s 99 percent certain that I’ll race with the Petronas team in 2021.

“We’re still to resolve some details, especially about my team and the people who’ll work with me.

“We’re talking about how we’ll set up the team, there are a lot of pieces to put into place.”

Rossi’s comments are likely to be a reference to discussions around how many Yamaha staff members he is able to take from the satellite team to the factory team, a matter which has reportedly been a sticking point.

In the event that he does make the move to SRT, he will join compatriot Franco Morbidelli, whose signing of a second two-year contract was announced earlier this week.

The Malaysian-owned squad’s other current rider, Fabio Quartararo, has long been locked up by Yamaha Factory Racing after a highly impressive rookie season in 2019.

The Frenchman was signed after Rossi refused to commit to continuing his glittering career at the time, with the intent of assessing his form on the race track before he came to a decision.

A seven-time premier class champion, ‘The Doctor’ has not won a race since mid-2017 and came to be regularly outperformed by Quartararo and fellow factory rider Maverick Viñales.

He nevertheless remains valued by Yamaha, which has promised full factory support if he saddles up on an M1 again in 2021.