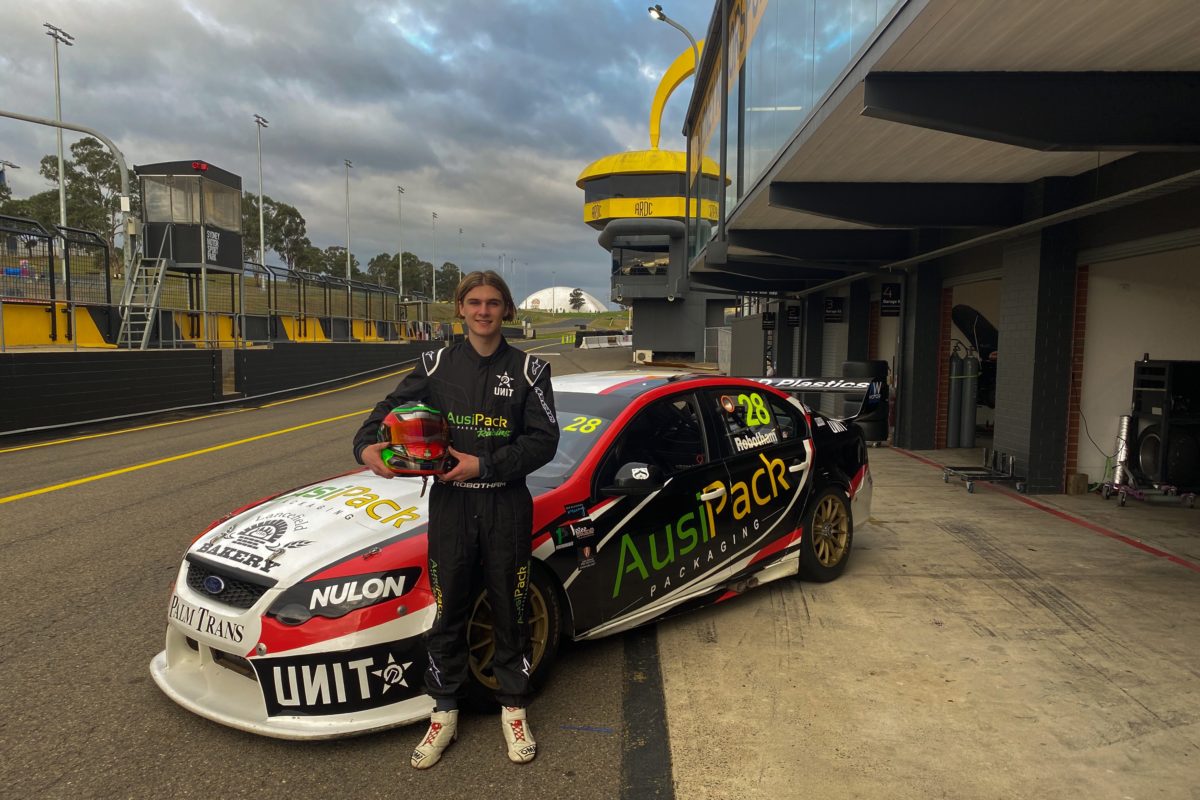 New MW Motorsport driver Jaylyn Robotham has shown off the look with which he will contest his rookie season in the Kumho Tyre V8 Touring Cars (Super3) Series.

The 17-year-old will pilot the FG Falcon which Mark Winterbottom drove to 12th in the 2012 Supercars Championship from this weekend at Sydney Motorsport Park.

“I’m excited to be making my Super3 debut this weekend,” said Robotham.

“To do it with a top team like MW Motorsport has made it a fabulous experience.

“My sincere thanks to Rob and his team at AusiPack for getting behind me as naming rights partner, as well as my other sponsors and supporters who have been with me for so long.

“Special thanks to my parents who have done so much to get me to this position.”

Robotham’s presence on a combined Super2/Super3 grid makes for a four-car line-up for MWM, which won the Super2 Series last year with Bryce Fullwood and the Super3 Series in 2018 with Tyler Everingham.

The stalwart Super2 squad will also field Nissan Altimas in that class for opening round race winner Thomas Randle as well as rookies Jayden Ojeda and Zak Best.

“We are looking forward to working with Jay this season; he did a great job at our recent test day, even with limited running in any Supercar previously,” said team owner Matthew White.

“We are preparing for a busy debut with over 20 cars expected to take part in the category next weekend.”

Practice 1 for Round 2 of Super2 and Round 1 of Super3 takes place on Saturday at SMP from 10:15 local time/AEST.