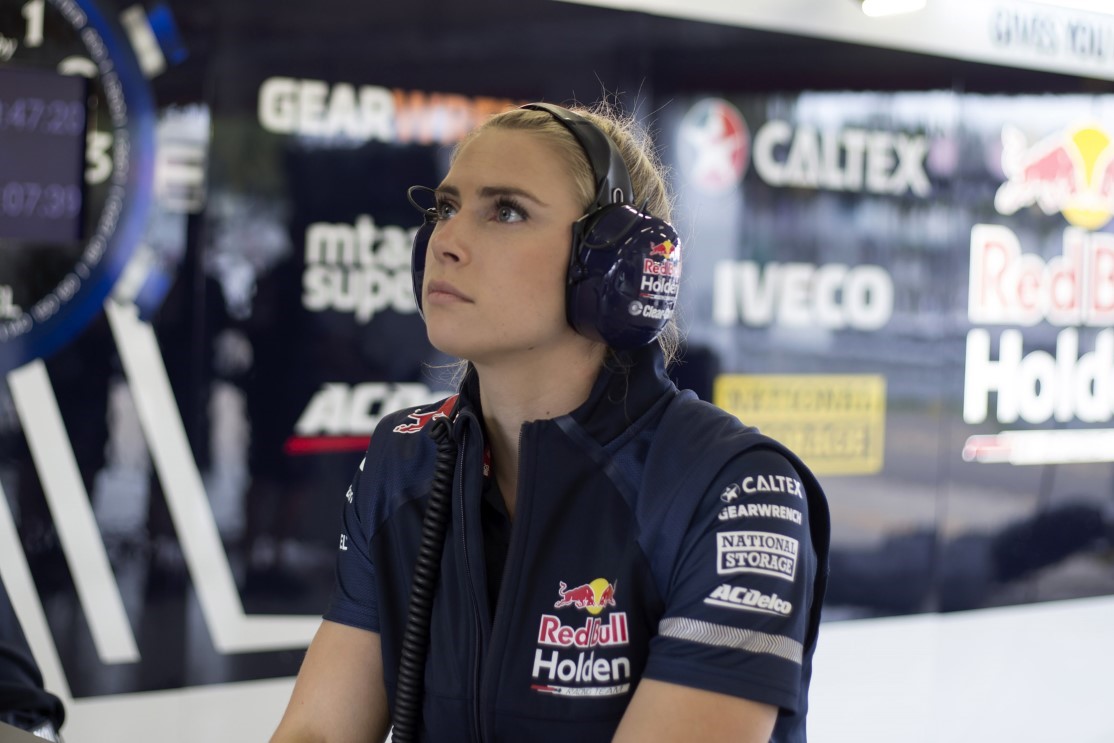 Jessica Dane has been named as one of the members of the nine-strong on-air line up for the Seven Network’s Australian Racing Group telecasts in 2020.

Dane will join the previously announced Jack Perkins and Molly Taylor as a pit reporter, while Seven’s Mark Beretta and Abbey Way have been named as hosts.

Behind the microphone in commentary will be Greg Rust, Matt Naulty, Cameron van den Dungen, and Richard Craill.

The team will cover series such as TCR Australia, the S5000 Australian Drivers’ Championship, Touring Car Masters, and National Trans Am.

“It is a pleasure to announce our commentary team in conjunction with the Seven Network as we prepare to start racing,” said Australian Racing Group CEO Matt Braid.

“We have Australia’s best mix of exciting motorsport categories, and now an equally exciting commentary team that includes a group of Australia’s most respected and experienced commentators and presenters, together with some great new talent, who collectively will provide exceptional coverage of ARG’s race categories and events on Australia’s leading television network.”

Added Dane, “Like everyone, I cannot wait to get back to the track.

“It’s been a rollercoaster year so far, but this is definitely something to look forward to – the racing should be fantastic with everyone so keen to get back behind the wheel and the coverage will give fans at home plenty to tune in for.

“Honestly, I thought my broadcasting days were long behind me in the UK, but I’ll never turn down an opportunity to go racing, so I’m massively excited to be joining such a great team who will be aiming to deliver the best possible television for the fans.”

Each event will enjoy at least three hours on Saturday and again on Sundays on 7mate, as well as all-day streaming on 7plus.

Lewis Martin, the Seven’s Head of Network Sport, said, “Motorsport has long been a core part of Seven’s DNA so we’re rapt to partner with the Australian Racing Group to bring fans a feast of top-line racing live and free in 2020.

“With a minimum three hours’ coverage on Seven on each day of competition and every second of every day live-streamed on 7plus, racing fans are in for a high-octane mix of TCR, S5000, Touring Car Masters, Trans Am and much more.”

For Mark Beretta, the appointment marks a return to domestic motor racing after serving as a pit reporter and occasionally host on Seven’s Supercars Championship telecasts during its last run as rights holder from 2007 to 2014.

“It’s fantastic to have regular motorsport back on Seven,” remarked Beretta.

“TCR is booming around the world because of its accessibility, brand rivalry and tight racing, so I know this season is going to grab the attention of Australian sports fans and take them on a brilliant ride.

“To launch a new racing family on Seven is super exciting. Our team of commentators are fresh, knowledgeable, passionate and keen to bring the action to viewers in a way they’ve never experienced before.

“This is racing with real energy from the team calling the action because they love everything about TCR.

“We’ve got a mix of legends and young guns racing in cars designed to create an even contest, so the recipe for full-on racing action is spot on! I honestly can’t wait to get this party started.”

Round 1 of the Shannons Motorsport Australia Championships is set to be held at Sydney Motorsport Park on September 4-6.