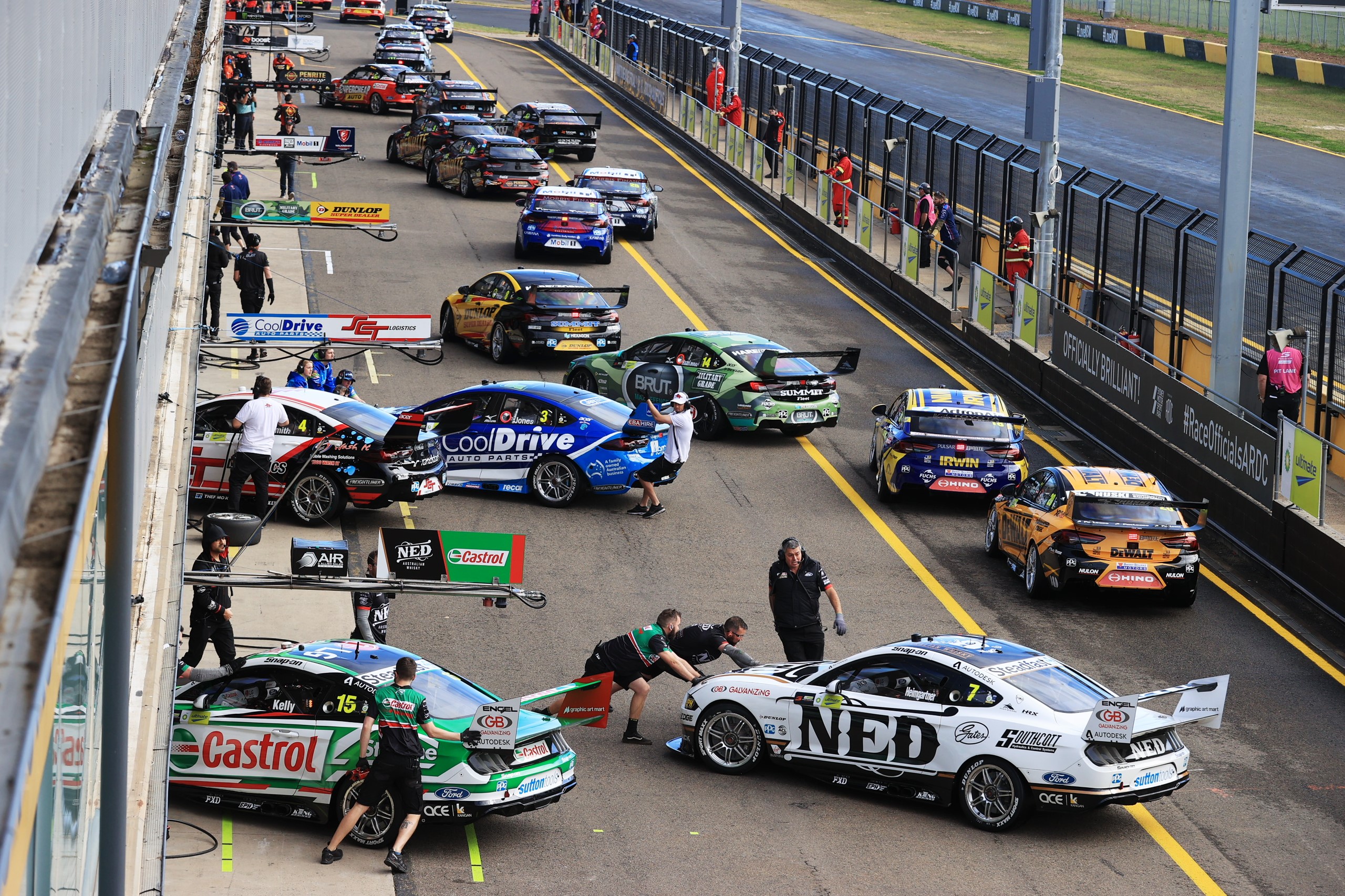 Victorian and New South Wales teams will relocate to Queensland

Supercars has confirmed its Victorian- and New South Wales-based teams will relocate to Queensland next week.

It’s estimated close to 200 people will be relocated in the move, including not only teams and drivers but broadcasters and officials too.

Details of where teams will be based are yet to be finalised, however, Queensland teams have offered their facilities to those affected.

From there, teams will set-up in south-east Queensland for two weeks before heading to the Northern Territory.

Following what is expected to be a Darwin doubleheader, teams will return to Queensland for the Townsville street race.

“I want to thank the Queensland and Northern Territory Governments for their support to continue our 2020 Championship at this time,” said Supercars CEO Sean Seamer.

“Being able to prepare and operate out of Queensland enables us to lock in the key Northern legs of our championship and give the teams and TV crew the best access to resources for preparation.

“I would like to thank all of our Victorian and New South Wales people, teams, drivers and of course their families for their continued support, flexibility and resilience.

“We’ve already seen numerous offers of support from Queensland teams for their interstate competitors, from unlimited access to workshops to accommodation and transport support.

“It’s been an overwhelmingly positive response from within the category to ensure our season perseveres in a year that will continue to challenge us all.”

Tourism Minister Kate Jones said the Queensland Government would continue to work with Supercars to ensure a safe relocation.

“Because Queenslanders have done such a great job fighting COVID-19, we can now focus on our economic recovery,” said Jones.

“Before COVID-19, major events pumped more than $800 million a year into our economy.

“These events will be crucial to rebuilding our economy and our tourism industry in months and years to come.

“Having every Supercars team from around the country relocate to Queensland is even more great exposure for our state at a time we need it most.

“Supercars has a huge following throughout Australia. We know that thousands of Aussies are planning their first holidays out of isolation. Having images of the Gold Coast and Townsville beamed into their living rooms this winter is a great win for our tourism sector.”

The decision comes in the wake of a growing outbreak of COVID-19 in Sydney.

Earlier this week the Northern Territory designated metropolitan Sydney as a hotspot, including the Blacktown local government area in which Sydney Motorsport Park is located.

Under the Northern Territory Government guidelines, anyone who has been in a designated hotspot in the past 14 days cannot enter the state without completing a mandatory 14-day quarantine at their expense.

The BetEasy Darwin Triple Crown is set to take place on August 8-9. A doubleheader in Darwin is also on the cards.

Supercars becomes the second major sport to relocate the lion’s share of its teams after the AFL announced a similar move that will see all Victorian teams moved to Queensland by Monday next week.