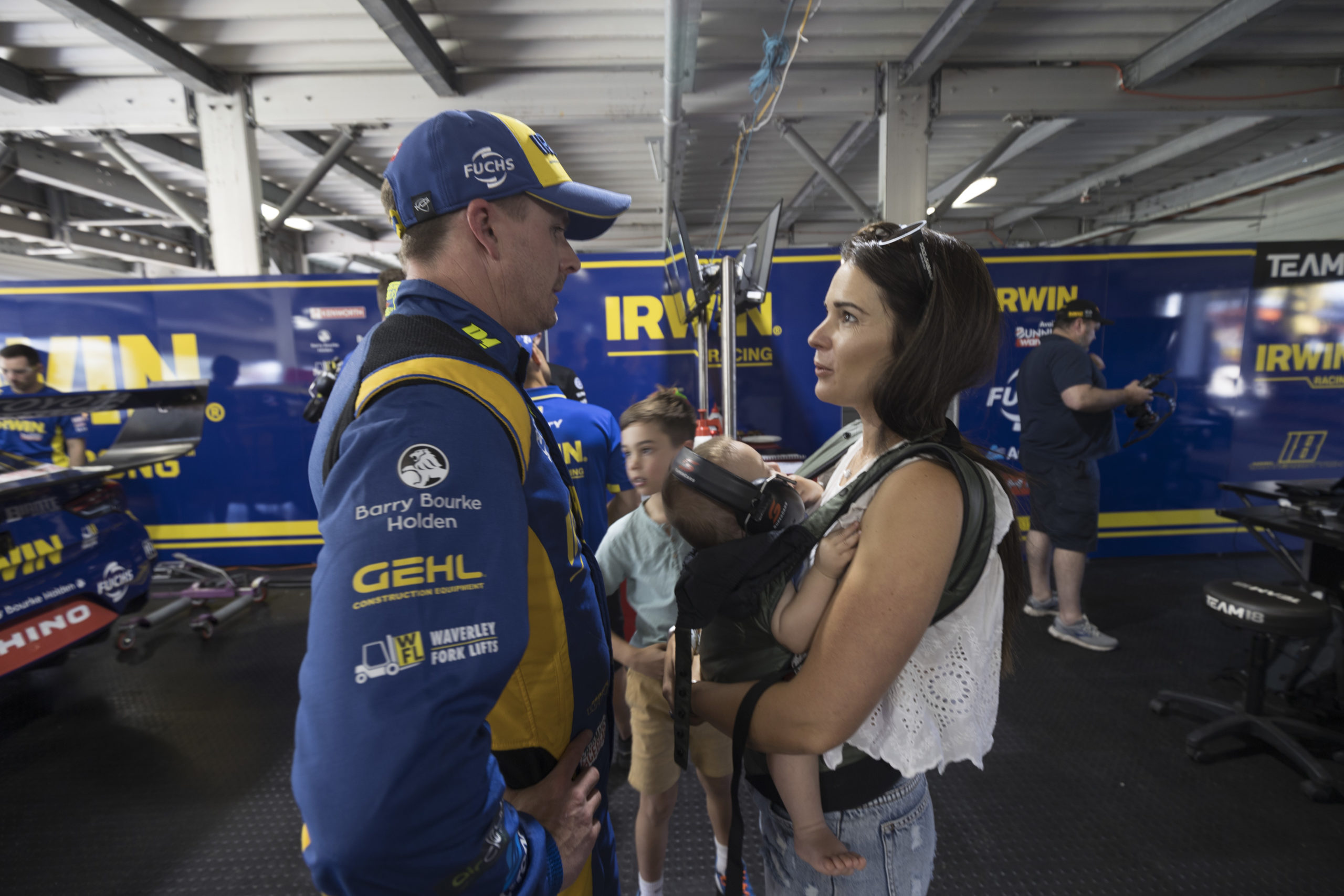 Mark Winterbottom says Victorian families will be doing it tough with drivers and teams away from home over the weeks and possibly months to come.

Winterbottom was among those to ditch Victoria for New South Wales last week in an effort to safeguard the forthcoming Truck Assist Sydney SuperSprint.

The 39-year-old was stationed on the fringe of the border at a holiday home in Victoria when the call came from Team 18 to up stumps and get across the border.

“The world at the moment, nothing seems strange because every hour something else is happening,” said Winterbottom.

“For us, we had a house up on northern Victoria, so we’ve been out of the city and literally don’t watch much news so didn’t really know what was going on.

“I got a phone call from the team manager to say ‘pack your bags, you’ve got two hours to get it all together and get across the border’.”

Winterbottom said the move was “quite tough” and that the full effect of it didn’t sink in until a few days after.

Since the move, he and the Team 18 crew have stayed at a hotel adjacent to Sydney Motorsport Park.

Having left his wife and three children behind, his youngest having only recently turned one, Winterbottom said he’s been in constant contact with his family.

“We’re all missing home,” he said.

“We’re face-timing every night with the wife and kids. As tough as it is on us here, the families at home are feeling it more because they’re getting told there’s no school, they’re homeschooling, there’s no football, there’s no this, there’s no that.

“Although we thinking we’re doing it tough here, they’re doing it way tougher at home. I’m trying to keep the support network going and trying to make sure we get home, whenever we do, that they haven’t changed the locks and kick us out,” he joked. “We’re doing what we can.”

Winterbottom said the Victorian-based teams didn’t have much choice but to leave Victoria.

While they have left their families behind with no certainty as to when they might return, Winterbottom said they understand and respect the decision.

“Our sport, you don’t have an option,” he said of the border dash.

“You miss one round and the championship is over effectively. Whereas football codes, if you sit out, the team still plays and it’s like an injury and you come back in six weeks time.

“We don’t have that option. At the moment it’s two weeks, or 10 days, into our time away. No doubt it’s going to get tougher, not easier, but at the same time, you put so much into this sport.

“Not just week in, week out, but your whole life has been spent to get to this moment to race cars.

“You’ve got to have that chat with your partner and say ‘are you okay that we go away for this long?’ They’re not going to say no because they support everything you do.

“I don’t want to be in a hotel without my family, but if we are here, I hope we race and make the most of it. Get in, get out, get the races done and get home as quick as we can. It is what it is.”

The return will see the addition of night racing and tyre compound variation with soft and hard compounds on offer.