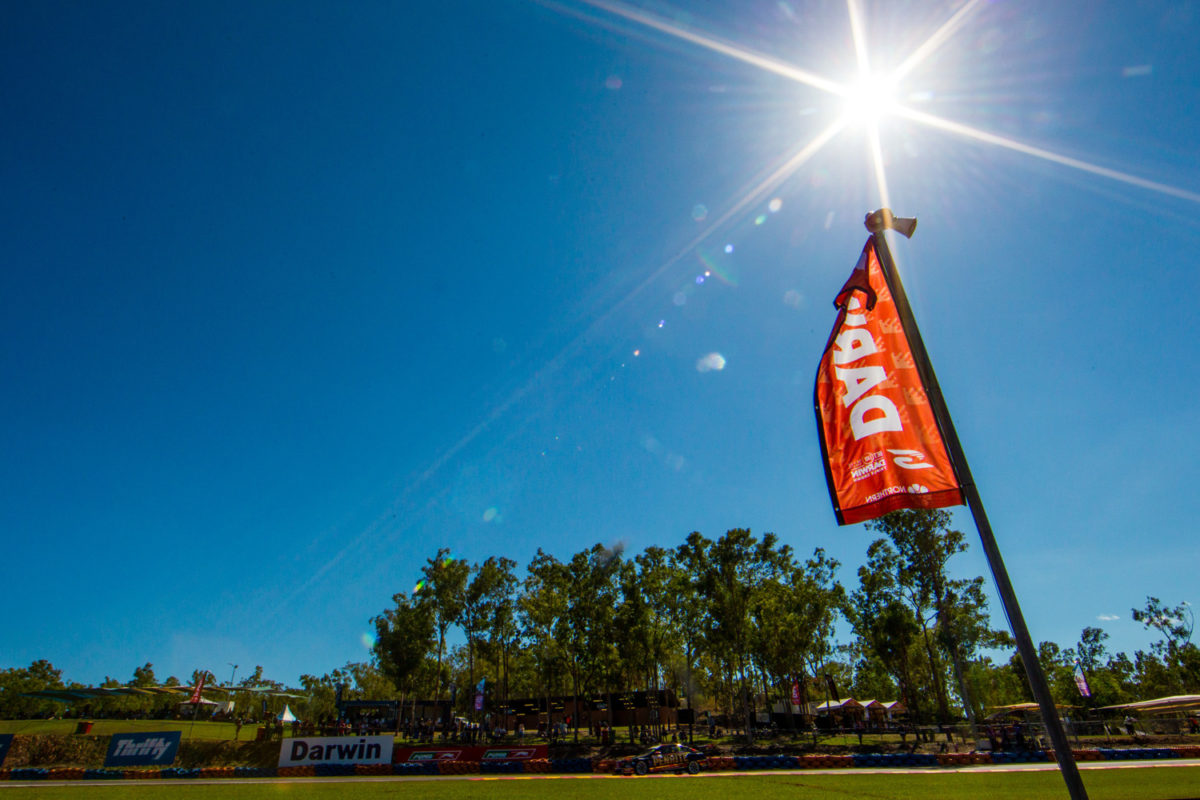 The Northern Territory will continue to effectively refuse entry to arrivals from Sydney due to a new COVID-19 outbreak, jeopardising the BetEasy Darwin Triple Crown.

Today’s announcement from Northern Territory Chief Minister Michael Gunner means that anyone who has visited the nominated list of 30 local government areas covering ‘greater metropolitan Sydney’, declared hotspots as of this morning, must observe 14 days of quarantine in the suburb of Howard Springs, near Darwin.

Those hotspots include the local government area of Blacktown, in which Sydney Motorsport Park and the adjacent hotel at which teams are staying/to stay is located.

The majority of Victorian-based Virgin Australia Supercars Championship teams are currently already domiciled in the New South Wales capital, where the Truck Assist Sydney SuperSprint is set to take place this weekend.

The Northern Territory capital is due to host Supercars on August 8-9, meaning a bump-in no later than 19 days after the conclusion of the Sydney event.

However, for the Hidden Valley event to proceed on its current date, all teams would have to leave Sydney almost immediately after racing concludes this weekend.

“Our borders are still closed to all states and territories until Friday,” said Chief Minister Gunner.

“There is now a large cluster in southwest Sydney, the Crossroads Hotel cluster. Our team has been monitoring this; the new cases, the spread.

“The Security and Emergency Management Committee met again this morning with the Chief Health Officer.

“After considering his advice, we will declare all 30 local government areas in greater metropolitan Sydney as hotspot areas for the purposes of travel to the Northern Territory.

“That means, from Friday, if there are any arrivals to the Northern Territory from Sydney, or who have been in Sydney in the previous 14 days, they will be directed into mandatory supervised quarantine at Howard Springs, and charged $2500.”

The restrictions on Sydneysiders and visitors to the Harbour City will apply for at least two weeks beyond the Northern Territory’s general reopening date of July 17.

Hotspot declarations already presented a potential issue for Victorian-based teams before they fled to NSW last week, although Hidden Valley event organisers subsequently advised in a statement that “from the beginning our planning has included contingency plans for several eventualities.”

Personnel would still be able to fly to Darwin from Sydney Airport provided they do travel directly to the airport and do not visit a hotspot on the way, similar to Queensland’s previous exemption concerning the Hume local government area in which Melbourne Airport (‘Tullamarine’) is located.

“It’ll be similar to the Victorian situation where the airport is quarantine, if that makes sense,” explained Chief Minister Gunner.

“It’s exempted, but if you leave the airport obviously and go into a hotspot, then, no, you’re not welcome.

“What we understand (is) that people often travel through those places to get here.

“It has to be continuous travel, so don’t stop, don’t get out of your car, don’t visit a hotspot area in Sydney, don’t do that.

“It has to be continuous travel from where you were, to the airport, and on, and it would be the confidence that we would then have to make sure that you have not done the wrong thing in a hotspot area.”

However, the territory’s Chief Health Officer will grant “very limited freight and logistics exemptions with strict protocols” under the new declaration.