Ricciardo: Renault needs to ‘show where we deserve to be’

Ricciardo: Renault needs to ‘show where we deserve to be’ 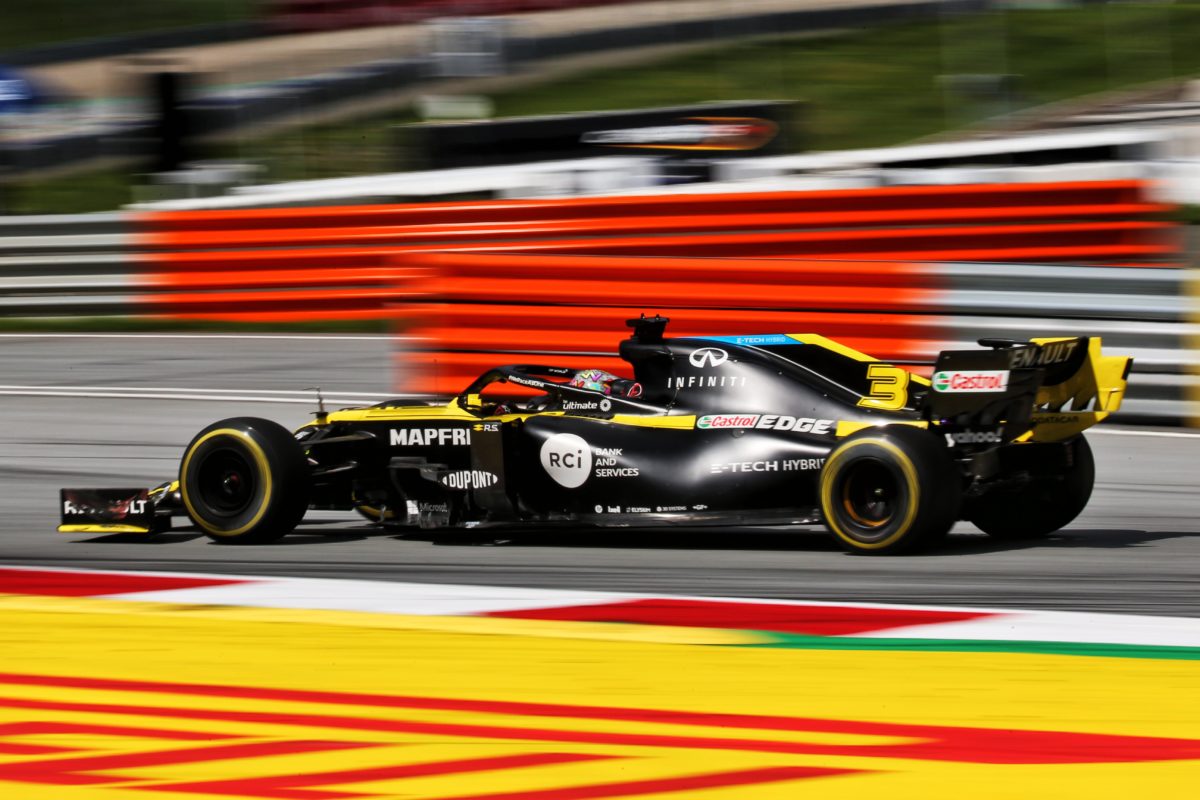 Daniel Ricciardo says that Renault needs to “show where we deserve to be” in the pecking order this weekend in Hungary after scoring his first points of 2020.

Having had to retire from the season-opener at the Red Bull Ring, the West Australian was able to finish eighth a week later in the Styrian Grand Prix.

He was left frustrated, however, after Lance Stroll escaped punishment for a late-race lunge which saw both leave the track and cost Ricciardo two positions.

Team-mate Esteban Ocon, who outqualified Ricciardo on a wet afternoon prior, failed to reach the finish due to a cooling issue.

“We held onto sixth for so long and two laps from the end it came undone,” recounted Ricciardo.

“It was a positive race with a decent start and solid pace in general. There are positives from it and we showed the speed for a better result.

“We have another chance this weekend; we’re moving in the right direction and the car has taken a step forward.

“We just need to extract the most from it and show where we deserve to be in the standings.”

The 31-year-old is also excited to get back to the Hungaroring, the scene of just his second grand prix victory, with Red Bull Racing in 2014.

“I can’t wait to get back to Budapest,” he exclaimed.

“I’m glad it’s on the revised calendar as it’s one of my favourite circuits.

“I’m pumped to have a good one this time around and trying this year’s car on a high-downforce circuit for the first time.

“I’m quite enjoying these back-to-back races and, since we’ve been competitive in Austria, I know we’re going to have a chance in Hungary for a good result.”

Renault F1 Team’s Chief Race Engineer, Ciaron Pilbeam, reasoned that the performances in Austria were a promising sign for the squad.

“We’re encouraged from what we have seen from the car so far this year,” he said.

“It has been consistently better in Barcelona (testing) and Austria, the two circuits we’ve been at this season. I don’t think these improvements are circuit specific, and we would expect this progression to carry over to other circuits.

“The Styrian Grand Prix was a mixed weekend for us,” he added.

“Our cars qualified well in the wet session on Saturday and were looking good to capitalise on that in the race on Sunday.

“However, we did not score the points that we could have, and that is the ultimate measure of our performance, so we cannot be satisfied.

“Nevertheless, the car has clearly improved and showed good pace all weekend in both wet and dry conditions at a circuit where we have struggled in the past, so we can be optimistic about the coming races.”

Practice for the Hungarian Grand Prix starts on Friday at 19:00 AEST.