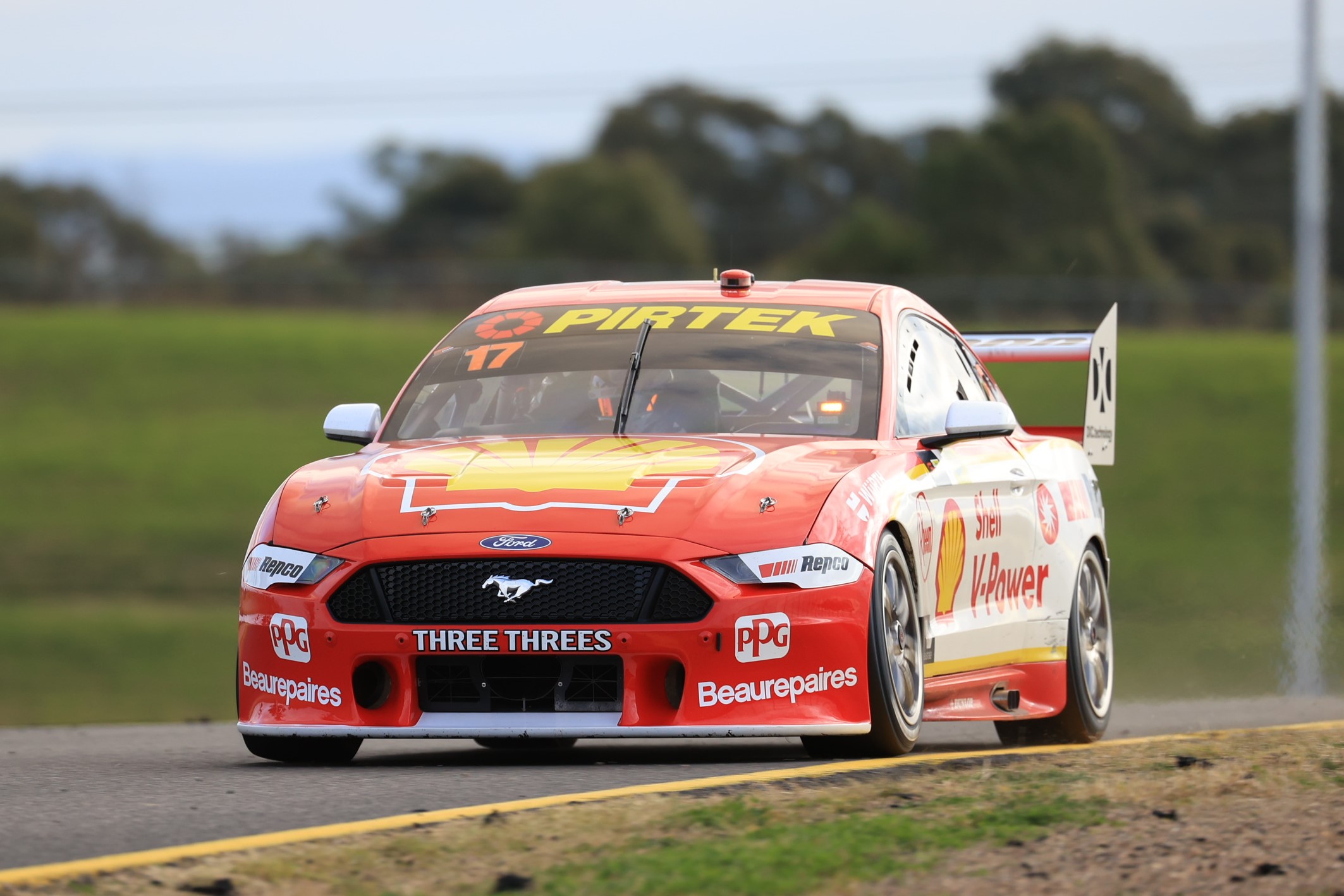 Scott McLaughlin believes this weekend’s Sydney SuperSprint could spring a surprise result if drivers ‘go for glory’ on tyre strategy.

Drivers are required to make one pit stop in each of the 32-lap races and change a minimum of two tyres. However, compounds cannot be mixed.

Speaking with select media including Speedcafe.com, McLaughlin said the tyre situation could see drivers chance their arm to snatch a strong result.

“There’s going to be a lot of thinking on your feet,” said McLaughlin.

“There’s going to be people that are going to take the chance and might run both softs in one race and just completely stuff their whole weekend and try and go for glory in one race.”

“We’ve only got five sets; two softs, three hards, and we need six if we’re going to put new tyres on every pit stop.

“We’re going to have to reuse one of those. I don’t know if it’ll be a soft or a hard.

“And of course there’s a chance someone could run soft pits and then put a soft on and go hard for one race and screw the rest of them.

“It’ll be interesting to see who does that just to get a result.”

Lee Holdsworth was also a late charger in the third race of the weekend, coming from outside of the top 10 on an alternative tyre strategy to claim second place.

McLaughlin, however, said a conservative approach may be the way to go to maximise points across the weekend.

“At the end of the day, the main objective for us the most points across three races,” he said.

“Basically every race is the same. We’ve had a little chat about it and what we’ll do and whether we run tyres once or twice more, even in qualifying.

“Our aim right now is just to do the best job across three races.

“We’re probably not going to win every race, it would be awesome if we could, but if we have a weekend like we did last time that’s ideal. I think it’s going to be very interesting.”