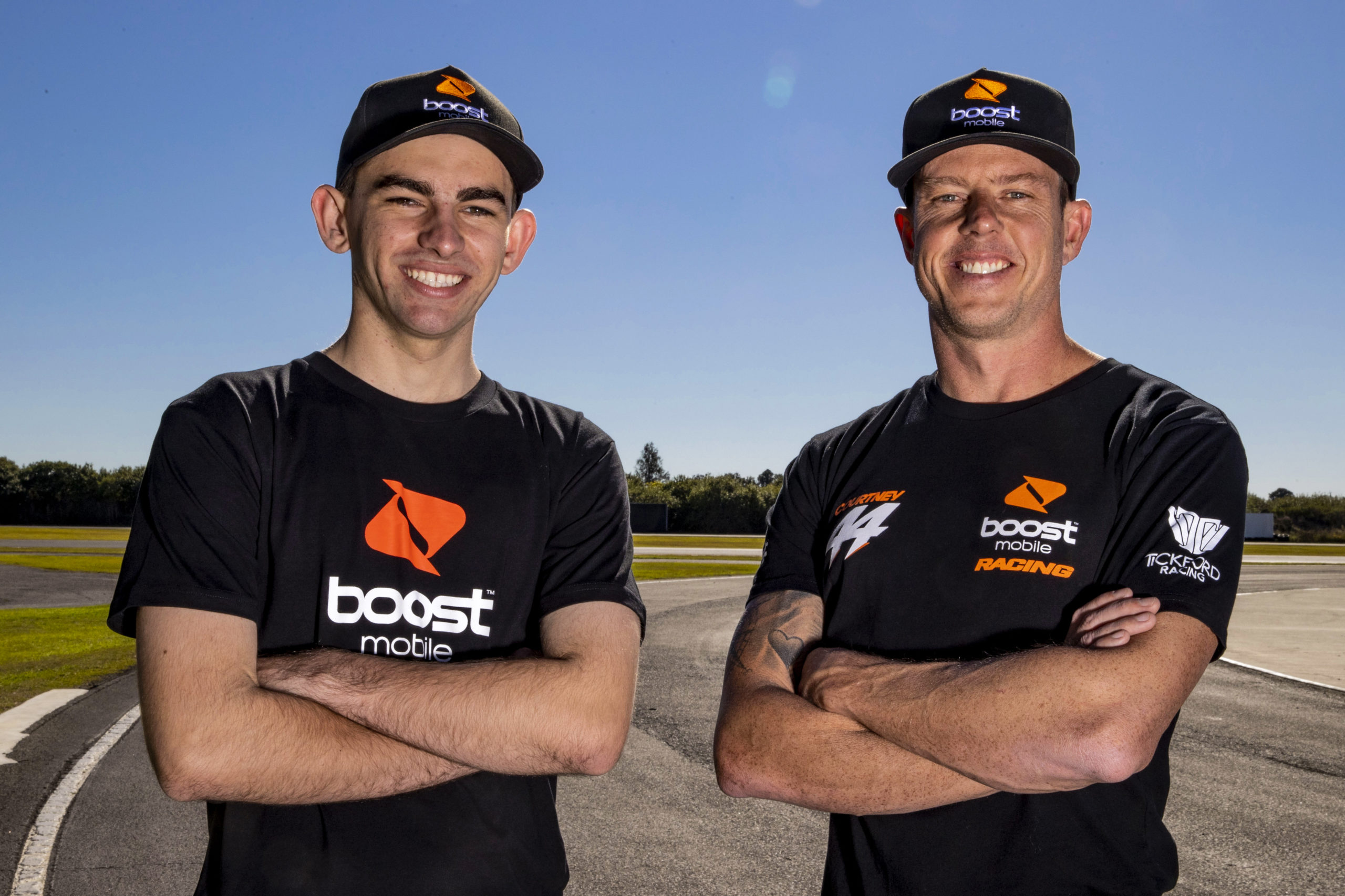 Broc Feeney is set to make his Supercheap Auto Bathurst 1000 debut this year with James Courtney and Boost Mobile Racing.

Feeney won the Kumho Tyre Super3 Series in 2019, driving a Ford Falcon FG out of the Paul Morris Motorsport stable.

At the beginning of 2020, the Boost Mobile-backed driver stepped up to the Dunlop Super2 Series with Tickford Racing, piloting an FGX.

The announcement comes on the eve of Round 2 of the Super2 Series at Sydney Motorsport Park in support of the Virgin Australia Supercars Championship.

Feeney joins a handful of drivers, including soon-to-be-team-mate Cameron Waters, in a list of those to debut at in the Bathurst 1000 at just 17 years old.

“It’s amazing to have the chance to compete in the Bathurst 1000.

“Like most kids, growing up I would sit down on the couch to watch the race and always dreamed of being in it, so to have this opportunity is unbelievable.

“And to do it in such a competitive car and with a driver as successful as JC is incredible.

“I’ve been involved with Boost Mobile since last year in Super3, and it’s been great to be involved with such a high level brand with high profile athletes around the world.

“To now be able to race the Boost Mobile Mustang in one of the biggest races in the world is surreal.

“I’m still pinching myself and I absolutely cannot wait to get to the Mountain in October.”

With this year’s endurance season condensed to just one race, Feeney’s pre-Bathurst 1000 preparation will be focused on his Super2 Series campaign.

After the Sydney Motorsport Park round, the series is set to move onto Sandown International Motor Raceway in September and will also feature on the Bathurst 1000 support card.

This year will mark the 14th start for Courtney at Mount Panorama, who rates the up-and-comer highly.

“Broc has had an incredible rise through the ranks of Australian motorsport, so to team up with him at Boost Mobile Racing for Bathurst is pretty exciting for both of us,” said Courtney.

“He’s only been racing cars for a few years but he’s won in just about everything he’s ever driven, which speaks to his talent, determination, and ability to adapt, all of which are really important in getting the most out of a Supercar.

“We have a fast Boost Mobile Ford Mustang, and it’s really encouraging to see Broc putting in the hard yards to be at his best when he joins up with us in October.”

“I’ll have a lot to learn for sure, but JC is a great driver to learn from, and we should have a very good car underneath us which I’m really excited about,” said Feeney.

“Over the past few months I’ve really stepped up my training and fitness, and I’ve been turning heaps of laps at Norwell Motorplex to keep sharp in the car.

“I’m working hard to be as physically and mentally prepared as possible, and hopefully come October we can go chase a trophy in the Boost Mobile Mustang.”

While he only claimed one win that year, he went on to finish off the podium in just three races that season to beat Jayden Ojeda to the title.

“Broc’s ability behind the wheel goes without question, but his work ethic on and off the track has really impressed us this year,” Edwards said.

“When the season was put on hold due to the pandemic he kept focussing on improving himself, even at times when he didn’t know when the next race would be.

“We signed him to our Super2 program just seven months ago, but the progression he’s made in that timeframe is remarkable.

“There is plenty of room for him to grow and develop, and we are delighted to help him prepare for his first crack at the main game.”

Feeney will this weekend continue his Super2 Series campaign with two races at Sydney Motorsport Park on July 18-19.

He currently lies eighth in the standings with finishes of 10th, seventh, and seventh.