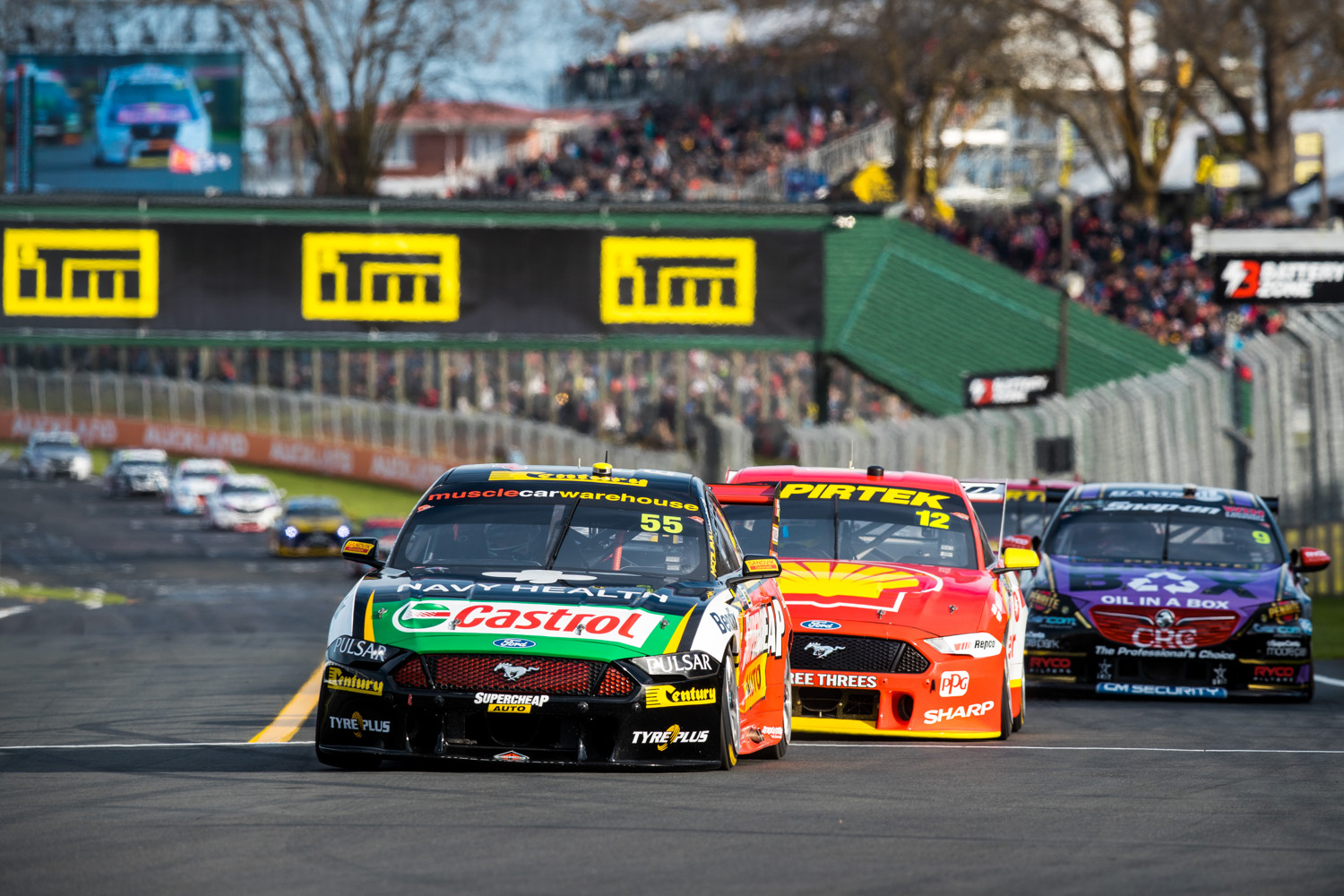 Supercars is expected to return to New Zealand in 2021

The effect of COVID-19 and a $525 million hole in the Auckland Council budget will be factored into contract talks between Supercars and the city’s economic development agency.

As a result of the coronavirus pandemic, Supercars first postponed and later cancelled the New Zealand round of the championship this season.

The ITM Auckland Super400 was originally set to take place in April at Hampton Downs Motorsport Park earlier this year but was pushed back to January 2021 following the first calendar revision.

A second round of calendar revisions subsequently saw the event cut from the calendar, this year’s event effectively pushed out to 2021.

Supercars’ contract with the Auckland Council-controlled Auckland Tourism, Events & Economic Development (ATEED) was up for renewal at the end of this year.

Supercars CEO Sean Seamer has indicated that the 2021 calendar will likely be released in early October.

Speaking with Speedcafe.com, ATEED General Manager Steve Armitage said he and his team will meet with Supercars soon to discuss the future of the event.

“We’ll be sitting down with Sean and the team, we were planning to do that,” Armitage said.

“We’ve foreshadowed that in recent conversations with them to understand what the event might look like in the future.

“It’s been a strong performer for us. It’s the largest attended sporting event in the country, and as I’ve previously covered, provides a great benefit to the southern part of the city in particular.”

Auckland had been set to host the Asia-Pacific Economic Cooperation (APEC) summit in 2021, billed as the largest event ever hosted by the New Zealand Government.

Auckland was to host the FIA World Rally Championship later this year before that event was cancelled too due to COVID-19.

The only major international event not yet affected by the coronavirus pandemic has been the America’s Cup, which is slated for March next year.

In a recent update from the Auckland Council, it said staff cuts, a reduction in services, and deferral of major construction projects were likely to come amid a slash in spending.

Armitage said Australia remains “a key market” for ATEED, however, the city faces a budget shortfall as a result of the pandemic.

“There is a huge amount of upside there, but equally, in the short term, it’s hard not to think about the $525 million hole in the city budget,” Armitage said.

“We’re going to have to make some hard decisions about which events we are invested in.

“Are they providing us with the right outcomes, and to the right level, for us to be able to proceed with?

“We’re all grappling with a post-COVID view of the world. That will come into the discussion that we have with Supercars.

“But the track record, pardon the pun, is one that’s performed very well. We look forward to having that conversation.”

Supercars is set to return to New Zealand in 2021 with an event in April.

Earlier this year it was announced Hampton Downs Motorsport Park would host the 2020 event after it was found Pukekohe Park could not run a race meeting on ANZAC Day as first reported by Speedcafe.com.

However, ATEED’s priority is to host an event within its catchment, which Hampton Downs does not fall into, and as such, Pukekohe Park would be its preference for a host circuit.

“It’s always our preference to have the event take place within the Auckland boundary,” said Armitage.

“We’re primarily an Auckland ratepayer-funded organization. That would certainly be our position.

“We’re deeply appreciative and acknowledge the work that Hampton Downs has done. And I wouldn’t rule out the events and possibility of them featuring at some point in the future.

“But for the duration of this contract, and provided we can work with the event delivery team around the unitary planning requirements, our strong preference would be to see the event hosted in Pukekohe.”