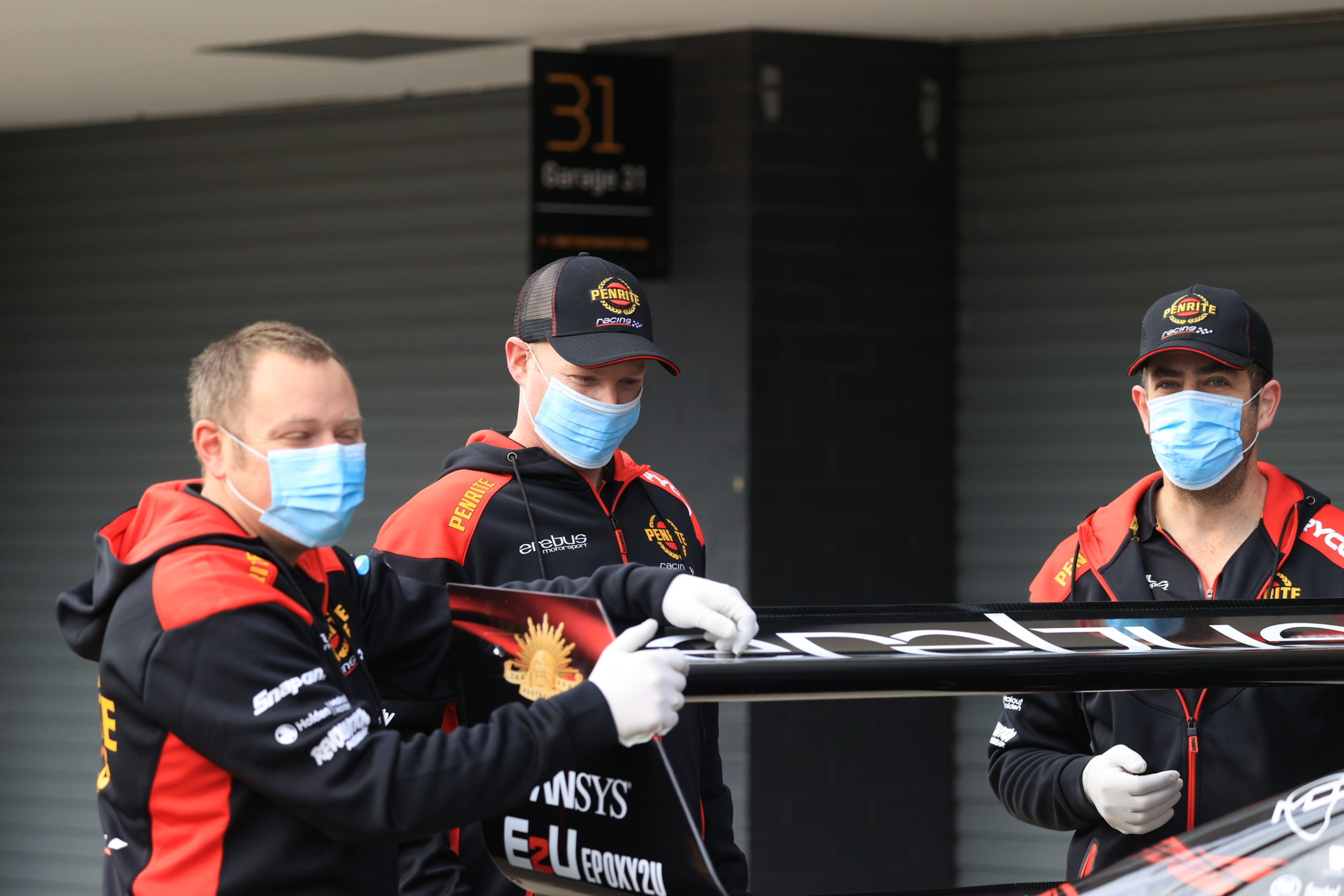 Teams were notified last week by Supercars of the testing programme in the wake of a surge in positive cases throughout Victoria.

Earlier this week it was confirmed teams would have to wear medical standard face masks in the pit lane at all times.

“To ensure the health and wellbeing of everyone attending the event, Supercars has made COVID-19 testing mandatory for all Victorian team personnel attending this weekend’s event,” a Supercars spokesperson said.

“Tests were carried out last week and further tests will take place on Wednesday. All tests to date have returned a negative result.

“As a precautionary measure, face masks will be made mandatory for this event for everyone working in pit lane and the paddock area.”

“Supercars will continue to ensure that all events are compliant with appropriate State, Territory and Federal regulations.”

Erebus Motorsport, Tickford Racing, Team 18, Kelly Racing, and Walkinshaw Andretti United all vacated the state prior to the border closure.

Kelly Racing has been relocated to a family farm north of Mildura while the remaining teams are currently based out of Sydney Motorsport Park in the interim.

Erebus Motorsport has based its crew in the Southern Highlands of New South Wales at team owner Betty Klimenko’s farm.

Anyone wishing to leave Victoria for New South Wales is required to apply for an exemption from the government.

The Virgin Australia Supercars Championship hosts its second consecutive round at Sydney Motorsport Park on July 18-19.