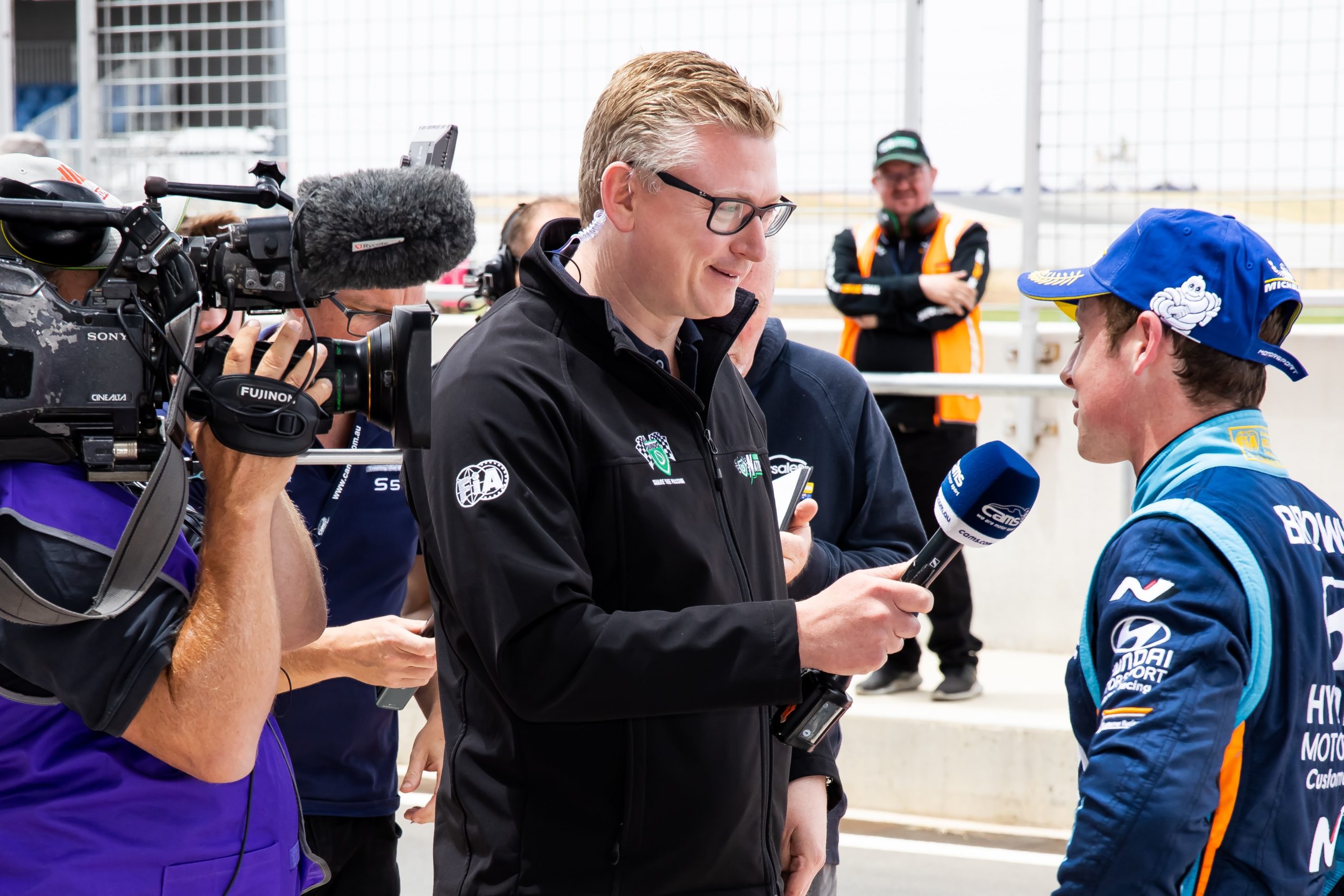 Alongside Chad Neylon, Noonan will commentate the combined Dunlop Super2 Series and Super3 Series that will take place at Sydney Motorsport Park.

With coronavirus restrictions in place and limits to on-site personnel, the pair will work remotely from the Fox Sports studio in Melbourne.

“I’ve always had a very open-door policy with anyone I’ve ever worked with,” Noonan told Speedcafe.com.

“Obviously there are some hurdles and challenges in trying to put a broadcast to air these days, and they gave me a call and I’m more than happy to do it.

“I’m looking forward to getting back and having a chinwag about car racing, which will be good.”

It will be the first time since 2014 that Noonan has been part of the commentary team for the Supercars feeder series.

Noonan said he’s looking forward to the weekend, which will see cars from Project Blueprint and Car of the Future era race alongside each other.

“I think having both in the same place at the same time is good for both,” he said.

“Having two series with 11 or 12 cars is not good for either of them, so to bring them together is a good thing.

“There’s a lot of unknowns because Sydney Motorsport Park is not a place that has had a lot of Super2 racing over the years, it’s only had one round before this weekend in the last 15 years.

“It’s hard to get a form guide from a track specific point of view, but it is a place that Super3 has run at a lot during its journey as Kumho V8 Touring Cars.

“It’s almost like the start of a new season for Super2 because it was so long ago since we saw them race in Adelaide.”

Despite residing in Melbourne, Skaife will be present for the forthcoming event in Sydney having not returned home in between events.

This weekend marks Round 2 of the Dunlop Super2 Series while it will be Round 1 of the Super3 Series.