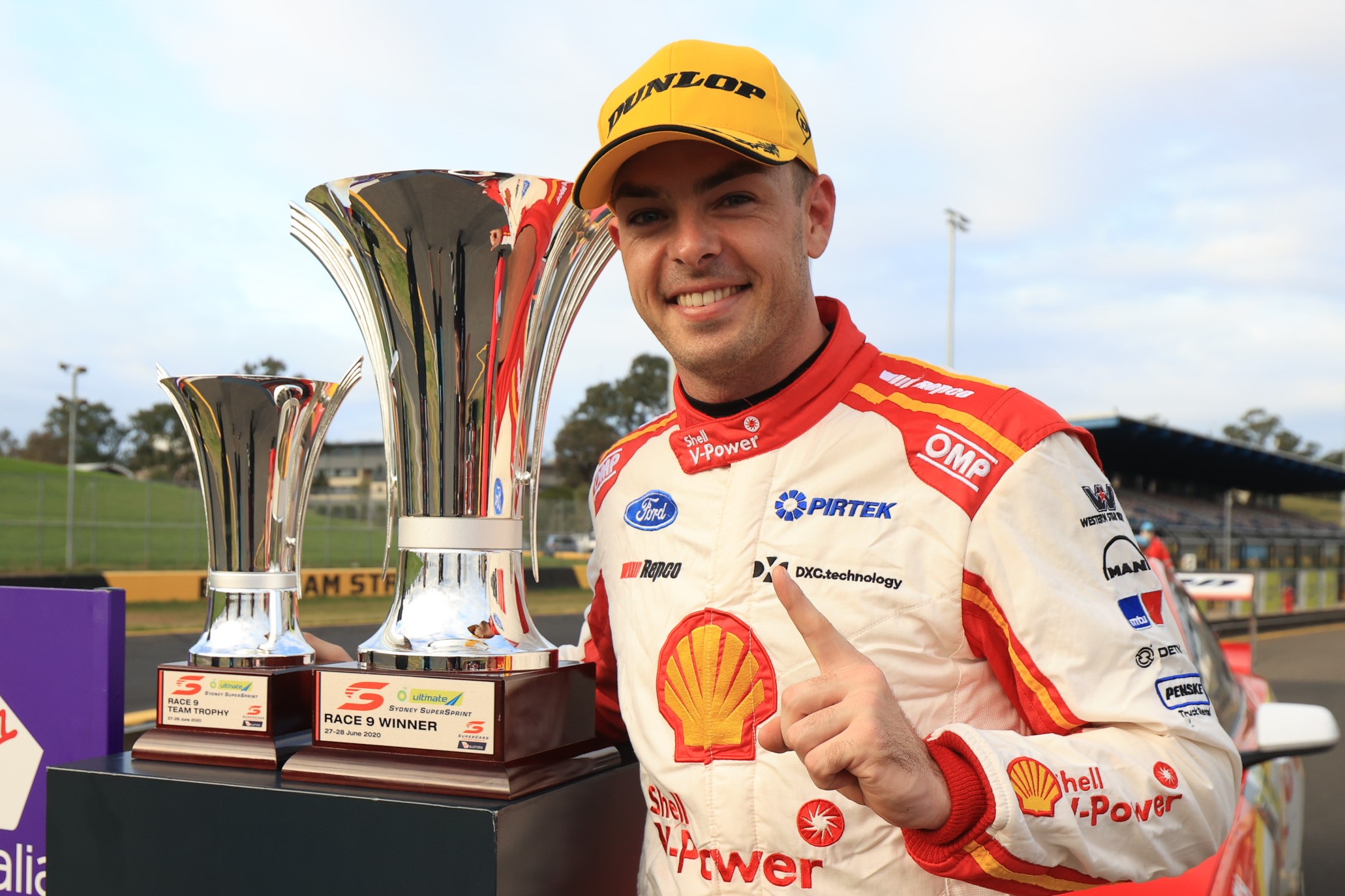 If McLaughlin was to win all three races in the Truck Assist Sydney SuperSprint, he would move to fifth on the all-time wins list. Two wins would put him on par with Brock.

Speaking with select media including Speedcafe.com ahead of Round 4, McLaughlin said going level with Brock would mean “a huge amount” to the championship leader.

McLaughlin paid tribute to his family as well as Garry Rogers, whom he began his full-time Supercars career with and claimed his first win for in 2013.

“I take pretty big pride in the stats and moving my way up there and It’s really cool to be able to do that with a great team,” said McLaughlin.

“I wouldn’t be able to do it without the people who have brought me up; my mum and dad and also going to Garry’s, learning the ropes there.”

Of his 46 wins, 38 of them have been with DJR Team Penske in either a Ford Falcon FGX or Ford Mustang.

His most successful season was in 2019 when he claimed 18 wins, eclipsing the previous record held by Craig Lowndes (16) for most wins during a single season.

“Now we’re blossoming with this team, it’s been a fantastic journey,” McLaughlin said of his success at DJR Team Penske.

“I came in at a pretty good spot. In 2017 we sort of hit the ground running and I’ve been able to have a great car, a great engineer, and to be able to just (culminate) that into wins and result is an absolute bonus.

“Like I said, I wouldn’t be able to do it without the people around me.”

The all-time winners’ leaderboard is led by seven-time Supercars champion Jamie Whincup on 117 wins who is trailed by Craig Lowndes (109), Mark Skaife (90), and Garth Tander (55).

McLaughlin will return to the track on July 18-19 at the Truck Assist Sydney SuperSprint.