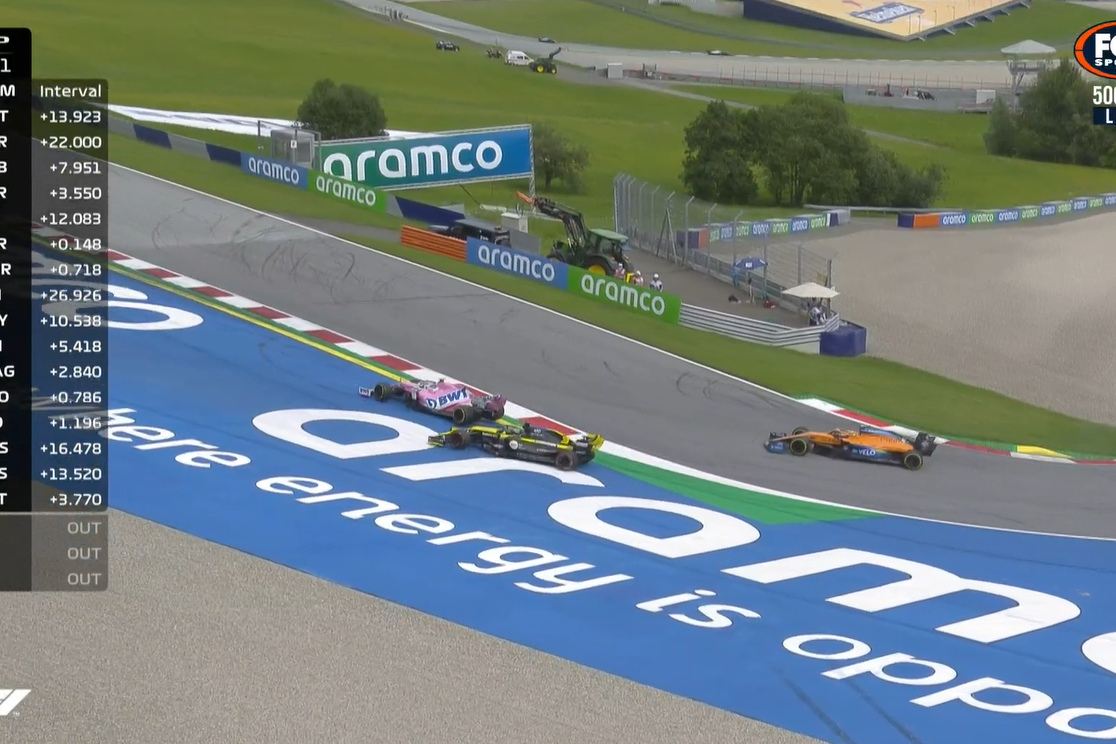 Lance Stroll’s lunge at Daniel Ricciardo on the penultimate lap of the Styrian Grand Prix has been deemed a racing incident for which he will not be punished.

The Racing Point driver went deep under brakes up the inside of the Renault at Turn 3 on Lap 70 of 71, which caused both cars to run beyond the track limits.

The battle allowed Lando Norris (McLaren) to also pass Ricciardo, but he was rebuffed by Stroll when he then tried to take sixth off the Canadian as they dropped towards Turn 4.

Stewards investigated the case of “Allegedly forcing another car off track in turn 3” but deemed that no further action was warranted.

“The driver of Car 18 made an attempt to overtake Car 3 on the inside on the approach to turn 3, causing both cars to leave the track shortly after the apex of turn 3.

“After reviewing the video evidence available, the Stewards determine that the incident is considered a race incident.”

Ricciardo was another 0.138s back in eighth, while Norris took fifth in the end.