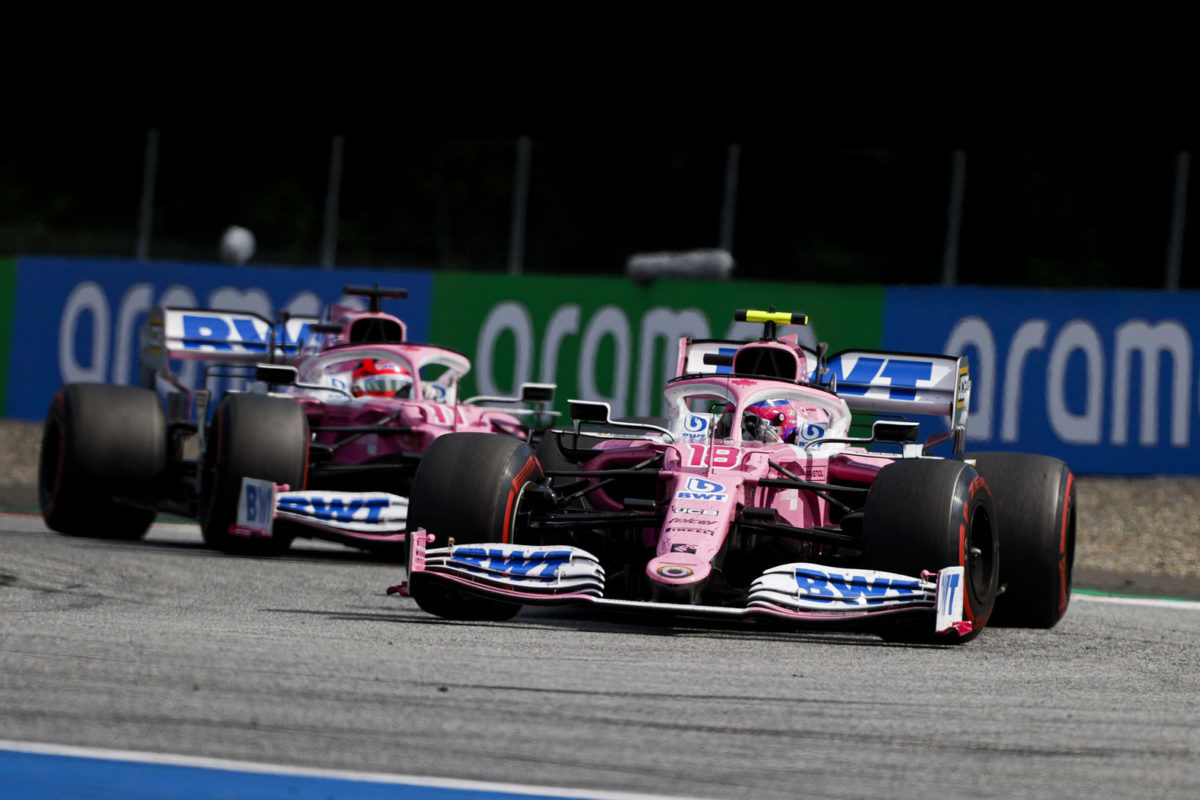 The Renault F1 Team has lodged a protest against Racing Point F1 Team over specific technical aspects of the latter’s car.

The 2020 Racing Point has been nicknamed the ‘Pink Mercedes’ due to its striking resemblance to last year’s Mercedes W10.

While the team acknowledges that it draws heavy inspiration from the 2019 championship winner, it claims all design work on the car is its own.

The pair finished the race sixth and seventh respectively, while the sole Renault to make the flag was Daniel Ricciardo in eighth.

Lodged following the Styrian Grand Prix, should Racing Point be found in breach of any regulations both Sergio Perez and Lance Stroll would be excluded.

While the sharing of some components between teams is allowed within the rules, that list is heavily restricted.

Appendix 6 of the Sporting Regulations also states that “A competitor shall, in respect of the Listed Parts to be used in its cars in Formula One, only use Listed Parts which are designed by it.”

Teams must retain the exclusive right to the design of parts and that, while outsourcing is permitted, it cannot be done so with a rival team.

“The FIA Technical Department representative was directed to seal and impound the relevant parts of cars 11 and 18 in preparation for conducting a detailed analysis of those pieces,” the Stewards report said.

“The representative is further directed to provide a detailed report to the Stewards with the findings and to include an assessment that matches those findings against the alleged infringements outlined in the protest.”

The investigation could see the Mercedes-AMG Petronas F1 Team drawn into the matter, with designs of its 2019 brake ducts likely to used as a basis for comparison with Racing Point’s.

It’s the second technical protest that has been submitted in as many events this season, with Red Bull protesting Mercedes’ ‘Dual Axis Steering’ system ahead of the Austrian Grand Prix.

However, in that instance the protest was lodged following the opening day’s practice, meaning should it have been deemed illegal it could have been removed from the cars ahead of any competitive running.

No date has been set as to when the next meeting to assess Renault’s protest has yet been scheduled.