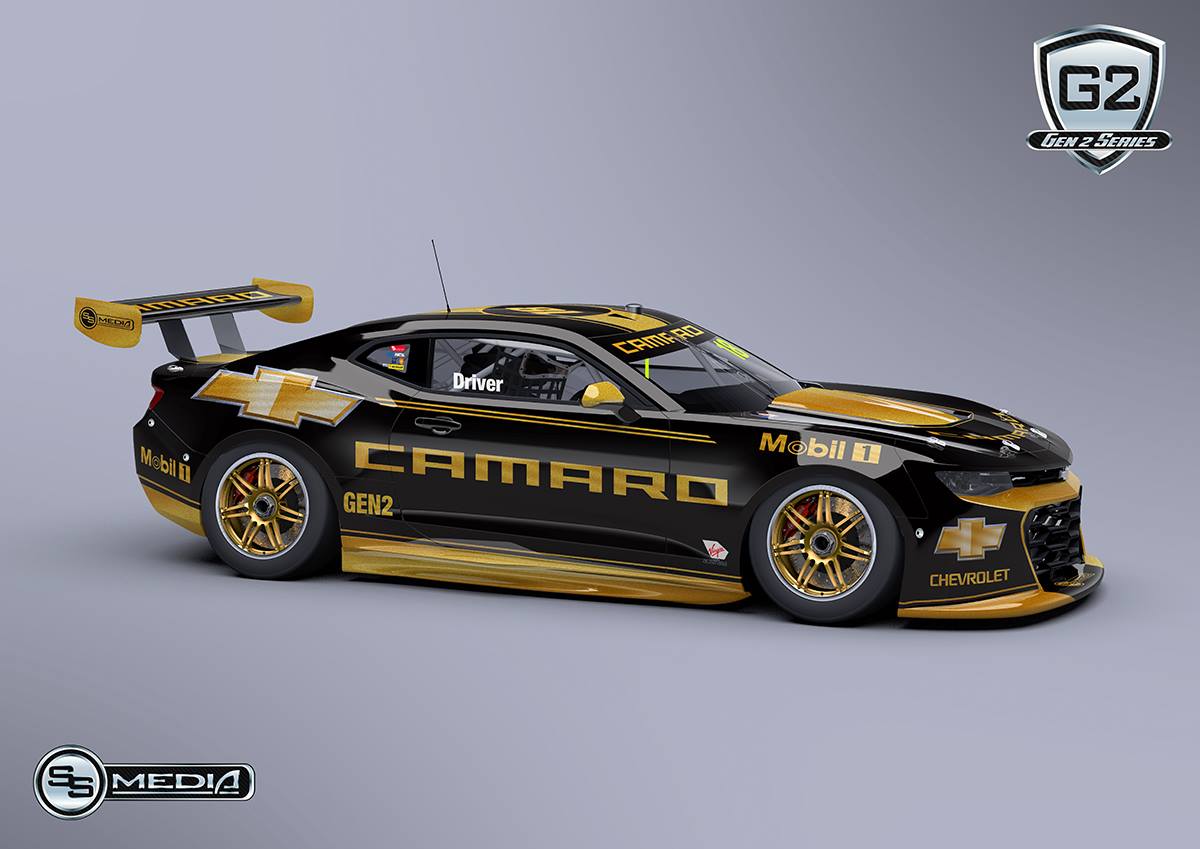 A Chevrolet Camaro under the Gen2 regulations render: SS Media

Soon the Chevrolet Camaro will no longer be sold in Australia, but should Supercars still pursue introducing the iconic shape and name to the championship?

For several years its Ford teams Tickford Racing, DJR Team Penske, et al raced the FGX, which went out of production in 2016 and was raced up until 2018.

Kelly Racing’s Nissan programme lasted until 2019 even though the road-going Altima – a car which never came with a V8 – was discontinued in 2017.

However, both examples were introduced when teams were backed by Ford and Nissan respectively.

So would Supercars look to add a runout model car to its grid?

With the demise of Holden announced earlier this year, Supercars is set to have just one manufacturer actively involved in the sport by 2021.

As a result, Supercars is in the midst of a philosophy shift with more focus on entertaining racing via its long-awaited Gen3 platform, which was originally slated for a 2021 introduction.

Attracting new interest has proven increasingly difficult even before COVID-19, so keeping Ford involved will no doubt be a priority.

Ultimately, if Supercars was invested in trying to attract manufacturers to the championship it would be racing Ford Rangers and Holden Colorados, utility vehicles that have dominated the motoring marketplace in recent years.

As discussions surrounding the development of Gen3 continues, the talk is of Supercars focussing its attention on intellectual property.

The idea is that Supercars or its teams approach a manufacturer to acquire the right to race a car that resembles Chevrolet Camaro, for example, and run it under that name.

Essentially, it’s an endorsement from the manufacturer and allows teams to race attractive looking cars.

Fundamental to Gen3 will be getting the look right, and allow scope for multiple platforms, whether that be Camaro, Mustang, or other models like the Kia Stinger and Toyota Supra.

With an apparent lack of interest from manufacturers to join the championship, the ball is firmly in the court of Supercars and its teams to choose what the grid looks like.

In this week’s Pirtek Poll, we want to know whether you think Supercars should still pursue the introduction of the Chevrolet Camaro under its Gen3 regulations for 2021.