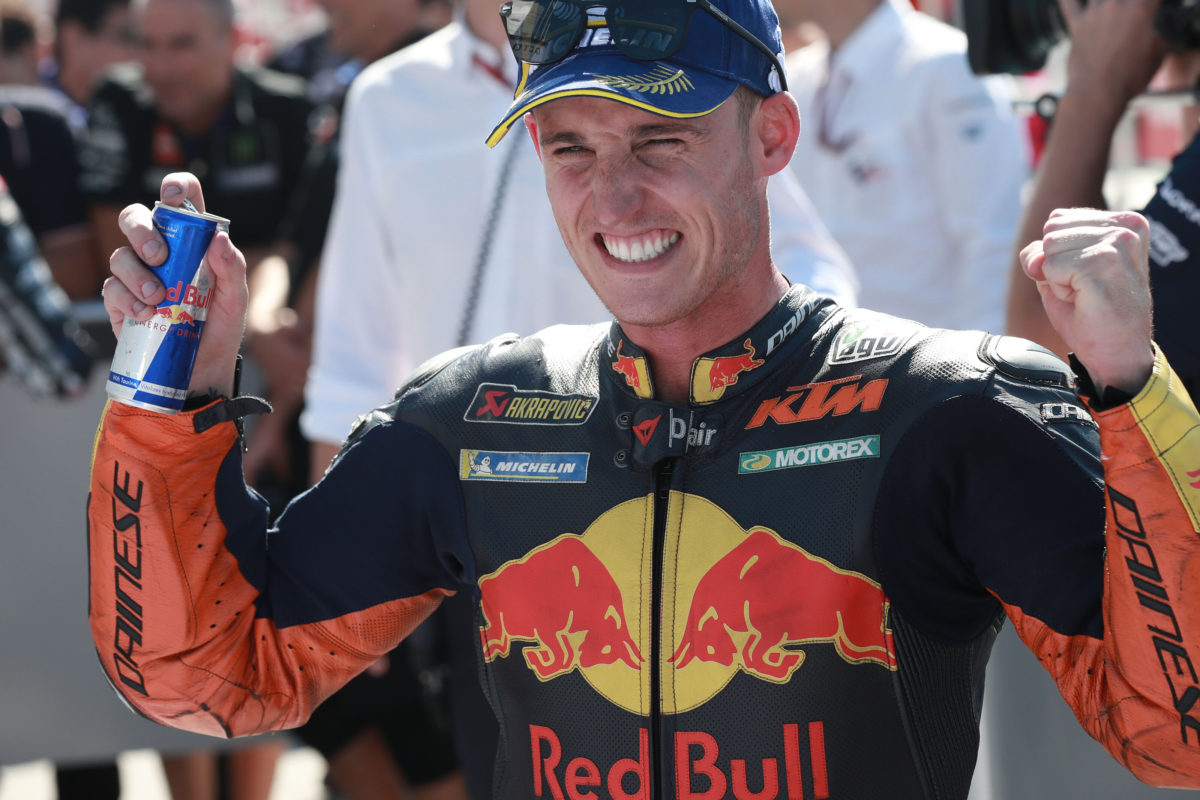 Honda has confirmed that Pol Espargaro will ride for its factory team from the 2021 MotoGP season, and Alex Marquez for LCR.

Espargaro will move across from Red Bull KTM Factory Racing to Repsol Honda on a two-year contract.

It is there where he will link up with Marc Marquez, ousting the world champion’s brother before he even gets a chance to race in MotoGP.

Alex Marquez will, however, remain within the Honda fold at its satellite team, LCR, at the expense of Cal Crutchlow.

Espargaro’s defection had come to be widely expected, and a switch to Honda’a factory team was all but a certainty once KTM revealed its quartet of riders for next year.

“Honda Racing Corporation are pleased to announce the signing of Pol Espargaro,” read a brief statement from the Japanese marque.

“The former Moto2 World Champion will join the Repsol Honda Team on a two-year contract.

“He will join eight-time World Champion Marc Marquez aboard the Honda RC213V.

“Espargaro is one of the most experienced riders on the grid, having raced in the World Championship since 2006 and with 104 premier class Grands Prix contested.”

The 29-year-old has a single premier class podium to his name but has been KTM’s clear leading rider since first saddling up on an RC16 in 2017.

The younger Marquez’s deal also secures his tenure until the end of the 2022 season.

“Honda Racing Corporation are proud to announce the renewal of Alex Marquez, extending his current agreement until the end of 2022,” read a separate statement.

“During 2020, the former Moto3 and Moto2 World Champion will race in the premier class aboard his Honda RC213V in the Repsol Honda Team.

“After winning the title in the intermediate class, Marquez has a whole season ahead to gain experience and make progress on HRC’s long term project, which sees the 24-year old Spanish rider join the LCR Honda Team at the end of 2020.”

Alex Marquez’s renewal marks the end of Crutchlow’s time with the team which fielded him for his three MotoGP race wins, an achievement to which Honda paid tribute.

“HRC would like to extend their thanks to Cal Crutchlow for his diligent and tireless work since joining HRC in 2015,” added the statement.

“With three wins and 12 podiums, the British rider has been a valuable asset on and off track – a constant source of excellent feedback for the engineers and a key part of developing the Honda RC213V in recent years.

“HRC wish him all the best in his future endeavours.”

The 2020 MotoGP season finally gets underway this weekend at Jerez, which will first host a test on Wednesday (local time).