Power: ‘I don’t know what to do any more’

Power: ‘I don’t know what to do any more’ 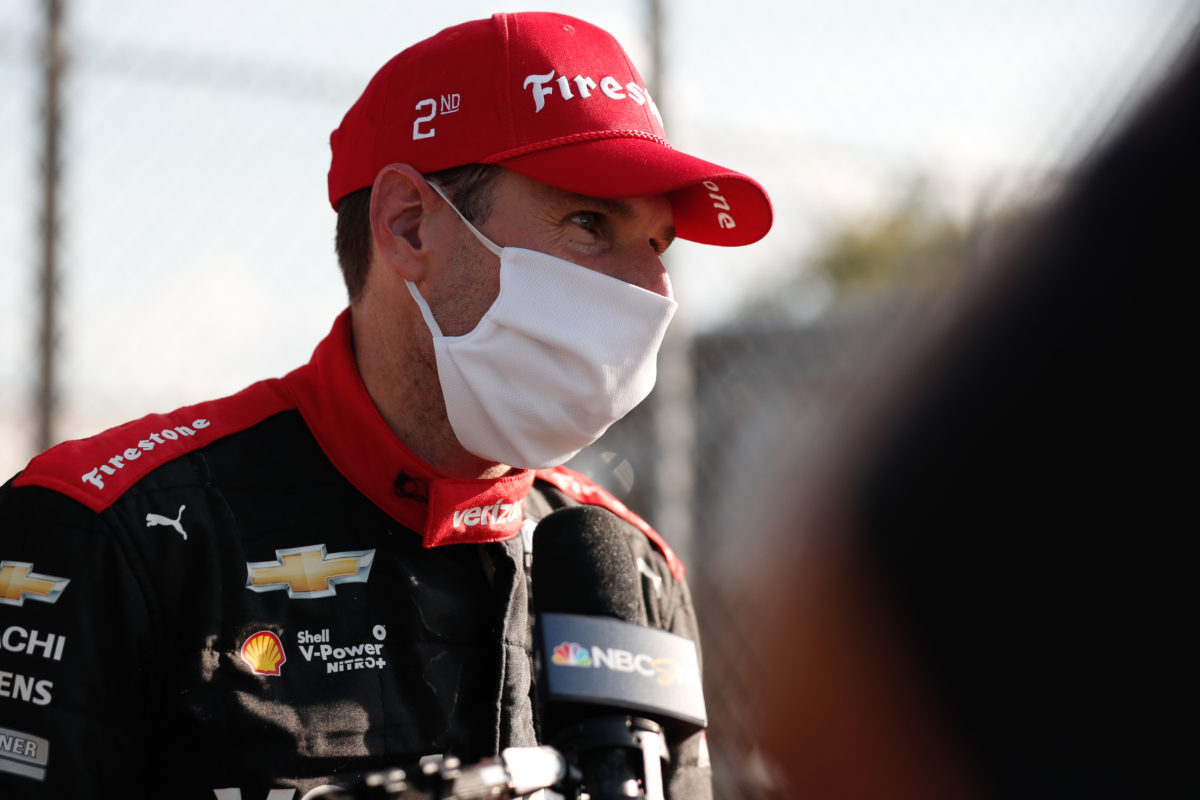 Will Power admits that “I don’t know what to do any more” after yet another pit stop drama cost him the lead to eventual race winner Scott Dixon at Road America.

Power held top spot when the first Caution of the race was called on Lap 38, which prompted all to pit when the lane opened.

However, a slow right-rear tyre change saw the #12 Team Penske car released after the #9 Chip Ganssi car which occupied the pit box behind.

The #9 crew just edges the #12 crew in the final stop of the race. @scottdixon9 now leads the field with just 15 laps to go #REVGroupGP // #INDYCAR pic.twitter.com/YzUt8ZxbTX

Dixon was not headed for the 16 laps which remained, notching up his third win from three to start the 2020 IndyCar Series, while Power fought off late pressure from Alex Palou to finish second.

While it was by far the Queenslander’s best result of the year to date, after finishes of 13th at Texas Motor Speedway and 20th on the Indianapolis road course, Power was left frustrated after a third drama in the lane.

It was also a right-rear problem which buried him in the field in the season-opener, while he stalled in trying to exit his box at the Brickyard after already being set back by an unfortunately timed Caution.

His issue in the pits at Road America was compounded by apparently having the wrong gear ratio in Car #12, consistent with his struggles at restarts.

“Unfortunately, we had to pit under yellow, and oh, man, I don’t know what to do any more,” Power told host broadcaster NBC Sports Network.

“We had the wrong gears in the car as well unfortunately, so that kind of hurt those restarts. It was a good day. We moved up to second.

“I just don’t know what we’ve got to do. We sit down as a team and understand how we can execute better. Especially when we just let wins like that go. I’ll have to look at the tape and see what happened.

“I think we had Dixon covered. He was pretty good, but I don’t think he would have gotten by us.”

Power rose from 15th to seventh in the series with that season-best result, but is now a full 83 points behind Dixon.