Mixed feelings for Ricciardo after escaping last on grid

Mixed feelings for Ricciardo after escaping last on grid 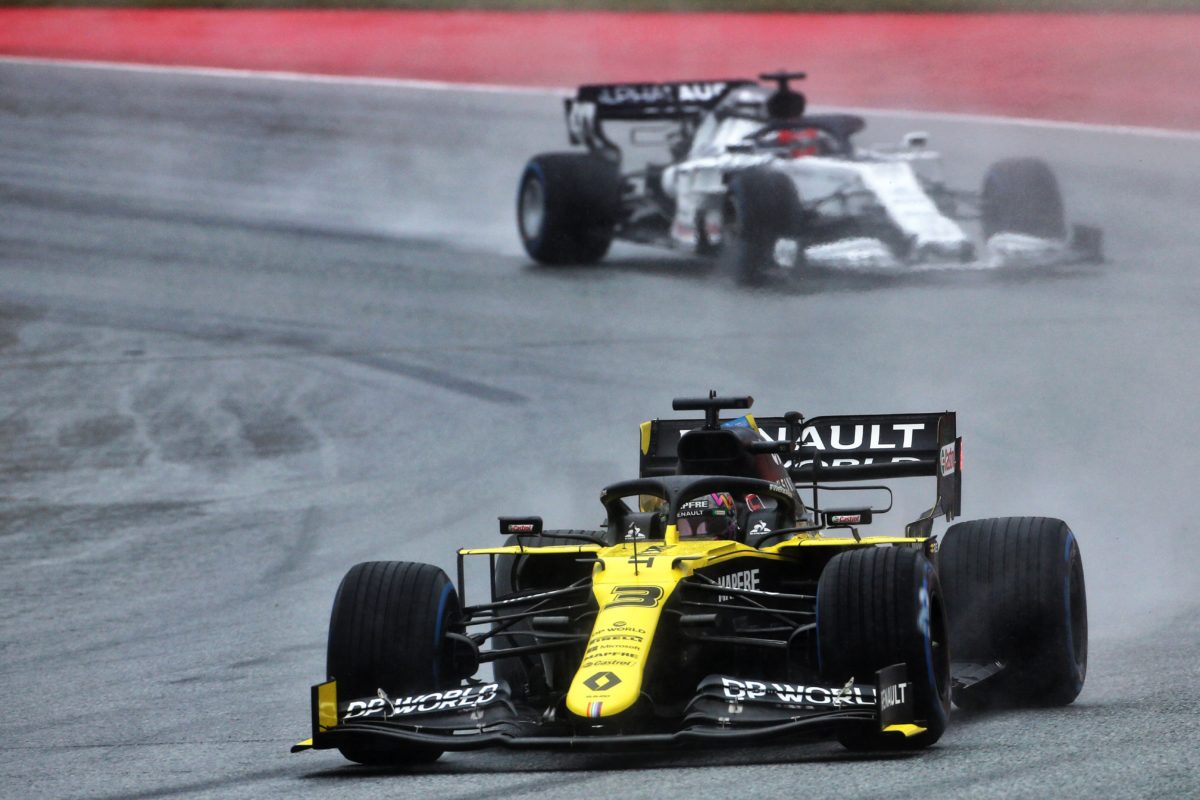 Daniel Ricciardo has mixed feelings after being outqualified by his team-mate but at least being able to escape starting the Styrian Grand Prix from last on the grid.

The West Australian was ninth-fastest during Q3 at the Red Bull Ring and is therefore eighth on the provisional starting grid courtesy of a penalty for McLaren’s Lando Norris.

In the other Renault F1 Team entry, Esteban Ocon earned fifth position in Qualifying with a margin of 0.270s over Ricciardo in a treacherous final 12-minute hit-out.

It could have been far worse for the latter, however, given he crashed without setting a time in Friday afternoon’s second free practice session.

When forecast heavy rain did come to pass, leading to the cancellation of Practice 3, Ricciardo was staring at a starting position of 20th until Qualifying got underway after a 46-minute delay.

“When FP3 got cancelled, I was like, ‘20th doesn’t look good right now,’” he recounted.

“So, I’m glad we got to qualify. I think it’s the first time we’ve driven this year’s car in the wet from memory, so it was nice to do a session and get to grips with it, and get into Q3.

“So, I’ll take it if 20th was my other option. But, just in the middle of that last session, I did a bit of a cool-down lap and tried to create some space and then I think the (tyre) pressures dropped, aquaplaning was getting tricky (and) it probably got away from me a little bit there.

“But not too bad, both cars in Q3. Just happy to make it through, obviously after (Friday). The mechanics did a good job repairing it. We can race from here. I’m okay with this.”

Ocon, who was underwhelming in his first grand prix for Renault at the Red Bull Ring last weekend, was pleased with his qualifying effort second time around.

The Frenchman does, however, believe he had even more pace which he was not able to show due to the decision to use two sets of wet tyres to get out of Q1.

“I felt confident straight away from the go, but we didn’t have new tyres in Q3 because we used two sets in Q1, which was a mistake,” said Ocon.

“From then on, it made Q3 a bit difficult, so I think there was performance left on the table.

“Each time it rains, I feel very comfortable in Formula 1.

“It’s been great to have those sensations again, very happy to be in the top five with my new team in this new season…

“Overall I think it’s a great starting position for tomorrow, and if it’s dry, we should have a great car as well, so I’m looking forward to it.”