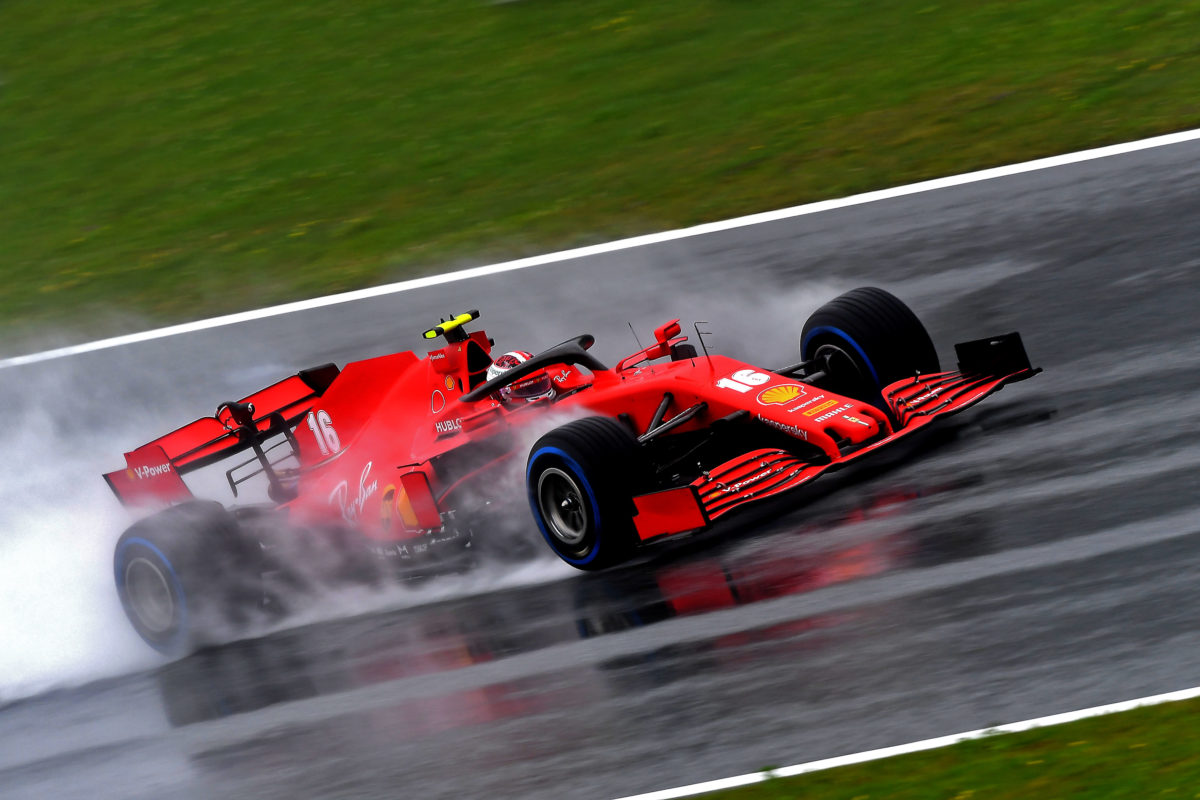 Charles Leclerc is set to start the Styrian Grand Prix further away from the top 10 after copping a grid penalty for impeding Daniil Kvyat during Qualifying.

The Scuderia Ferrari driver missed Q3 at a wet Red Bull Ring and was due to start 11th, but is now 14th on the provisional grid due to the penalty.

Stewards found that Leclerc had held up Kvyat’s AlphaTauri through the final pair of corners during Q2.

“The driver of Car 16 had been adequately informed by the team after turn 7 that Car 26 would be approaching and that he should watch out for traffic,” read the stewards report.

“Following this, he accelerated on the approach to turn 9, but eventually slowed down again after spotting another car in front of him in turn 9 in order to prevent having his following lap affected.

“Furthermore, the driver of Car 16 stated that it would have been impossible for him to see anything in his rear view mirrors due to the bad weather conditions.

“Video evidence and telemetry data clearly showed that the driver of Car 26 was impeded by Car 16 in turns 9 and 10.

“Although the weather conditions might have affected the visibility in the rear view mirrors and the driver had no intention of impeding another car, the Stewards determine that the driver of Car 16 must have been aware of Car 26 approaching, could have reacted differently and therefore impose the above mentioned penalty.”

Leclerc also found himself under investigation over crossing the control line with the red flag out at the end of Q1, as did Alfa Romeo’s Kimi Raikkonen.

In Leclerc’s case, stewards accepted that he was ‘committed’ to Turn 9 when the red flag was called and did not feel it safe to try and enter pit lane.

Raikkonen was also found to have been committed to the last corner of the circuit prior to pit entry and could not safely enter the lane.

Both were therefore cleared of sanction, as was Racing Point’s Sergio Perez for an alleged failure to observe a single waved yellow flag during Q1 for similar reasons.

The only other grid penalty issued so far has been to McLaren driver Lando Norris for passing under yellow flags during Practice 1, which sees Car #4 pushed back from sixth to ninth.

Mercedes’ Lewis Hamilton is set to start from pole position after finishing fastest by over a second in Q3.